Advertisement
Home / Opinion / Amid a senior vs junior tussle, everyone is very angry in the Congress

Amid a senior vs junior tussle, everyone is very angry in the Congress

DELHI DIARIES: See BJP's love for propaganda and how APP gets caught in its own politics 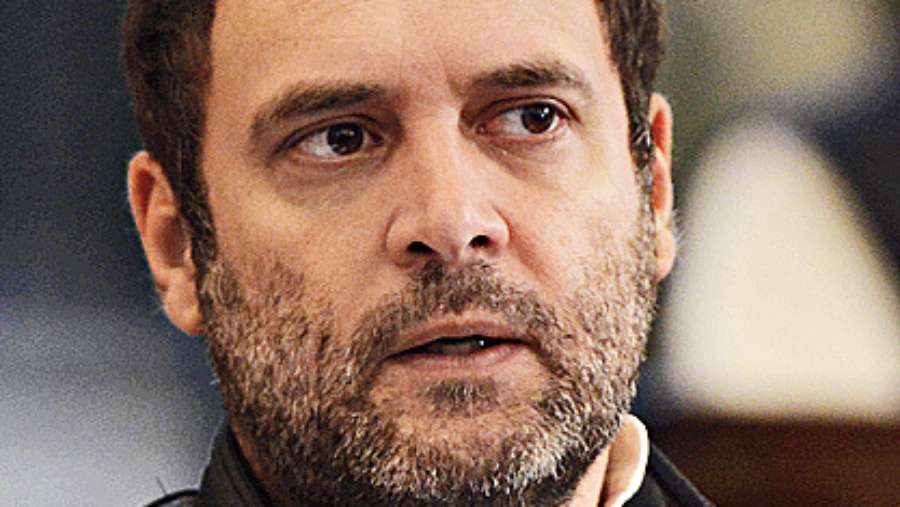 The battle between the old guards and the young guns of the Congress has aggravated so badly that a senior leader started using expletives even when he was completely sober while describing some of Rahul Gandhi’s choices. Reeling out names, he added, “Look at them. They are not jokers. They are the biggest jokes.” Another leader admitted off the record that “[t]he meeting Sonia Gandhi called was on Zoom. Had it been in a room, violence would have erupted. Some people deserved to be hit by shoes.” If this is the level of bitterness within the Congress, perhaps Rahul should forget about a revival for a while. Many senior leaders insist neither Sonia nor Priyanka Gandhi Vadra is happy with Rahul’s rigidity but he does not care. One insider explained, “Rahul has a casual approach to serious things. He thinks age is on his side and he can wait for five-ten years instead of bowing to compromise. But he should remember that senior leaders don’t hit back because of total reverence for Sonia Gandhi. Most of us won’t hurt her sentiments. We owe it to Rajiv’s memory and her own graceful behaviour.” Interestingly, Rahul’s choice for a key organizational post — KC Venugopal — is equally disliked by younger leaders. Some among his close aides feel somebody who knows the organization well should be given the charge. His predecessors — Janardan Dwivedi and Ashok Gehlot — knew most of the important Congressmen and women from every state. Venugopal, however, is satisfied with Rahul’s blessings and does not even make an attempt to meet party workers and leaders who come from across the country to communicate with the high command.

More power struggle is afoot in the Congress. The Congress veteran, Mallikarjun Kharge, was for long seen as chief minister material but for some reason he seems to have been never considered for the job. Now HD Kumaraswamy has lashed out at the Congress leaders for ignoring the advice of his father, HD Deve Gowda, to let Kharge lead the Congress-Janata Dal (Secular) government in 2018. Kumaraswamy recalled how some state Congress leaders forced him to take charge, obviously to keep Kharge at bay. Interestingly, it is the subsequent silence of PC Siddaramaiah that has lent heft to Kumaraswamy’s allegations.

The Bharatiya Janata Party government at the Centre does love propaganda. In the middle of a pandemic that seems to be getting worse each day, the party has continued with claims of India emerging as a strong and self-reliant nation. Surveys have also been put out to declare that the popularity ratings of the prime minister, Narendra Modi, have soared in the time of the pandemic.

But this week and the next seem to be a godsend for the party. The drum beating that started with the arrival of the five Rafale fighter jets will lead up to the bhoomi-pujan for the construction of the Ram temple in Ayodhya next week. There is also the anniversary of the abolition of instant triple talaq and Article 370. BJP managers have and will inundate people with their campaign, shifting focus from the pain and misery all around. The choice of the date of the bhoomi-pujan to coincide with the anniversary of the abrogation of Article 370 on August 5 is not innocent. There are also whispers that the arrival of Rafale jets could have been timed to help the cause of the propaganda machinery.

It is not every day that one gets to see two diplomats — serving their respective countries — take a swipe at each other in a third country. But in the increasingly no-holds-barred world of social media, that is exactly what the Twitterati was treated to after the Chinese ambassador to India, Sun Weidong, decided to take on his Australian counterpart, Barry O’Farrell, for contesting China’s claims in the South China Sea and criticizing its actions along the Line of Actual Control. Sun took the war of words over the SCS to Twitter, setting off two rounds of back-and-forth and making many wonder privately whether the Chinese ambassador, too, had been recruited for China’s wolf-warrior diplomacy.

After being mauled by its supporters online for agreeing to the Delhi police’s panel of prosecutors trying cases against anti-CAA protesters, and those implicated in the February riots, the Aam Aadmi Party chose to have a public spat with lieutenant-governor over the appointment of lawyers for these cases. The AAP disagreed with the police’s proposal to make the solicitor-general, Tushar Mehta, and others special counsels in the 85 cases related to the riots and protests. The LG insisted on going with the police’s panel and asked for a cabinet decision. But after the LG rejected the cabinet’s decision using his special powers under the Constitution, the AAP went on the offensive, accusing him of compromising the prosecution by removing its separation from the investigators. The AAP’s attempts at sending back detained Tablighi members or facilitating the minorities commission in holding the cops accountable were made outside the limelight, for the fear of alienating Hindus. This jeopardized its secular credentials and the spat was an attempt to salvage that.

The question plaguing the BJP’s Karnataka unit was whether the CM, BS Yediyurappa, is still the most powerful leader from the Lingayat community. With younger leaders in the fray, some thought that it is time for a change of leadership. Several weeks after talks by the younger leaders, the result is in favour of Yediyurappa running the show. What followed was a line outside the original Lingayat strongman’s door, perhaps to say, “let bygones be bygones”.