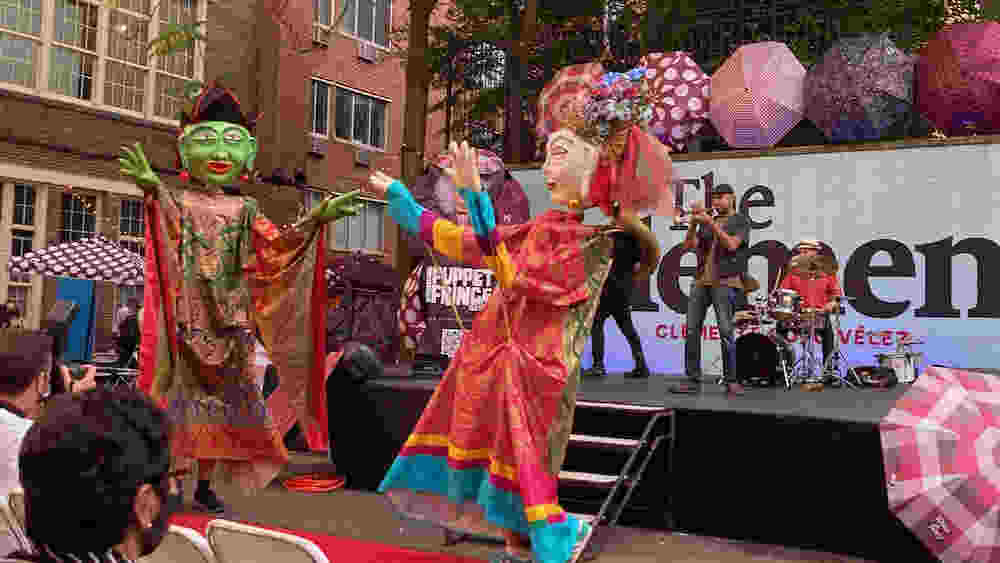 It is no surprise that New York City has a rich and diverse culture when it comes to the arts. But one art form that is not celebrated enough is coming to the city with a bang with NYC’s first-ever ‘Puppet Week’, which includes exhibitions celebrating live puppet theatre performances. This August, the International Puppet Fringe Festival, NYC is coming to the city in collaboration with the Museum of the City of New York. It will be free to the public and will have over 40 performances by creatives in the field as well as over 100 iconic puppet characters.

“During the pandemic, when our curtains couldn’t go up, our roster of puppet makers and puppeteers were eagerly preparing to enthrall audiences with their creative talents, and we can’t wait to finally share their work with you,” said Dr Manuel Morán, the founder of the festival, in a press release.

Some iconic puppets that will be present, ready to evoke nostalgia, include Punch and Judy, Oscar the Grouch and Lamb Chop, among others. The exhibition will take place in the Museum of the City of New York and the Clemente Center in the Lower East Side. It will include puppetry and performances by artists who have performed in past festivals, as well as those who continue to perform in the city today. It will explore how puppetry came to New York and how it has been shaped by both the city and the globe.

The iconic yellow taxi cabs in New York slowly dissipated as Ubers and Lyfts took over. Now, the existing ride-sharing services may be elbowed out by a new company called Revel who just got the approval to bring baby blue Teslas to Manhattan for its car service.

The company had butted heads with the NYC Taxi and Limousine Commission in the last few months over the approval owing to an existing cap on the number of new taxis allowed to enter the market, but it had an exception clause for electric vehicles. Now, Revel has the green light to bring in 50 Tesla Model Y SUV taxis into the city.

Revel does not rely on the community for drivers like Uber, but has a staff of full-time drivers with benefits and salaries like a traditional company. It is building superhub charging stations for its cars. A 20-minute-charge can take you an additional 100 miles.

The production and sales of electric vehicles are rising in the country and expected to continue in this trajectory, especially under the new president, Joe Biden. Biden’s “Build Back Better” plan includes lowering the country’s carbon emissions by 2030, and moving towards electric and hybrid vehicles is a major part of that plan.

In fact, the White House hosted an EV event on August 5 with executives from General Motors, Ford and Stellantis (formerly Chrysler) but Tesla — who owns nearly 80 per cent of the EV market and sells the most EVs — did not get an invite. Elon Musk, in a tweet, remarked that this was “odd”.

We enjoy seeing places and experiences ranked from best to worst and take to Yelp, Expedia and other sites for ratings. We are familiar with ranked hotels, restaurants and shops. Now, you can get to know about — and vote for — the best ranked bathrooms in the country.

Cintas is hosting the “2021 America’s Best Restroom” award and it has carefully selected a list of 10 finalists and invited the public to vote on its website. A surprising one on the list is a bathroom at the JFK Airport’s Terminal 4. Normally, airport bathroom experiences are associated with stress, stench and queues but this one made the cut.

Last year, the award went to Bancroft Park in Colorado Springs which is a self-cleaning restroom at the public park. The stalls were colour-coded to show occupancy, and water, soap and toilet paper were motion activated. Before the toilet paper ran out, the park maintenance manager would be alerted via an app. In 2019, the Nashville Zoo in Tennessee received the award because it is more than just a regular old bathroom — it has an indoor zoo exhibit inside the bathroom itself. The women’s bathroom features a family of six tamarins while the men’s has a floor-to-ceiling window with a ball python on display.

India’s 75th Independence Day is being celebrated not only in India but also in several states in the United States of America by the large Indian community living across the nation. The Federation of Indian Associations in the New York, New Jersey and Connecticut regions is one of the largest organizations representing Indian Americans and hosts robust events every year.

On August 15, the FIA is organizing free bus rides to Times Square from the Shree Umiya Dham temple in Edison, New Jersey, a city with a large concentration of immigrant Indians. At Times Square, the Indian flag will be hoisted. Later in the day, the Empire State Building will be lit up in the colours of the Indian flag as per tradition. The celebrations will then continue on a ticketed yacht, boarding at Hoboken, NJ with an eight-person table selling for $1,000.

Flag-hoisting and festivities also take place in other states. The India Association of Greater Boston — founded in 1962 — is celebrating with dance performances and food. It had even partnered with the American India Foundation earlier this year to help raise money for medical supplies for Covid relief in India. In Providence, Rhode Island the iconic ‘Capitol Hill’ building will be lit up in the Tricolour, followed by the singing of the national anthem. The governor will kick off the event by hoisting both the Indian and American flags as two exemplars of democracy.

The world’s most Instagrammed bookstore is in downtown Los Angeles. A UK-based website called the Knowledge Academy that studies Instagram hashtags concluded that The Last Bookstore in LA had the most hashtags as of February 2021. Second was Powell’s in Portland, Oregon. The next two were in Tokyo and Paris, although one in San Francisco ranked 9th. The Last Bookstore is located inside an old bank building and is designed with vaults, marble columns and arches in a 22,000 square feet space.