Around the world without moving an inch 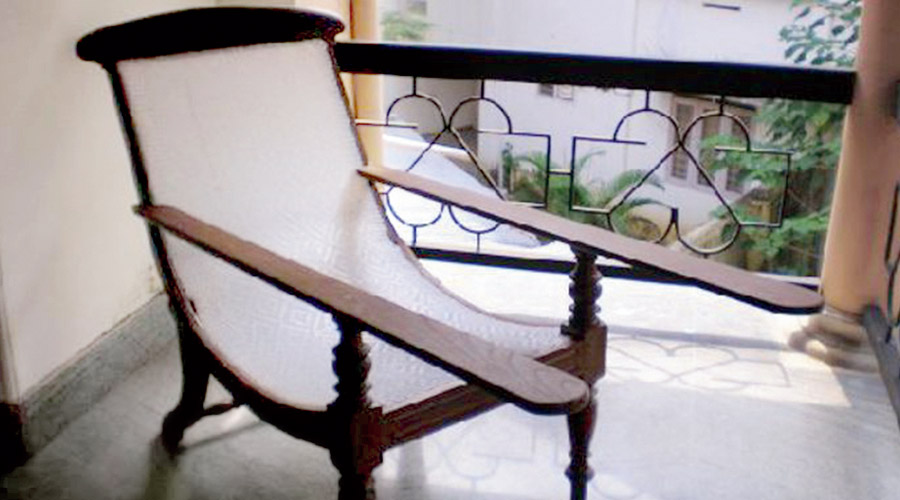 Shidhujyatha would have been horrified. A recent news report stated that the number of daily domestic fliers this winter had risen to 3.9 lakh by the end of December 2021, the highest since Covid crippled India. The figure fell — but only by a lakh — amidst definite signs of the onset of the third wave in the form of Covid’s Omicron avatar.

Shidhujyatha’s revulsion is unlikely to have anything to do with the violation of safety protocols that is inevitable in a country with an impaired civic consciousness. Jyatha’s grouse lies elsewhere: that people wish to travel in the first place. For Shidhujyatha is the foremost, albeit fictional, advocate of the concept of manas bhraman — armchair travel. In Sonar Kella — the film, not the text — he tells Felu and Topshe that even though he could have done many things, he chose to do nothing; instead, he sits, motionless, with the proverbial windows to his soul open to let in light and air. It can be argued that Shidhujyatha, unlike Manmohan, the advocate of crossings as a form of knowledge-gathering in Satyajit Ray’s Agantuk, was making a case for a cerebral life of immobility.

Shidhujyatha would have certainly found a kindred spirit in Immanuel Kant. The philosopher was never spotted too far away from his birthplace, Königsberg; he insisted that he had no time for travel since there was so much to learn — seated — about the world. This League of Anti-travellers should also include Joseph Hall, the pioneer of armchair travel writing, whose satirical and dystopian Mundus Alter et idem (Another World, and Yet the Same) can be read as a vicious spoof of The Travels of Sir John Mandeville. An eighteenth-century Frenchman can also be counted as the League’s honourable patron. Xavier de Maistre, Allen de Botton writes in an engaging article in Financial Times, had locked himself up in a room to study the ‘enchanting’ objects that lay closest to him. The result of his discoveries was the wonderful A Journey Around My Room — a travelogue that involved Xavier de Maistre ‘journeying’ from the bed to the sofa.

But the armchair traveller need not cover short distances only. Indeed, the armchair has helped the mind cross the veritable twenty thousand leagues, thereby serving as the allegorical pen that created canonical works in literature. Around the World in Eighty Days was written without Jules Verne having to circumambulate the planet. Rudyard Kipling could materialize “Mandalay” without stepping foot in that country. Then there is Chander Pahar, a rich, almost ethnographic, account, even though the distance between Africa and Bibhutibhushan Bandyopadhyay was infinite.

Ernest Hemingway or Jack Kerouac, the priests at the high altar of American travel writing, would have scoffed at the disingenuity of armchair bhraman. And they do have a point: the history of imaginary wanderings is replete with chicanery. David Ingram, marooned on the coast of Mexico after a battle at sea, went on to conjure a rather tall tale of an incredible journey across a virginal America: unfortunately, his claim of having spotted, among other improbable things, elephants in America raised serious doubts about the authenticity of his book. François-René de Chateaubriand, the author of several books, including Voyage en Amérique, went a step further, changing the nature of entire geographies with the help of his feverish imagination.

Yet, the point here is not about veracity. Or the tension between the literary imagination, which can dream up — realistically — other lands, and a moral felicity, the ability to describe and convey thoughts about places that the wanderer reaches in flesh and blood. The prejudicial attitude that informs the ethical argument against anti-travel could be attributed to an embedded asymmetry in culture. In his essay, de Botton expresses this imbalance concisely: “[T]hat the pleasure we find in new places is perhaps more dependent on the mindset with which we travel than on the destination. If only we could apply a similar mindset to our own rooms and immediate neighbourhoods, we might find these places becoming no less fascinating than foreign lands.” Interestingly, he also perceives humanity’s house arrest at the hands of Covid, complete with Work from Home and periodic lockdowns, as an opportunity to rediscover this inner, peripatetic eye: “We will — one day — recover our freedoms. The world will be ours to roam in once more. But during our collective confinements… we might come to cherish some of what is granted to us when we lose our customary liberties. It cannot be a coincidence that many of the world’s greatest thinkers have spent unusual amounts of time alone in their rooms. Silence gives us an opportunity to appreciate a great deal of what we generally see without properly noticing…”

Another compelling argument against tourism, principally luxury travel, comes from Tyler A. Donohue in an essay, “How You Travel is New Age Colonialism”, in which he argues that the template of high-end travel — the global luxury travel market is set to balloon to over 12 billion dollars in 2025 — resembles a model of neocolonialism that curates, usually to the disadvantage of local economies, landscapes and cultures disproportionately, leading to the consumption of distorted settings. There is also the ecological critique of travel: emissions linked to the transportation of tourists are expected to constitute 5.3 per cent of the total man-made Co2 emissions by 2030.

There is, however, little scope for undermining the fruits of journeys in the annals of mankind. From the migration of modern man’s ancestors from Africa to Eurasia, to the age of discoveries that dawned with the explorations of Marco Polo, Zheng He, Christopher Columbus, Vasco da Gama, Pedro Álvarez Cabral et al, to, subsequently, the bloom in international trade and, ultimately, the era of colonial enterprise — sojourns have led to tectonic shifts in the plates of civilization.

But whatever be the guise of the traveller — crusader, king, merchant, explorer, slave-trader, empire-builder — those with roving eyes have ended up transforming, usually for the worse, the very world that they had sought to wander in.

Now, the world has struck back in vengeance.

Climate change, terrorism, the growing seduction of the still-expanding Virtual Reality ecosystem and the pandemics waiting in the future could, stake holders in the travel industry fear, upend itineraries periodically, forcing humanity back to the armchair.

Did we hear Shidhujyatha cackle?