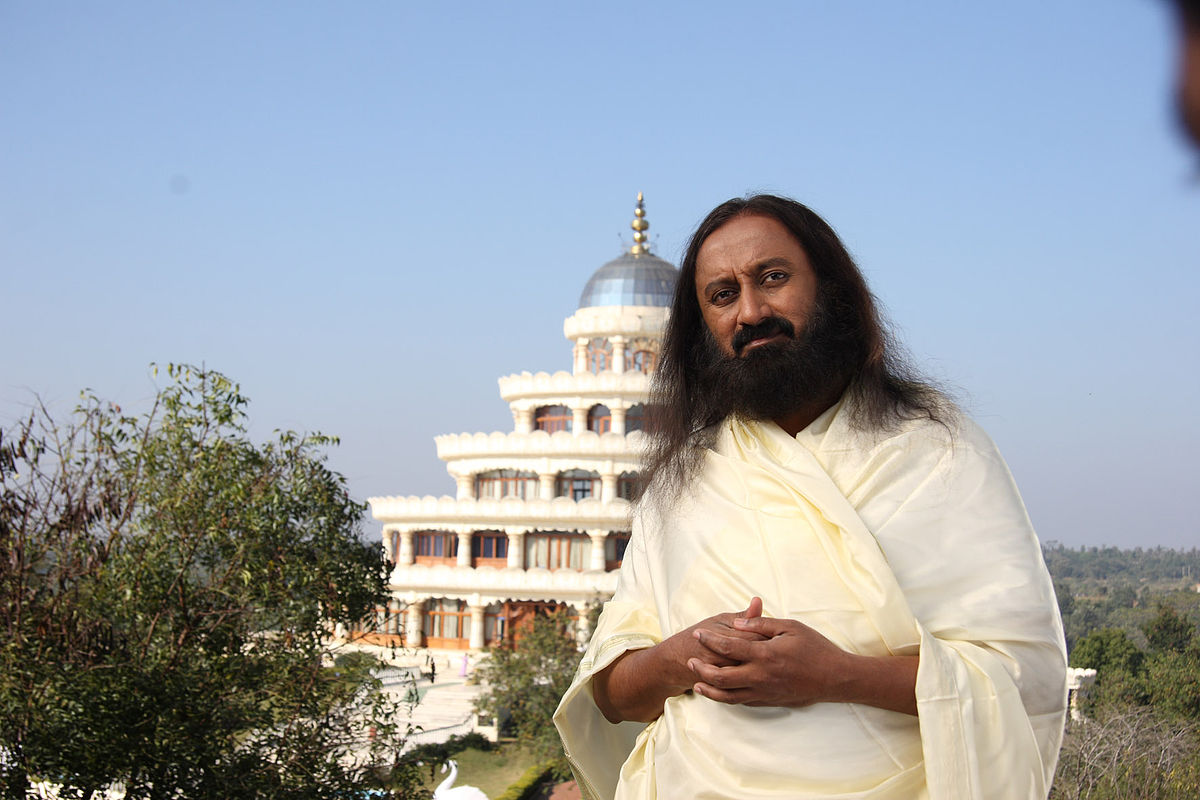 Ravishankar never tires of saying, "Truth is not linear, it is spherical. So it has to be contradictory. Anything that is spherical is always contradictory.” Also convenient on earth, if not in the divine echelons.
Dieterschmidt1958 / Wikimedia
Upala Sen   |     |   Published 10.03.19, 06:16 AM

While God is talking directly to his men in these miraculous times, his men — the chosen ones and those waiting to be picked — continue to depend heavily on social media to communicate with their flock. Telephony trumps telepathy, or for that matter any -pathy. After it came to be known that spiritual leader Sri Sri Ravi Shankar (SSRS) had been appointed by the Supreme Court as a member of a panel to mediate the Ram Janmabhoomi-Babri Masjid case, the man himself tweeted lauding the move. He added, “We should not leave any stone unturned in resolving this burning issue amicably.” There was a second message about the need to keep egos and differences aside and “come together with a spirit of honouring & accommodating the sentiments of the communities concerned”. So far so good.

And yet some of us remember that the last time he spoke on the issue, he was not turning any stones, not mincing any words, merely stating in no uncertain terms that the solution was a grand temple. He had said in 2017: “If the issue has to be resolved forever, the only solution is that a grand temple is constructed with cooperation of both communities.” And mind you, this was coming from a self-confessed “open mind”. Which statement of SSRS should we take more seriously? Do the recent tweets hint at a rethink? Not impossible. Is he contradicting his earlier statement? Quite possible. For as he himself never tires of saying, “Truth is not linear, it is spherical. So it has to be contradictory. Anything that is spherical is always contradictory.” Also convenient on earth, if not in the divine echelons.

SSRS comes in peace. His mission, according to his Twitter bio, is to see a smile on every face. So what if the senior citizen made that comment about Malala Yousafzai not deserving the 2014 Nobel Prize for Peace — a “political prize” which in any case he wanted no part of. Malala may or may not have smiled but the thing to remember is that truth is spherical. And it is bound to be contradictory. SSRS is a man of his word. His website has the tagline — “My vision is a stress-free, violence-free world”. And quite predictably you are wondering who violated the Yamuna floodplains. Well, in 2016 SSRS’s Art of Living (AoL) Foundation organised a three-day World Culture Festival on the flood plains. The National Green Tribunal submitted a report that March accusing AoL of causing “serious” environmental damage. Eventually though the Delhi and UP governments rubbished that report, gave AoL a near clean chit. What God would have said, only God knows. But the man of God responded thus. First, he blamed the Central and state governments and the NGT itself for granting permission to AoL to host the festival. “If the Yamuna was so fragile and pure, they should have stopped the World Culture Festival,” he said. Was he suggesting that the Yamuna is not pure or fragile? Would he who is so deeply invested in rejuvenating the Ganga mean disrespect to this riverine cousin? Come now, never. As he said, “The Art of Living, that has rejuvenated 27 rivers, planted 71 million trees, revived several ponds, is being projected as destroying a dead river.” Truth is spherical and it is contradictory. And it is in the custodianship of God’s chosen few. The rest of us with limited access to truth and God must patiently await the Ayodhya mediation to unravel.