Agricultural reform is necessary, as is farmers’ agency 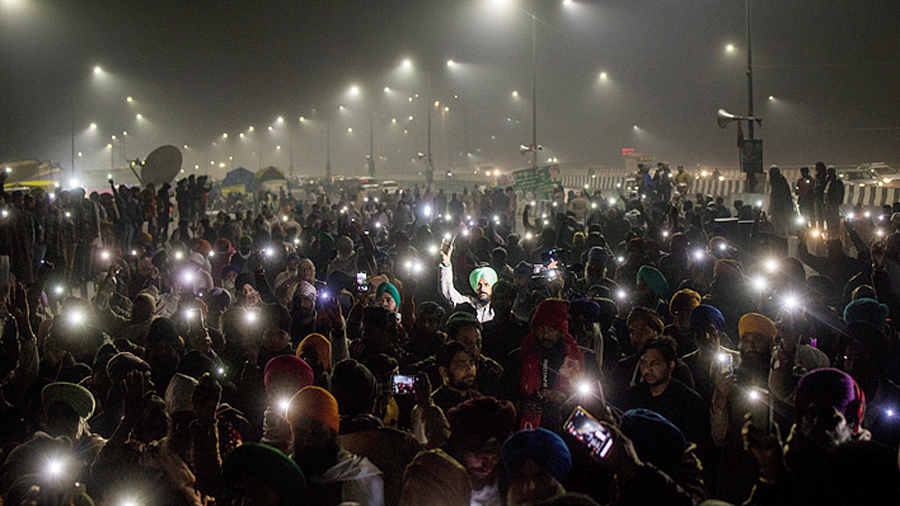 Agriculture and education are two unique and enduring achievements of human beings. The former nourishes our bodies, the latter our minds; these are two essential aspects of human existence. While agriculture enabled humans to settle down in one place and start living in communities, education unlocked their minds, opening them to new ideas and innovations. In recent times, the Indian Parliament has made significant changes to these two aspects by amending the farm laws and introducing the National Education Policy. I wish to take up agriculture in this discussion.

The changes proposed to the farm laws seek to modernize agriculture by opening it up to the private sector. This can be compared to the opening up of the telecom sector to private players in the 1990s. Allowing private operators in telecom presented many more options for consumers who were no longer dependent solely on the Bharat Sanchar Nigam Limited in the public sector. More people could acquire phones and avail of better facilities. Before privatization, the waiting list for a telephone connection was four to five years. BSNL was hampered by outdated technology and was unable to provide connections or extend other facilities. However, acquiring new technology required huge investments. Of the two possibilities — one, investment by the government and, two, allowing the private sector to invest — the government opted for the latter.

Accessing facilities like online bookings or payments using mobile phones has become the new normal. Even though mobile phones use high-end technology, they are designed to be very user-friendly, especially smartphones with touchscreens. This has considerably reduced the dependence of the user on literacy, thus making the technology less elitist. The growth in this sector has become a remarkable social phenomenon. India is part of the global connectivity now. Despite the digital divide, those who initially opposed the privatization of telecom are now its regular users and beneficiaries. Had the telecom sector not been liberalized by succumbing to the protesters, many would still have been waiting for a landline telephone connection.

However, on closer scrutiny, we begin to see some structural differences between agriculture and telecom. In the telecom sector, the common people are the consumers whereas in agriculture, the farmers, an important section of the common people of India, are the producers and sellers. In the telecom sector, the private corporations are suppliers whereas in agriculture, they are the consumers. It is necessary to reflect  on whether this difference in the agent’s position as a consumer or a producer has different implications.

The options before a consumer — the opportunity to select one product or service provider over another — are different from the options before the seller. For instance, while a consumer can easily switch networks or phones, the producer has to invest substantial resources, time and energy to present a product to the consumers. This involves conceptualizing an innovative product, designing it and testing it before the product can be delivered to consumers in the market. An effective marketing and sales plan also needs to be drawn up to deal with stiff competition from rivals. In this model, the producer must be armed with the requisite resources and planning to beat the competition and win over the consumer.

The picture is reversed in the agriculture sector, where the farmers are producers and suppliers. At the outset, let me clarify that the question is not whether we need reforms or not. The question is whether the farmers in India have the resources, the technology, and the planning and strategizing capability to play the role of producer and supplier to corporate consumers. Here I am echoing a point raised by Y.V. Reddy, the former governor of the Reserve Bank of India, in a different context. When the then Indian government proposed to allow foreign banks in India Reddy disagreed, pointing out the variance between foreign and Indian banks.

Similarly, we need to find out if large sections of our farmers are equipped with enough financial resources, access to modern technology, and the required infrastructure to harvest, process, store and transport their products. Traditionally, farmers have been able to manage their work in different ways. The proposed reform makes it necessary for the farmers to deal with the private sector more in line with corporate expectations.

The agricultural sector in India needs significant reform. Despite the availability of advanced agricultural scientific knowledge and technology, agricultural scientists and farmers have not been able to implement these. Then there are the unscrupulous mandis that regularly exploit farmers. However, farmers need to first be prepared and equipped to deal with the new changes before any reforms are introduced.

As part of this preparation, the states can start collecting primary data on agriculture across the country, an area that remains understudied. In this context, the suggestion made by J.C. Kumarappa soon after Independence is worth considering. He had suggested collecting village-wise data on what each village produces, how much it consumes, and how much surplus or deficiency there is. This will provide a clearer understanding of the current state of agriculture in India and enable the states to assess the farmers’ actual requirements and equip them accordingly. This would prepare farmers to deal with their corporate consumers by creating healthy competition and circumventing possible risks. This is a rare opportunity for the Indian State to promote the welfare of farmers and become a pioneering role model.

This opportunity is related to a unique legacy. Swami Vivekananda and Sri Aurobindo formulated a model, which aspired to reframe the traditional along with the modern. It is this model that we need to turn to at this time. Agriculture in India largely remains within the traditional domain while corporates inhabit the modern arena. We need to devise ways of calibrating these two different domains by carefully studying modern institutions and traditional agriculture practices and formulate a unique solution suitable for modern India.

This is somewhat like the film, Lagaan. A weaker team from an Indian village takes on a superior English one. While the English players were overconfident and complacent, the weaker team was busy strengthening its internal resources, identifying strengths, and planning strategies for the game ahead. This is a lesson we can learn from the film and strengthen our farmers before exposing them to the corporate sector. The State can play a unique and vital role in equipping farmers.

A. Raghuramaraju teaches philosophy at the Indian Institute of Technology,Tirupati