Advertisement
Home / Opinion / After the apocalypse

THE THIN EDGE | A fable from the future 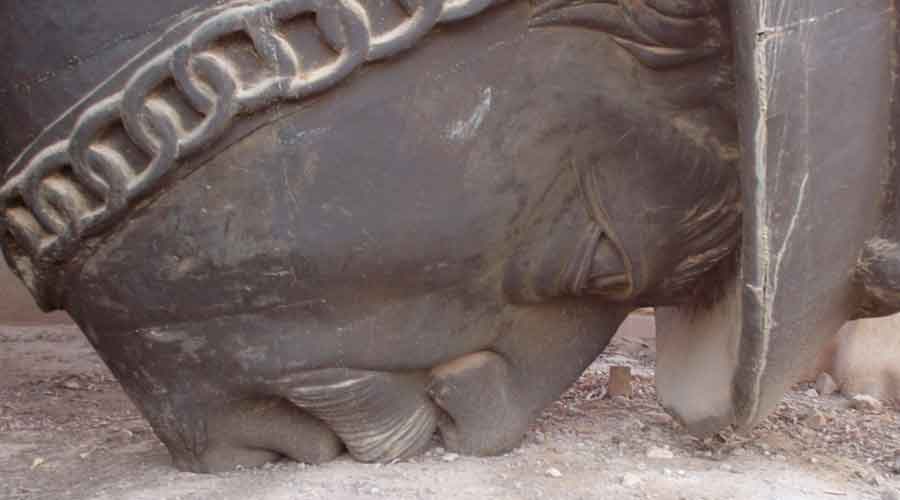 When the rule of The Hijackers finally got over, it ended neither with a bang nor with a whimper. There was no one moment you could pinpoint as the ending. That balloon filled with toxic helium did not suddenly burst one day. Nor did it steadily deflate in the way balloons do when you undo the knot. Instead, the thing began to lose volume, almost infinitesimally, and grew smaller and smaller, some pockets still holding the gas, while other bits of the plastic-latex subsided into wrinkled skin the colour of rotten oranges. If we allow ourselves to replace the analogy of a balloon with the other, well-worn comparison to an octopus, the tentacles of the regime began to lose suction and, then, became gangrenous, shrinking or dropping off one by one; the head of the creature remained unmoving in the capital city, but the multiple eyes that could see in every direction developed terminal cataracts and became sightless one by one. A tentacle could still jerk and sting and cause death and destruction, but now the depredations of the creature became uncontrolled and random.

The times continued to be terrible, the scarcities brought about by economic devastation horrendous, the environment in unrelenting meltdown, the country gouged by a dozen interconnected mini-civil wars. The times continued to be hellish, so people didn’t even notice at first that The Hijackers had gone, their surviving leaders and funders had Disappeared in a maze of vapour trails left by departing private jets, the second rung and the third rung of the regime had melted back into society, their proud uniforms burnt or buried, the traces of their allegiance mostly wiped, their CVs rewritten, as had happened so many times in the past with other Strongman dispensations in other countries. It took a while for the people to notice that the new thugs who had captured some zones of power were no longer deploying the old rhetoric of The Hijackers. So, gone were the exhortations of religious superiority, gone was the automatic targeting of minorities as ‘the enemy within’, gone was the barrage of falsehoods constantly manufacturing fake history, gone was the ceaseless propaganda propping up the personality cults of the Hijackist cabal, gone were their puppet mouthpieces in newspapers and TV channels, their lapdogs yapping lies as news, their IT cells radiating poison on social media.

Gone too was the old Republic that The Hijackers had taken over with loud proclamations about the glories of democracy. That semi-coherent contraption of a country, which in its experiments was attempting what no other people had achieved, had been deliberately laid to waste by the Hijackist vandals. Everything the country had been known for, a ramshackle but working democracy with a free media and proper freedom of speech, a country where, unlike so many of its neighbours, the military played no role in politics, a multi-religious, multi-ethnic nation, a struggling but growing economy, moving towards a more egalitarian distribution of wealth, a place of great creativity and academic excellence, a land with world-class centres of learning in the sciences, humanities and the arts, where the leadership and the educated classes were becoming increasingly aware of the dangers of environmental collapse and climate change and what they needed to do to counter this — all of this had either been wiped out or seriously damaged and put back by decades.

It took people some time to fully realize the devastation The Hijackers and their tiny-minded, self-destructive ideology had wreaked grotesque agonies upon a huge section of the world’s population. As the apocalyptic effects of the Hijackist regime’s rule continued to cause misery after their departure, it took time to stop the rot, to stabilize somewhat, and to assess the damage.

When people looked back, they were appalled by many things. The first was the way in which The Hijackers pulled off their heist in incremental tranches. First were the initial promises: corruption-free development, good governance, tireless work towards the betterment of people — of all people — exponential increase in the ease of doing business, huge investments from abroad, an efficient economy burgeoning to several trillion dollars and bringing good days to the whole population. Then came the distractions, the bread and the circus, some populist schemes, some spectacle and rhetoric, the building of the personality cult of The Leader using taxpayers’ money for expanding the ‘Brand’. Then came the lunatic economic trapeze acts and the gutting of any transparency protections on election finances. Side by side with all this came the increased attacks on the minorities and the lowest, most beleaguered, sections of the traditional hierarchical system. Added to these was the brick-by-brick dismantling of all democratic checks and balances, the extended corruption of the different investigation and enforcement agencies, the perceived enfeeblement of the judiciary, the take-over of the country’s media.

Looking back, people could see that democracy in the country was hollowed out in two ways: one, the very process of elections was nibbled away at from the inside, with officials openly biased towards the ruling party, with a huge imbalance in the money available to the ruling party and the Opposition parties, with a tame media only putting out the messages from the people in power. Two, the idea of daily democracy that was not just centred on elections but on debate, consultation and public protest was put under serious assault with much of the non-party Opposition being labelled ‘anti-national’ and ‘traitors’.

Looking back, what The Hijackers intended was clear from before they came to power. What was truly horrifying in retrospect was the acquiescence and enthusiastic participation of so many of the various officials who had sworn an oath not to The Hijackers but to the Constitution of the Republic. Be they the tax authorities victimizing some NGO and letting some oligarch defaulter escape, whether it was the Chief Investigation Agency misusing draconian anti-terrorism laws to falsely imprison activists for years and causing the deaths of some of them in prison by deploying the most naked double standards and twisted readings of evidence, it was these ‘normal’, ‘middle-level’ men (mostly men) who were the real engine of the destruction of the Republic.