Advertisement
Home / Opinion / A world of learning: the journey of Padmanabh Jaini

A world of learning: the journey of Padmanabh Jaini

An appealing feature of Jaini’s autobiography is the acknowledgment of debts to his intellectual mentors, loving sketches of his teachers 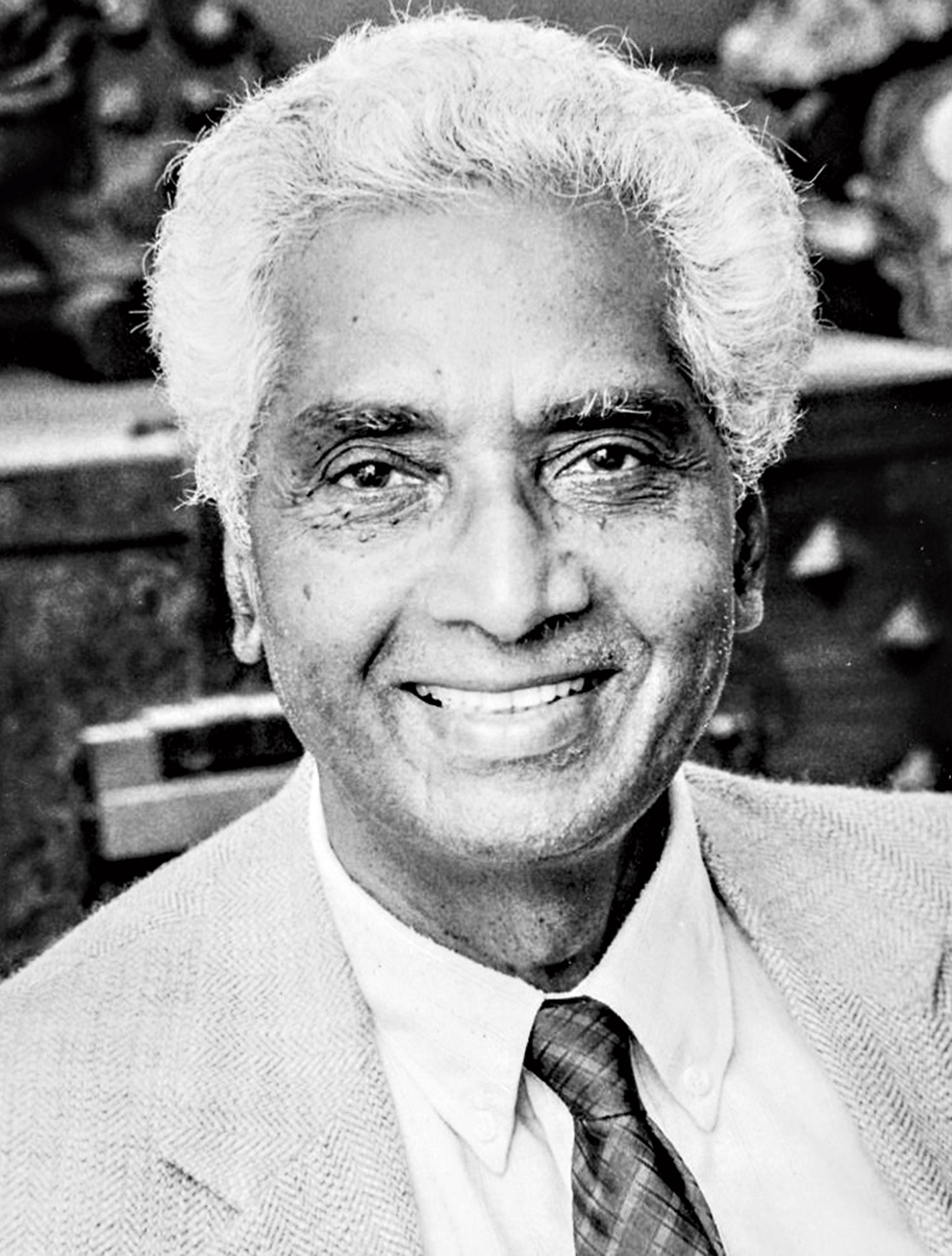 Padmanabh Jaini was a great authority on Buddhism and Jainism, with a profound knowledge of texts in half a dozen languages.
Scanned from the cover of Coincidences (Yogayoga)
Ramachandra Guha   |   Published 15.03.19, 06:53 PM

In 1998, while teaching at the University of California at Berkeley, I befriended a scholar much older and far more learned than I. This was Padmanabh Jaini, a great authority on Buddhism and Jainism, with a profound knowledge of texts in half a dozen languages. Jaini was gentle and understated, prone to reflection rather than argument or polemic. It is said that opposites attract, and this was certainly so in my case. Padmanabh Jaini is one of the two or three living scholars I most admire.

The professor has now published his memoirs, a slender work of 135 pages, entitled Coincidences (Yogayoga). This begins with his birth in 1923 in a Jain family of modest means in coastal Karnataka. His father was a village schoolteacher, his mother a homemaker who, remarkably for her place and time, published poems and essays in Kannada magazines. Among Padmanabh’s most vivid childhood memories are those of the temple of the thousand pillars in Moodbidri, built in the 15th century. As he writes, “[T]he most memorable event there was the laksha-dipa, held once in a while, when (at the drawing away of the curtain) a hundred thousand small oil-lit earthern lamps would glow, from both sides of the central image to the entire length of the inner shrine, giving us a glimpse of the infinite enlightenment (kevala jnana) attained by the Jina.’

Padmanabh grew up speaking Tulu and Kannada. His father taught him Hindi and some English, while his mother made him memorize the names of the tirthankars of the Jain tradition. His father had “high ambitions” for his son. At the age of 10, he was dispatched across the subcontinent to the town of Karanja, in Vidarbha, to join an ashram school that imparted the sort of education not to be had in his native Tulu Nadu.

Padmanabh already spoke three languages fluently. However, the language of his new place of residence was not one of them. He thus recalls his first day in the school in Karanja: “I stood there on the vast playground, all alone for a long time, wondering how I was to live without knowing Marathi, what the script was and how to learn it, frightened and homesick.”

Immersion in scholarship helped overcome his homesickness. Life in the school was bound by a strict timetable and set of rules. The boys got up at 5 am, had a bath, assembled for prayers, after which they studied on their own until the morning meal. From 10 to 4 there were formal classes, followed by exercise, dinner, and a final round of prayers before bedtime.

After three years of rigorous study, Padmanabh was transferred to a more advanced school of Jain learning, situated near Kolhapur. His first visit home, five years after he left it, is described here with emotion. After a long journey, involving several changes of trains and buses, “I ran into my house and fell at the feet of my grandmother, who was sitting with her japanmale beads for her evening prayers. Soon my uncle Padmaraja arrived and we had a busy time crying. He first took me to the nearby basadi [shrine] for the evening arati and sought blessings for me.” A “month of enjoying the pleasures of feasting on choice dishes, visits to relatives and friends, and offering prayers at several basadis” followed, after which Padmanabh returned to his school in distant Kolhapur.

Padmanabh matriculated in 1943, whereupon he proceeded to Nashik for his Bachelor’s degree. Here, a kindly Jain merchant appointed him warden of a boy’s hostel, where he had to instruct the kids in return for the fees required for his college education. In Nashik, he studied Sanskrit and Prakrit texts, with such diligence and dexterity that his principal said he must leave this “small provincial place” to make his name in a larger city.

The aspiring scholar’s next stop now became Ahmedabad, where, again, a munificent merchant offered board and lodging to see him through a Master’s degree. In this city that was once Mahatma Gandhi’s, Padmanabh learnt Gujarati on the streets and Pali in the classroom. He was now increasingly interested in Buddhism, and hoped to make a comparative study between the textual traditions of that faith and his own.

Padmanabh Jaini finished his MA in 1949. Gandhi had died the previous year, but, before his martyrdom, had asked for a scholarship to be endowed in the name of his friend, the Buddhist scholar Dharmanand Kosambi. A chance meeting in Bombay with another disciple of the Mahatma, Kaka Kalelkar, led to Padmanabh being chosen the first Kosambi scholar, and being sent to Sri Lanka to study Pali more thoroughly. While he was in Colombo a World Fellowship of Buddhists was held in that city. Among the delegates was B.R. Ambedkar, “who had announced on this occasion, to tremendous applause, that Buddhism was the only saviour for the caste-ridden Indian society”.

An appealing feature of Jaini’s autobiography is the acknowledgment of debts to his intellectual mentors. He presents loving sketches of his teachers in Tulu Nadu, Karanja, Kolhapur, Nashik, Ahmedabad, Bombay and Colombo, of their characters and styles of scholarship, and of what they taught him. There is a particularly fine portrait of Acharya Narendra Dev, who was vice-chancellor of the Banaras Hindu University when Jaini joined BHU as a lecturer in Pali in 1952. A close associate of Gandhi’s and of Nehru’s, a freedom fighter who spent many years in British jails, Narendra Dev was also a considerable scholar of history and philosophy. They don’t make politicians like him anymore; nor university administrators either. Narendra Dev gave Jaini the kind of nurturing care that is absolutely beyond the personal or intellectual capability of any vice-chancellor in India today.

At BHU, Jaini met a professor visiting from England, who was impressed enough to offer him a job at his own institution, the School of Oriental and African Studies in London. The shy native of Tulu Nadu spent a decade in the British metropolis, teaching students during term-time and scouring manuscripts across Southeast Asia during the vacations. He travelled through Burma, Cambodia, Indonesia, Thailand and Afghanistan, visiting old temples and finding rare manuscripts. He even saw the Bamiyan Buddhas, destroyed many years later by vandals who, as Jaini notes here with admirable detachment, could of course never destroy the teachings of the Buddha himself.

Padmanabh Jaini’s own impressive list of publications had now attracted the attention of the American academy. In 1967, with a wife and two young children in tow, Jaini joined the faculty of the University of Michigan at Ann Arbor. Five years later, they moved across the country to California. So, as he writes, “we were now literally on the shore of the Pacific Ocean, and it appears as if my train, leaving Nellikar, Moodbidri, Karanja, Nashik, Ahmedabad, Banaras, London, and Ann Arbor, had now reached its terminal, my final stop here in beautiful Berkeley”.

Padmanabh Jaini’s arduous journeys in search for knowledge make for exemplary reading in our own age, when information of all sorts is accessible online. However, Google and YouTube can make one lazy and complacent. Without access to either, and driven by his own inner enthusiasms, Jaini acquired learning in a manner and with a comprehensiveness inconceivable for someone born in the 21st century.

Indeed, in his background and style of scholarship, Jaini was exceptional even in his own generation. Consider, for example, the careers of his great contemporaries in the American academy, Amartya Sen and Jagdish Bhagwati. Both grew up in affluent, well-connected homes, and with easy access to the language of status and power, English. Sen was the son and grandson of university professors; named by Rabindranath Tagore, he was educated at the best institutions in India and the world, namely, Presidency College, Calcutta, and Trinity College, Cambridge. Born and raised in Bombay, Bhagwati was the son of a Supreme Court judge (and brother of another). He, like Sen, took an undergraduate degree at Cambridge. Both were mentored by famous international scholars; whereas Jaini was taught by men from the mofussil who, while both learned and devoted to their students, were not even well known within India.

I write this not to disparage Sen and Bhagwati, whose intellectual achievements are colossal, but merely to highlight how very special Padmanabh Jaini’s life has been. He is a remarkable man, and a remarkable scholar. I hope his memoirs are widely read.