A Tagore brother that time forgot

Besides nurturing Rabindranath Tagore's genius, Jyotirindranath enriched Bengali culture through his own contributions 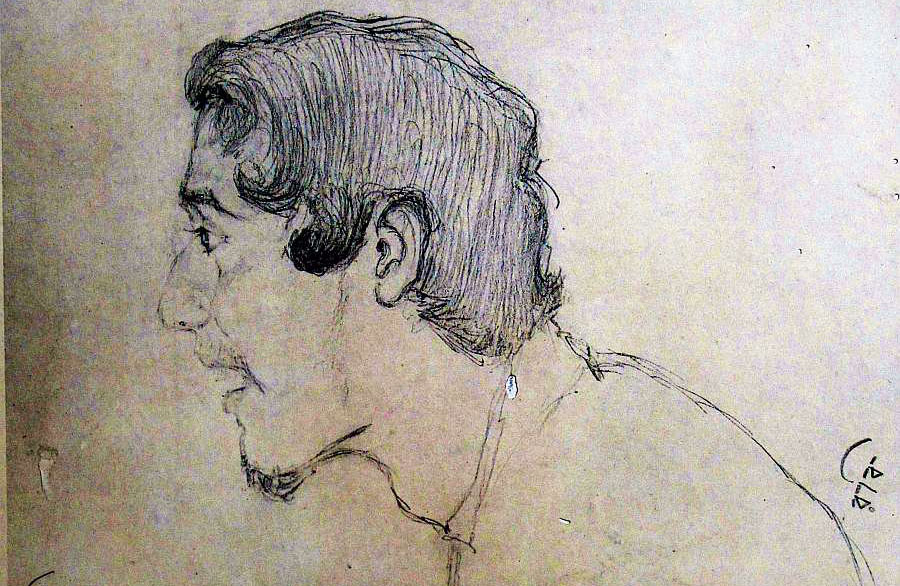 The poet’s fortnight, or kabi paksha, marking Rabindranath Tagore’s birthday on May 7 in 1861, is still celebrated with an outpouring of song, dance, recitation and plays. Perhaps not all the singers recall that one style of musical notation they use was originally formulated by Jyotirindranath, Rabindranath’s older brother. Jyotirindranath was born on May 4, 1849, almost exactly 12 years before Rabindranath. The oldest brother, Dwijendranath, poet, philosopher, and a master of private humorous verse, had also created a method of notation; Jyotirindranath’s came a bit later. This was just a tiny part of the joyous creativity that resonated in the Jorasanko household in the 1860s and ’70s, in which members of the family as well as friends, teachers, acquaintances and visitors participated with equal enthusiasm.

At this time, Jyotirindranath shone the brightest in a brilliant galaxy of talents. He was writing songs and composing music on the piano to which his friend, Akshaychandra Choudhury, and the teenage Rabindranath often put the words; he was writing thrilling plays with the declared intention of arousing a sense of national pride, as well as social satire and farce, all of which became hits on the professional stage; he was dressing up — sometimes in female roles — and acting on the family stage with his brothers, cousins, nephews and later, nieces and even his wife; he was singing, playing the sitar, the piano, the violin and the harmonium; the portraits he started drawing as an inattentive boy in class were growing into a massive portfolio, each image extraordinary for finesse and quiet expressiveness; he was translating classical and contemporary works from French and Marathi as he would later translate Sanskrit plays — and he was, according to his contemporaries, astonishingly handsome. Beautiful, too. A British visitor to the greenroom behind the Jorasanko stage retreated in embarrassment, mumbling, “Zenana! Zenana!” when he came upon Jyotirindranath dressed as a nati.

He nurtured the young Rabindranath’s unconventional genius, recognizing and respecting its potential, when most of the family felt that the youngest son was turning out to be useless. Rabindranath’s intimate participation in his older brother’s creative processes was immeasurably important in his own development, as significant as the former’s practical encouragement — in founding the journal, Bharati, for example, for the budding poet to write in, or simply reading and singing together. It seems mysterious that kabi paksha should pass each year with no recollection of the brother who is intrinsically linked to the poet’s development and who was also born in the same month. And that is apart from Jyotirindranath’s own contribution to the enrichment of Bengali culture through literature, music and art. Although he never stopped writing or translating, he withdrew from public sight in later life. Evidently, that was enough for his world to forget him.

Jyotirindranath’s ardour and creative energy had their ballast in the burgeoning power of the Brahmo religion, the practice and celebration of which were priorities for him and his older brothers, including Satyendranath. It was the primary spur to their creation of songs and tunes. The youngest started adding to the repertoire a little later. There was also the nationalism of the time, very different from what it means now. Writing plays and songs to create a distinct identity for a colonized people, for example, or patronizing and participating in the Hindu Mela, with its indigenous wares and games, were sincere, passionate activities, but also a lot of fun. Nabagopal Mitra, writer and patriot, one of the founders of the Hindu Mela as well as, among other institutions, of the National Press and the National Circus, was affectionately called “National Nabagopal” by his equally engaged peers. The common family notebook, in which family members and visitors were welcome to record thoughts both serious and frivolous, was inaugurated by Jyotirindranath towards the end of 1888. There the lively next generation of Tagores, too, expressed themselves with insight and high-spirited irreverence. Balendranath, his nephew, linked patriotism and bedbugs in a short note. Why not send the British bedbugs in bottles? They would grow weak from loss of blood while Indians could preserve their strength with the bedbugs gone.

The fun and frolic were not a mark of shallowness but of the freedom to think, create, challenge and change the world with positive energy. Jyotirindranath was so serious about making plays convincing on the family stage — the Jorasanko Theatre — that for a forest scene he had half the garden torn up to be stuck on the sets together with live glow-worms, each priced at two annas for those who caught them. For Valmiki Pratibha, he decided on two egrets, hapless stand-ins for the kraunchas. He failed to shoot them, so he bought them from a bird-seller. These slightly mad beginnings evolved into the modernistic stage sets of Rabindranath and Abanindranath.

Of the many sabhas that Jyotirindranath founded, of which some flourished in the sphere for which they were meant, such as literature and music, the Sanjivani Sabha was supposed to be, for some reason, deeply secret, perhaps because its goal was to awaken nationalism. Hence all its communications were in code, a cipher whereby its code name became Ham-chu-pamu-haf. One of its tasks was to formulate pan-Indian attire. Jyotirindranath created a combination of pajamas and a dhoti, and headgear that put a turban on a sola hat. He alone among the members of the committee — which included the youthful Rabindranath — had the temerity to wear this in public. No one can say he did not try.

Phrenology — the pseudoscience of equating bumps on the skull to mental traits — was very popular in the West at the time, and one of Jyotirindranath’s favourite activities. Although he wrote seriously about it in the journal for children, Balak, that his sister-in-law had initiated, it also seemed to have a relationship with his ceaseless portrait drawing. A friend of his loved to be phrenologically examined — it soothed him to sleep. Jyotirindranath had told Ishwarchandra Vidyasagar, whose bust Indians love to break simply because he represents a sea of learning, unwavering reason and the determination to demolish society’s darkness, that he desired to examine him phrenologically and draw his portrait. The great man was willing, but he died before this could be done.

This account has not done any justice to Jyotirindranath’s enormous achievements, partly because it was important to emphasize the joy, big-heartedness, humour, the combination of serious goals and high-jinks, sense of happy collaboration, and the atmosphere of freedom he encouraged and also revelled in. He was extraordinary, but the culture of creativity amid constant questioning, experimentation and laughter that he inhabited has left our lives. It is true that changed economies and social arrangements cannot be expected to generate similar equations; it is also true that institutional pedagogy and criticism have developed fixed protocols, schools and their own politics that often smother the excitement of creative exploration with grimness. We were not bequeathed a joyless culture in which language loses its beautifully insane edge — painfully still defended by poetry. But poetry is not everyday life.

In praise of madness, it might be said that the West may have its March hares, but that month is not mad enough for us. It is not just the two Tagores who push up the madness barometer in May with their mix of the profound and what is frankly off the rails, but Satyajit Ray too. And his film, Goopy Gyne Bagha Byne, that makes unwilling adults into hopelessly hopeful beings, was based on a story by his grandfather, Upendrakishore Ray Chowdhury, born on May 12. The magic descends through Sukumar Ray, the master of sublime nonsense.

Is there a way to salvage this redemptive insanity?