The end of liberalism 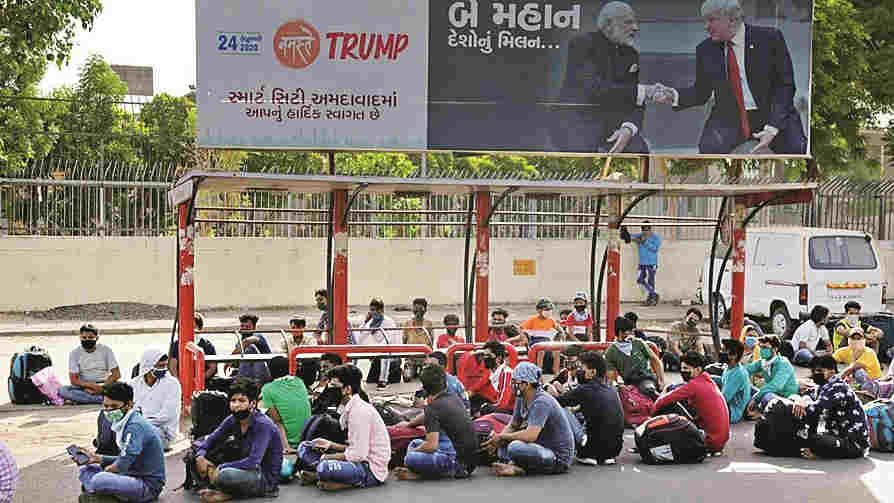 Authoritarianism can be both competitive as well as collaborative, and is becoming a worldwide phenomenon, marking the end of liberalism.
File picture
Anup Sinha   |   Published 10.09.20, 03:05 AM

Those who follow international political developments have observed that there has been an increase in the number of countries with authoritarian heads of state. Surprisingly, most of these governments headed by authoritarian leaders have been democratically elected through reasonably free and fair elections. After being elected, they have in some cases postponed elections or made themselves heads of state, commander of the military, and chiefs of their political parties. However, other heads of state have been termed as authoritarian for the activities and practices they promote or promulgate within the democratic process. In other words, authoritarianism is no longer linked to the political science text-book definition of a government that does not conduct elections on a regular basis.

After the Second World War, with the retreat of old-time colonialism, a number of nations, in spite of their hard-earned independence, could not prevent internecine conflicts and turned to dictators who became military commanders as well. In many cases, these leaders were supported by large business corporations with economic interests. This was observed in Africa and Latin America and in some countries in Asia. Gradually, during the 1990s, more and more nations began to turn to democracy with elected representatives as a superior means of governance. Multi-national institutions like the United Nations were pleased to notice this trend of expanding representative democracy. It was the high tide of liberalism modelled along Anglo-American political and economic structures.

Liberalism, very broadly, was built upon two pillars: parliamentary democracy and free markets. Within this brand of ideology, there were shades of difference. For instance, there were those who believed in the minimum role of the State in economic affairs, and there were those who wanted the State to be party to a contract that assured access to basic economic resources for all citizens. The former political group was referred to as right-of-centre conservatives, while the latter group was known as left-of-centre liberals. All of them believed in keeping certain institutions free from political interference, such as the judiciary, the armed forces, the civil services, academic institutions and religious organizations. Private enterprises would be going about their own business, and the rule of law would prevail to ensure property rights, the right to earn profits, and uphold the sanctity of voluntary contracts. Each citizen had a defined set of political rights and civil liberties. These included, among other things, not being incarcerated without a fair trial, having freedom of speech and organization, enjoying the right to worship according to one’s own beliefs. Decades of experimentation with liberalism witnessed the rise and fall of challenging alternatives like fascism, communism and military dictatorships. The liberal model appeared to work better. This was indeed the underlying ideology of globalization where all nations were supposed to get transformed, economically and politically, into clones of Western democracies.

During the two and a half decades of globalization since the early 1990s, with free markets, unhindered trade and astonishing technological developments, something snapped. People began to realize that democratically-elected governments did not always work for the ordinary citizen. Economic inequality and disparities had become extraordinarily high and labour rights and job security had almost disappeared. People faced uncertainties in employment, personal safety, and social stability. Political accountability of the elected representatives withered away. This was accompanied by a fall in the economic support that governments gave to ordinary citizens during hard times as part of the implicit social contract of the liberal State. With the rise in inequality, some of the wealthiest people and giant corporations began to exert enormous influence over the State. Politicians found tax cuts an easy way to please the rich and mighty class, which could then be nudged to donate funds for electoral campaigns. Welfare funding was thought to be a waste of resources because it tended to promote laziness among the poor and unemployed.

Electorates began to increasingly find the conservatives and liberals alike when it came to governance. They were two sections of the same propertied class. Ordinary people found their political leaders wanting when it came to making their lives better. Corruption in politics was rampant. All these perceptions gave rise to a deep-seated suspicion of political establishments. Hence, any political leader who was not considered part of the establishment was preferred. The preference would be pronounced when the leader had a strong, tough-talking personality, and if he promised to make the nation great again, playing on the sentiments of a large section of people who thought that their nation was on the decline in terms of power and prestige. This erosion of perceived national strength could only be restored by a strong leader who would clearly ascertain the root cause and an identifiable enemy. The enemy could be immigrants, ethnic or religious minorities, the political Left, members of the intelligentsia, foreigners in general, or some targeted nations. Once in power, these leaders quickly turned to implementing their agenda of fixing society and economy. Gradually, they would exert influence on public institutions like the bureaucracy, the judiciary, religious organizations, the armed forces, intelligence agencies, surveillance systems, the media and, of course, big corporations that would be obliged to ‘purchase’ their ease of doing business.

The strong leader demands complete obedience. An effective way of ensuring this would be to sabotage accountability. Accountability, in a democracy, implies non-domination through access to information and the right to disagree. Accountability can be sabotaged by scuttling these processes, providing false and incomplete information, and coercively disabling the voice of dissent. The definition of the enemy is expanded to include those who showed the courage to disagree and protest against authoritarian acts. Human rights abuses are a good way to attain the goals of disabling the voices of dissent and violating the autonomy and dignity of individuals. Institutions gradually get irrelevant as all decision-making gets centralized. People can be imprisoned without trial, shot dead in encounters with the police, murdered, lynched by sycophant mobs, or gang-raped. The media, the judiciary, the political spokespersons can all find ways to justify the authoritarian acts. It is pointed out that democracy is still alive. If one does not like the leader, he can be voted out the next time around. However, elections are manipulated, voters terrorized, electoral rolls tampered with, massive amounts of money distributed, and the rhetoric of hate let loose on the Opposition, even when they are impotent and terrorized.

Different leaders — Donald Trump, Narendra Modi, Vladimir Putin, Xi Jinping, Recep Tayyip Erdogan, Viktor Orbán, Rodrigo Duterte, Jair Bolsonaro, to name just a few — have different styles of functioning. But the end result is the same. Some of these leaders are friends with one another, willing to help each other out; others do not see eye to eye. Authoritarianism can be both competitive as well as collaborative. It is becoming a worldwide phenomenon, marking the end of liberalism. The recent changes are regressive in the sense they reduce freedom and increase inequality in unprecedented degrees. Many of these regimes, however, continue to enjoy the support of a large part of the electorate. It is indeed a strange time indeed when Trump gets applauded while he tells his supporters publicly to vote twice, or Modi’s approval ratings shoot up in spite of 19 million Indians losing their jobs and livelihoods in a matter of just a few days.