A riddle called the nation

Am I any nation’s slave, asked Swami Vivekananda 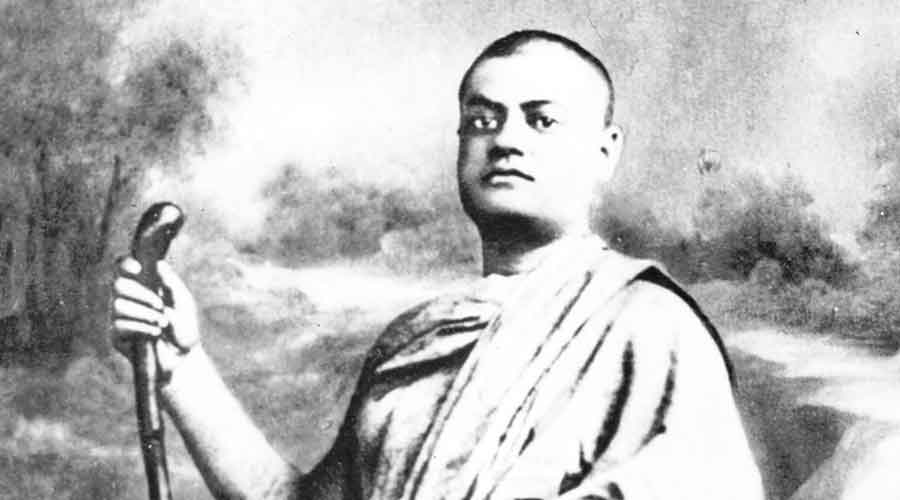 Indians are generally obedient and nationalistic. This is why they oblige the powers that be when the latter ask anything in the name of the nation. Yet, there can be no lexical or academic definition of India as a nation. There is no similarity in the historical development of the different communities in India, just as there is no uniformity in their culture, language or even economic life. Rabindranath Tagore felt the word, ‘nation’, had been borrowed; being a universalist, he could claim that “my refuge is humanity”.

It is easy to dismiss Tagore as a romantic. But the danger of perceiving a people constituting a nation by virtue of possessing an ‘inviolable culture’ and an inerasable identity has to be taken seriously when the same point (as Tagore’s) is made by none other than a celebrated Hindu monk. In a letter written from Paris on September 9, 1895, Swami Vivekananda, responding to the charge that he had consumed impure food while abroad, retorted, “Do you mean to say I am born to live and die one of those caste-ridden, superstitious, merciless, hypocritical, atheistic cowards that you find among the educated Hindus?... I belong to India just as much as to the world… What country has special claim upon me? Am I any nation’s slave?”

Experts talk about an essentialist and a non-essentialist view of the nation — a nation having an essential core of ethnic identity versus one comprising a group of people emotionally attached to a territory but not fired by any sense of unalloyed ethnic/cultural identity. Nation states in Europe founded on the former assumption violently attempted to bring about a fusion of political and cultural boundaries as some felt that ‘nations require ethnic cores if they are to survive’. But the manner in which the essential ethnic core has survived over centuries to morph into modern nations requires its advocates to replace ‘past-as-we-know’ with ‘past-as-wished-for’, leaving room for their adversaries to argue that nations are constructed by narratives of elites to serve particular interests. This is all the more so when it is a large territorial entity constituted by people with diverse languages, religions, cultures and traditions. Most nations, including India, approximate that kind of reality in today’s world rather than possessing a core culture.

The Irish Indologist, Vincent Arthur Smith, famously used the phrase, ‘unity in diversity’, with reference to India. While Smith saw the critical role of Hinduism in achieving this unity amidst massive diversity, he did not think Hinduism made India a nation: that imagination was left for V.D. Savarkar, who believed that the unity produced by Hinduism was at the root of India’s nationhood “to the exclusion of all outside the pale of Hinduism”.

The controversy between the territorial idea of nationhood and the ethnic core idea resurfaced, once again, during the Gandhi-Jinnah talks of September 1944. Echoing Savarkar, M.A. Jinnah wrote to M.K. Gandhi, “can you not appreciate our point of view that we claim the right of self-determination as a nation and not as a territorial unit, and that we are entitled to exercise our inherent right as a Muslim nation…”

The essentialist view demands we close our doors upon others, but that is not necessary to love one’s country. In fact, our citizenship imposes constitutional obligations whose observance makes us nationalistic. To go beyond that, would it not invite Swamiji’s scornful repudiation of being a ‘nation’s slave’?

(Rakhahari Chatterji is an Honorary Distinguished Fellow at the Observer Research Foundation, Calcutta)