A question of sources

The unholy holy book of the RSS 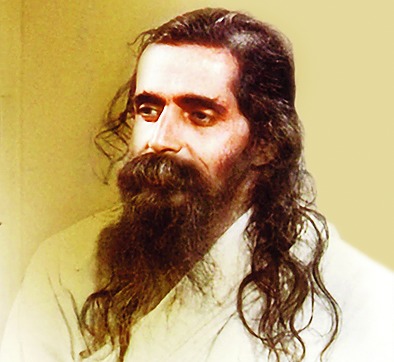 Bengaluru is not known as a centre of book publishing. No major English-language publisher has an active office here. The leading Kannada publishers, meanwhile, are based in Mysuru and Dharwad. Yet it was in my home town, fifty years ago, that a book was published which should be mandatory reading for all students of Indian politics and society. This was Bunch of Thoughts, by M.S. Golwalkar, who ran the Rashtriya Swayamsevak Sangh for more than thirty years, and who remains, long after his death, the chief ideologue and guide for the organization. Indeed, in every RSS function in Nagpur (and often elsewhere too) Golwalkar's bearded visage is prominently displayed.

Golwalkar's Bunch of Thoughts was first published in 1966, by Vikrama Prakashan, located in the Chamrajpet locality of what was then Bangalore. It contains, in English translation, a selection of his speeches and writings over the years. I myself first read the book some twenty years ago, and reread it recently, since there is a Bharatiya Janata Party running a majority government at the Centre under a prime minister who hugely admires Golwalkar, as manifest in a long and reverential essay he once wrote on his "Pujniya Shri Guruji".

Golwalkar's Bunch of Thoughts is of enormous contemporary relevance. Since many of the BJP's top leaders were schooled in the RSS, the actions of the party are deeply indebted to, and influenced by, the ideas of Golwalkar. Bunch of Thoughts is thus to the Hindutvawadi what the Bible is to devout Christians, the Koran to devout Muslims, and the Communist Manifesto to practising Marxists, namely, their Holy Book, whose arguments influence their behaviour. Even those Hindutva activists who have not read Golwalkar's books have digested its ideas through their indoctrination by those who have.

A core argument of Golwalkar's Bunch of Thoughts is that Hindus are one and indivisible, and have always been so. From its ancient and misty origins, claims Golwalkar, "Hindu Society developed in an all-comprehensive manner, with a bewildering variety of phases and forms, but with one thread of unification running inherently through the multitude of expressions and manifestations." What precisely this unifying thread was is never defined. It is simply taken for granted that Hindus have ever been one people, and India has ever been one nation.

Was there, in the medieval period, really a single Indian or even Hindu nation in which Tamils and Sindhis, Brahmins and Dalits, could feel as one? Rather than buttress his claim of an ancient and prior Hindu nationhood with empirical evidence, Golwalkar does so by a crude boast: "Long before the West had learnt to eat roast meat instead of raw, we were one nation, with one motherland."

How does this leading ideologue of the RSS view religions other than Hinduism? Golwalkar praises the Buddha, but chastises his followers, who, he claims, "began to uproot the age-old national traditions of this land. The great cultural virtues fostered in our society were sought to be demolished." Under the sway of the Buddhists, claims Golwalkar, "devotion to the nation and its heritage had reached such a low pitch that the Buddhist fanatics invited and helped the foreign aggressors who wore the mask of Buddhism. The Buddhist sect had turned a traitor to the mother society and the mother religion."

Indian Buddhists are in this rendition not patriotic enough. Writing in the 1950s and 1960s, in the immediate aftermath of B.R. Ambedkar's conversion to Buddhism, how did Golwalkar view that act? Did he think Ambedkar a "traitor to the mother society and the mother religion?" Bunch of Thoughts is silent on both questions. Interestingly, contrary to the new-found love of the RSS for Ambedkar, Golwalkar's book does not so much as mention the great emancipator of the Dalits. Meanwhile, Golwalkar vigorously defends the caste system, saying that it kept Hindus united and organized down the centuries. Thus he writes: "On the one hand, the so-called 'caste-ridden' Hindu Society has remained undying and unconquerable... after facing for over two thousand years the depredations of Greeks, Shakas, Hunas, Muslims and even Europeans, by one shock of which, on the other hand, the so-called casteless societies crumbled to dust never to rise again."

While Golwalkar mentions caste only to defend varna-vyavastha, in this major work of his there is no attention to gender relations at all. Bunch of Thoughts altogether ignores the suppression of Dalits and women in Hindu society. Meanwhile, its author was deeply suspicious of, and even paranoid about, Indian Muslims and Indian Christians. "What is the attitude," he asks, "of those people who have been converted to Islam and Christianity? They are born in this land, no doubt. But are they true to its salt? Are they grateful towards this land which has brought them up? Do they feel that they are the children of this land and its tradition and that to serve it is their great good fortune? Do they feel it a duty to serve her? No! Together with the change in their faith, gone are the spirit of love and devotion to the nation."

There is a striking affinity between the questions Golwalkar asks here and those asked by European anti-Semites in the 19th and early 20th centuries. French, German and British nationalists all suspected the Jews in their country of not being loyal enough to the motherland.

Golwalkar claims - characteristically, without supporting evidence - that there are countless 'Miniature Pakistans' all over India. He saw Muslims of Western UP in particular as Pakistani agents, claiming that "right from Delhi to Rampur and Lucknow the Muslims are busy hatching a dangerous plot, piling up arms and mobilizing their men and probably biding their time to strike from within when Pakistan decides upon an armed conflict with our country."

For Golwalkar, "the foremost duty laid upon every Hindu is to build up such a holy, benevolent and unconquerable might of our Hindu People in support of the age-old truth of our Hindu Nationhood". Compare this supremacist point of view with what M.K. Gandhi regarded as the duty of Hindus. The duty of every Hindu, according to Gandhi, was to abolish untouchability and to end the suppression of women. The duty of every Indian was to promote inter-religious harmony. There could not be two visions of what it takes to be a Hindu, or an Indian, that are as radically opposed as those offered by Golwalkar and Gandhi respectively.

The long-serving RSS chief rejected democracy on the basis that it gave too much freedom to the individual. Narendra Modi may swear that the Indian Constitution is his only holy book, but his guruji, Golwalkar, believed that document to be deeply flawed and that it must be rejected or at least redrafted, since (as he put it in Bunch of Thoughts) "the framers of our present Constitution also were not firmly rooted in the conviction of our single homogeneous nationhood". He was angry that India was constituted as a Union of states, for in his view the federal structure would sow "the seeds of national disintegration and defeat". Golwalkar wanted the Centre to be all-powerful. Modi may now speak of the virtues of co-operative federalism, but his guru, Golwalkar, wrote of the need "to bury deep for good all talk of a federal structure of our country's Constitution". "Let the Constitution," he insisted, "be re-examined and re-drafted, so as to establish [a] Unitary form of Government".

No one who reads Bunch of Thoughts can reach a conclusion other than the one the (entirely representative) quotes offered above suggest - namely, that its author was a reactionary bigot, whose ideas and prejudices have no place in a modern, liberal democracy. If ever the prime minister has the courage to give an unscripted, no-holds-barred press conference, the first question an honest journalist should ask him would be, "Sir, how do you reconcile your (long-standing) admiration for Golwalkar on the one hand with your (new-found) respect and regard for Ambedkar and Gandhi on the other?"