Agnipath seeks to transform the mind of the youth 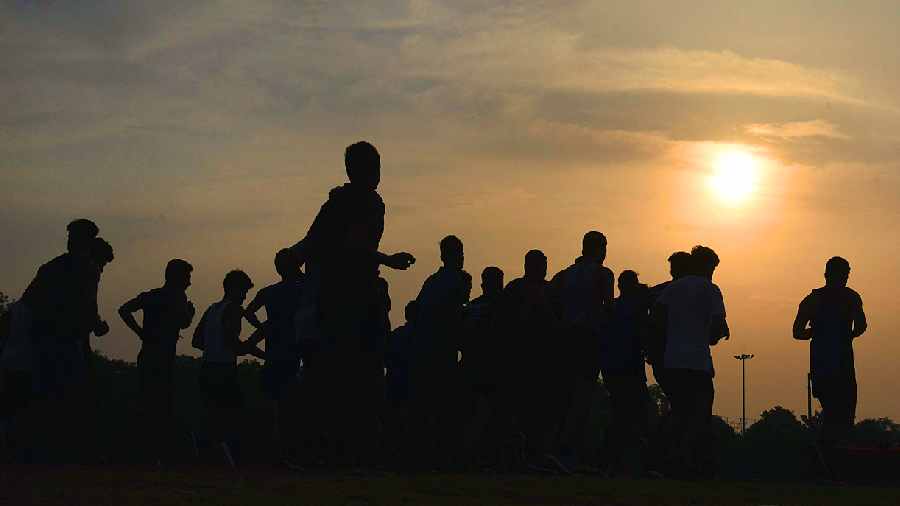 Agnipath programme has the potential of steering the tone and tenor of India’s youth culture in a different, positive direction.
Telegraph Picture
Swapan Dasgupta   |   Published 23.06.22, 02:17 AM

Generalisations are usually hazardous. However, in assessing the 75 years since Independence, the politics of India suggests a marked inclination for either  status quo  or change by stealth — “we’ll change society bit by bit/ so that nobody will notice it”, as the parody version of the British socialist song, “The Red Flag”  put it. Once the parameters of politics had been established by the mid-1950s, the tendency was to travel down that path, the crater-sized potholes notwithstanding.

This is not to argue that ruptures were either absent or fiercely resisted. However, the dramatic breaks from the past were invariably triggered by crises. In 1991, to cite the most dramatic example, the then prime minister, P.V. Narasimha Rao, jettisoned the licence-permit-quota raj established by Jawaharlal Nehru and embellished by Indira Gandhi in favour of the market-driven economy that prevails today. But this overdue change happened not because there was a realisation in the political class that change was inescapable. It happened because a debilitating balance of payments crisis threatened the stability of the entire system. Narendra Modi is arguably the only prime minister whose commitment to the Nehruvian architecture is completely tenuous. But even he has had to genuflect before status quoist  impulses and effect retreats. He got his dream Central Vista project through but had to retreat on attempts to modify the farm procurement regulations and land acquisition for public projects.

The Agnipath scheme for recruitment to the non-officer ranks of the armed forces, as has been explained by many retired officials and economists in learned articles, is a pre-emptive bid to prevent salaries, pensions and overheads swamping the much-needed modernisation of the armed forces. Rather than allow a crisis to paralyse India’s military programme, it anticipated the problem and sought to tackle it in a way that was both administratively innovative and far-reaching in terms of social impact.

The scheme to induct 46,000 youth annually into the armed forces for four years — rising to 1.25 lakh annually in subsequent years — is a blend of three objectives.

First, 25 per cent of Agniveers whose services will be regularised after four years will fill in the regular vacancies that arise in a standing army. The cream of the Agniveers who enter any of the three wings of the forces would already have done their basic training and would have been familiarised in the ethos of the forces.

Second, the Agnipath programme is akin to a voluntary national service programme that offers reasonably good financial incentives for youngsters, particularly those who are leading a purposeless existence after finishing school. This is particularly relevant in a state such as Punjab where the lure of drugs is causing absolute havoc and in West Bengal where the absence of job opportunities has driven a significant section of the youth into the arms of unscrupulous politicians who use them as foot soldiers in criminal enterprises. True, the number of youngsters who are likely to be offered places as Agniveers is a drop in the ocean. But in view of what sociologists have detected about the purposeless, ‘timepass’ culture that prevails in urban and suburban India, the scheme has the potential of offering alternative points of aspiration. The argument that the recruits will revert to a state of drift after being discharged in four years is flawed. The four-year disciplined experience does, of course, make many of them ideal candidates for induction into the paramilitary and police forces. However, much more than that, they give a boy of 23- 24 years an orientation and a personality adept at organisation and teamwork that employers find appealing when filling vacancies for non-specialised work. For the moment, the short-term impact of Agnipath may seem very modest. In a decade or so, however, it will have contributed to the creation of a labour force blessed with an aptitude for discipline and productivity. The generous capital that accrues to the Agniveer after release in four years’ time is also likely to become the seed money for entrepreneurial initiatives in the localities.

Finally, and this is the scheme’s big unstated purpose, the Agnipath programme has the potential of steering the tone and tenor of India’s youth culture in a different, positive direction. The scheme isn’t as yet a full-fledged conscription or national service programme. By its limited scope, it will leave large parts of the country untouched — recruitment is almost certain to be concentrated in the clusters that have traditionally provided the army with its foot soldiers. However, in time, the social impact of those who were participants in the Agnipath scheme will be marked. If nothing, it will definitely provide the Indian youth with a nationalistic core, exposed to different peoples and appreciative of the excitement that India provides. According to historical studies of, say, late-19th-century France, a conscripted army played a seminal role in the transformation of ‘peasants into Frenchmen’. If the robust defence of the Agnipath programme by the National Security Adviser, Ajit Doval, is any indication, it is clear that a transformation of youth mentalities is what Prime Minister Narendra Modi has in mind for the long-term.

It is this transformation of the mind — rather than the supposed financial shortcomings in the terms of service — that a section of the professionally aggrieved — the proverbial andolanjeevis — have taken umbrage to. Of course, their underlying fear of the gradual militarisation of the civic culture is grossly exaggerated. India, particularly the Hindus, is inherently too non-regimented to be transformed into something akin to either China or pre-1945 Germany. The social impact of the programme could well be akin to that in the United Kingdom where a 15-year universal national service scheme had a near-zero impact on a society intoxicated by a prevailing economic boom. In India, at the very least, the injection of a sense of order is definitely hoped for and is at the centre of the Modi government’s longer-term vision.

Whether this goal is realised or remains stillborn, the prime minister can certainly not be accused of responding to challenges with bureaucratic lethargy. Modi, it is by now clear, truly aims to transform India and the Indian personality.