Advertisement
Home / Opinion / A need for the outsider

A need for the outsider

THE ORIGIN OF OTHERS By Toni Morrison, Harvard, $22.95 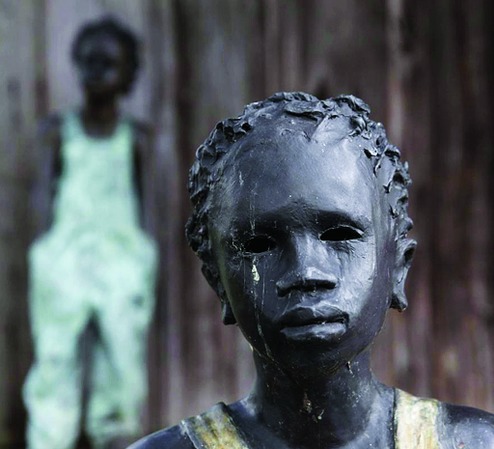 THE ORIGIN OF OTHERS By Toni Morrison, Harvard, $22.95

Toni Morrison's new book, The Origin of Others, brings together the six Charles Eliot Norton lectures titled "The Origin of Others: The Literature of Belonging" that the author delivered at Harvard in 2016. This little volume, barely over a hundred pages long, comprises six essays with a foreword by Ta-Nehisi Coates which sensitively considers the importance of the author's insights on "the identity politics of racism" in the current moment.

Morrison begins with the signature personal anecdote: this time that of her tar-black great-grandmother's displeasure at the great-grandchildren's lighter skin. "These children have been tampered with," is the frowning matriarchal pronouncement that encapsulates what, for Morrison, are universal and wide-ranging anxieties about purity and contamination that beget otherness. This reconfiguration of colour and gender (privileging black and female) is vintage Morrison and creates a strong foil for the rest of her musings on "Romancing Slavery". This essay contains possibly some of the most disturbing material of the book in the form of diary entries of the planter, Thomas Thistlewood. In frighteningly deadpan Latin abbreviations, Thistlewood recorded his sexual encounters on the plantation, casually sandwiched between his daily chores, viz. "Cleaned about the works, threw up the wood hoops... &c. P.M. Cum. L. Mimber, Sup Me Lect" (June 2, 1760). Morrison reads this alongside the exuberantly emotional prose of Uncle Tom's Cabin to show the ways in which the language of slavery and racial hatred (including self-hatred) has informed and impelled her own exploration of the power and allure of "Othering" in her novels.

Having indicated that an explanation for racism could be a psychological/social "need" for the outsider, Morrison considers "Being or Becoming the Stranger" through all-too brief readings of Flannery O'Connor, Harriet Jacobs, and Mary Prince's memoirs. Her own encounter with an intriguing stranger whose very elusiveness teaches Morrison some profound truths about the dynamics of othering is considered at length. Faulkner and Hemingway's writing become case studies for illustrating "The Color Fetish" in literature which moves out through "Configurations of Blackness" and "Narrating the Other" (specifically in her own novels) to a consideration of the displacement of peoples, "the spectacle of mass movement". Morrison is at her most illuminatingly poetic in the final essay, "The Foreigner's Home", as she thinks about the yearning of globalization to "corral the earth into some semblance of unity, some measure of control." Using Camara Laye's novel, The Radiance of the King, she calls for a literature of belonging that is always already waiting to open its arms to the stranger in ourselves and the familiar in others.

In this sane and humane call for inclusive language and welcoming literature that reveals how racism precedes race, Morrison turns time and again to her own novels as examples of good practice. While it is interesting to hear an author's opinion of their work, it is slightly distasteful to watch a writer cite her own work as often as Morrison does. Of course, Morrison's exquisite feeling for language and its power informs The Origin of Others. Were it not for this, the book would end before it properly began. One expects nothing if not thoughtfulness and lyrical wisdom from the author of Beloved, and Morrison does not disappoint on that count. Nevertheless the essays are haunted by a lingering sense of incompleteness, even half-heartedness. Perhaps this is owing to the limitations of the lecture format which does not permit the kind of deep engagement that is welcomed by more expansive genres. As it stands, the essays offer tantalising insights and exciting possibilities but very few opportunities for the sinking in of teeth.