A history of federal tensions amid black swan events 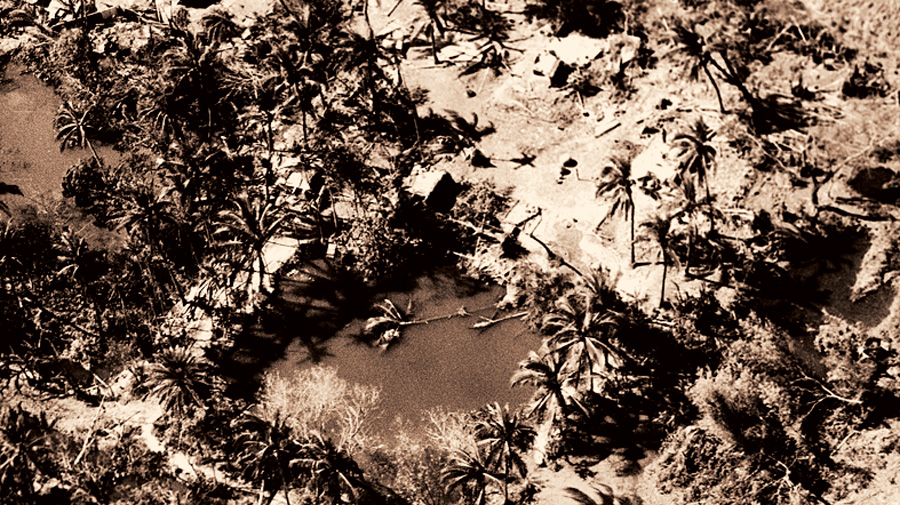 The outcome of the presidential election in the United States of America has thrown into sharp relief the fault lines of the US’s federal structure. Federalism and states’ rights have been at the heart of the American journey, from 1776 to the Civil War to the demands for civil rights to positions on abortion and creationism.

The build-up and the election itself have also been a history tutorial for the uninitiated — a journey through the tortured history of slavery and race relations and radically different memories of the US Civil War. That all this was in the midst of a pandemic gave to events a distinct quality.

Federal tensions are not, of course, the monopoly of America even when they surface in the midst of a black swan event like a pandemic or a natural calamity. Almost exactly 50 years ago to this day in November 1970, Cyclone Bhola unleashed itself on the Bengal delta, with particular intensity on what was then East Pakistan. The meagre relief response of the government of Pakistan was possibly also a tipping point in a chain of events that finally ended on December 16 of the following year with the surrender of the Pakistan military in Dacca to the combined Indian and Bangladesh forces.

In this chain, the next link was a general election held within a month of ‘Bhola’ in December 1970: Pakistan’s first nationwide election since its independence. Ultimately it proved to be the only general election of a united Pakistan. The results brought to the surface all the latent contradictions between Pakistan’s eastern and western wings. The former formed the demographic majority and thus had 162 out of the total 300 constituencies in Pakistan. When the Awami League surprisingly won 161 out of the 300 seats it meant that political power had to shift to the east. The military power brokers in Islamabad had banked on a split mandate that would leave them space to be kingmakers. The postponement of the convening of the newly elected National Assembly was followed by a major military crackdown on March 25 — beginning with Dacca, then extending to the rest of the province. A refugee influx into India was the result and by mid-1971, nearly 7-8 million refugees were in India.

A major India-Pakistan row was clearly brewing, but for the crisis to mature the regional had to acquire an international dimension. This happened in July 1971 with the secret visit of the US national security adviser, Henry Kissinger, to Beijing from Pakistan, heralding a US-China thaw as also a concert against the Soviet Union. For India, the implications of this US-China-Pakistan compact were even more direct. The India-USSR Treaty of Peace, Friendship and Cooperation followed on August 9, 1971. The rest as they say is history — both on the ground and finally in the United Nations security council chamber.

Did Cyclone Bhola lead to the Awami League’s clean sweep to be able to form a government in Pakistan on its own? Possibly, because for many in East Bengal, the State’s tepid response to the cyclone’s devastation exemplified the systemic negligence, exploitation and cultural arrogance they had been subjected to since 1947. What is clearer is that Pakistan’s ruling elite could not, and would not, accommodate the electoral result and that made its break-up likely.

A demographic majority without political power and the underdog in all economic and social indicators summed up the pre-1971 East-West contrast in Pakistan, quite apart from cultural, linguistic and ethnic divides. When we look at Bangladesh and Pakistan today, we get a measure of how much things change. From being the demographic minority in a united Pakistan, by the late 1980s (West) Pakistan’s population had surpassed that of Bangladesh. Today Pakistan has roughly some 20 per cent more people than Bangladesh. The past, in this perspective, was very obviously a different country, but the contrasts extend across the full spectrum of economic and social change and the different indicators used to measure these. For instance, take the different trajectories of the Bangladeshi taka and Pakistani rupee. The taka was introduced as legal tender in Bangladesh in 1972 and replaced the Pakistani rupee at par. Today one Bangladeshi taka equals 1.8 Pakistani rupees and the movement of both currencies in the past 50 years sums up two different histories.

If East Bengal had still formed part of a united Pakistan today it may still have had good reason to have chartered an independent course. But the reasons for doing so would be different since West Pakistan would have a demographic majority and the eastern wing would have been the economic sprinter.
Pakistan’s polity has also changed in its federal character. The numerical majority of East Pakistan had consumed much of Pakistan’s constitutional attention almost from the time of its creation. The improvisation resorted to was the ‘One Unit Scheme’ whereby Punjab, Sindh, the North West Frontier Province and Balochistan were merged into a single province in 1955. In part this was a bureaucratic and military response to prevent the smaller provinces — the North West Frontier Province in particular — from siding with Bengal on federal issues. It also created a superficial unity by papering over West Pakistan’s own considerable ethnic and linguistic diversity.

The end of the One Unit polity was also part of the endgame of a united Pakistan and the scheme was dissolved in the run-up to the historic 1970 election. While the old provinces came back in the new Pakistan post 1972, what remained unchanged was the domination of what was now the largest province in the country — Punjab. The next major change in Pakistan’s federal structure took place some four decades later with the 18th amendment to the Pakistan Constitution devolving substantial powers to the provincial governments.

This was a principal achievement of a brief period of political assertion in Pakistan post Pervez Musharraf. That period has now ended and sniping has begun against the devolution of power to provinces. In some influential quarters the tardy implementation of some China-Pakistan Economic Corridor projects is also ascribed to the structural problems created by more powerful provinces. In brief, an older, less federal Pakistan is seeking to assert itself. The outcome is unclear but a contest is certainly underway.