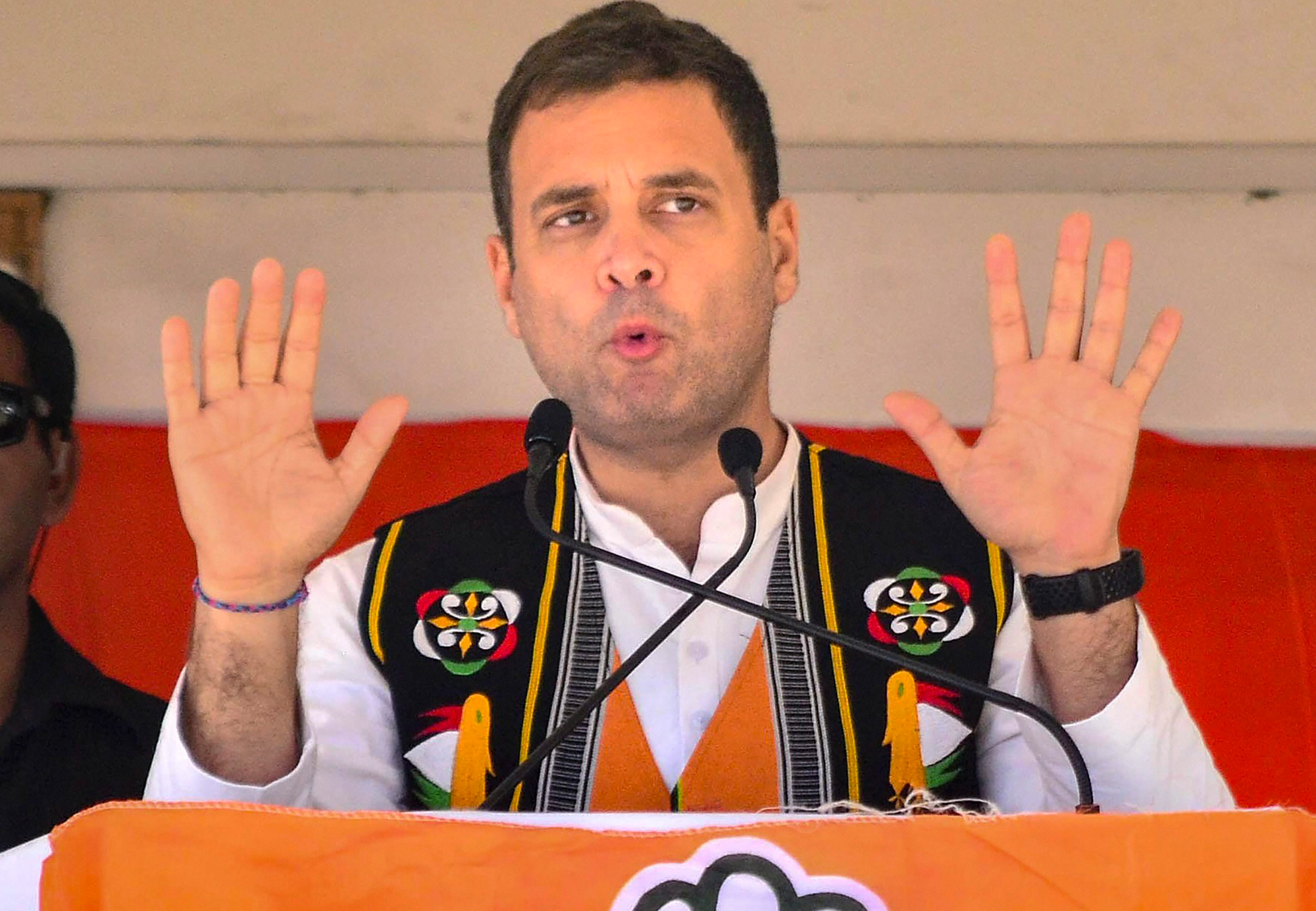 A casual perusal of social media will bear testimony to the fact that what began in 2013-14 as anxiety over the possible victory of Modi has now evolved into hesitant support for the Congress led by Rahul Gandhi
PTI
Swapan Dasgupta   |   Published 04.04.19, 03:24 AM

Last week, London witnessed an unusual demonstration — unusual, that is, from the perspective of London. With unending uncertainty, verging on complete confusion, over the future of the United Kingdom’s status either inside the European Union or outside it, the pro-Brexit supporters chose to parade their strength around Westminster. Earlier, London had mainly witnessed agonized assertions of pro-EU sentiment.

The pro-Brexit demonstrators were mainly drawn from the Shires and even the North of England. Today, they constitute the heart and soul of the Conservative Party. At the same time, they prob ably stuck out like a sore thumb in the centre of London which is so multicultural that it is often a rarity to find English spoken at all in the crowds on the London Underground. This striking departure from the new normal was observed by many, including a well-known television presenter of Channel 4 with a penchant for colourful socks and loud ties. He remarked on his show that he had never seen so many ‘white’ faces together in London — or words to that effect. Predictably, this triggered a social media storm with some angry voices pointing out that the TV celebrity would never say — in a context perhaps — that he had never seen so many ‘black’ faces together.

This social media storm, which barely has a lifespan of over 24 hours, may be fairly indicative of social attitudes that seem to divide today’s UK. For the TV presenter, the use of ‘white’ was probably not merely descriptive; it undoubtedly had a pejorative connotation in an age where multiculturalism is the norm. This seems strange when you consider that the pro-Brexit supporters outpaced the pro-EU Remainers by nearly a million votes in the referendum of 2016 that witnessed a very heavy turnout.

Cut to India, now in the midst of a general election campaign that is characteristically spirited and fractious. In what promises to be a first in a series of appeals to voters, a clutch of celebrity writers issued an appeal to vote out narrow-minded thinking, divisiveness and restore India to a place they were comfortable in. Although there was no indication of which party these creative souls preferred — after all, India always witnesses multi-cornered contests involving different shades of good — it was apparent that the appeal was to vote out the incumbent government of Narendra Modi.

The inhibition of these writers, some of whom have habitually lent their names to anti-Modi causes over the past five years, was needless. A casual perusal of social media will bear testimony to the fact that what began in 2013-14 as anxiety over the possible victory of Modi has now evolved into hesitant support for the Congress led by Rahul Gandhi. The justification offered is that it may be necessary to be expedient in order to defeat a bigger evil that threatens their own relevance. I have little doubt that as the voting day approaches, particularly in Delhi, Mumbai and Bangalore, the hesitation will be replaced by calls to vote for the Congress.

This shift, when it does happen, should not surprise anyone. The release of the Congress manifesto last Tuesday afternoon was accompanied by muted whoops of delight in the ecosystem that identifies most passionately with the writers-against-Modi brigade. They were pleased that the Congress had promised to do away with the archaic sedition laws, draconian anti-terror legislation, the Armed Forces (Special Powers) Act and had promised to introduce robust privacy laws, measures against lynching and steps to regulate the national security apparatus. They may not have fully endorsed the fiscal permissiveness of the new welfare apparatus that the Congress proposed to usher in Nyay, but this was a small price to pay for creating a liberal environment where writers can meet over a cup of coffee with secessionists in agreeable cafés in Delhi’s Khan Market without fear of being subjected to tirades on ‘right-wing’ TV channels.

The growing confidence in the Rahul Gandhi-led Congress is as much social as ideological. A casual perusal of the Congress spokespersons appearing on the English-language TV channels at least makes it pretty apparent that most of them use English as a first language. This is in contrast to the Bharatiya Janata Party where the spokespersons are more comfortable in the vernacular. Further inquiries may well reveal that those who put themselves forward to berate the Modi government on behalf of the Congress have probably attended educational institutions in either the United States of America or the UK. Consequently, they have internalized many of the social and political assumptions of the campuses in the West, including attitudes that mark the Left and libertarian shifts in the Democratic Party in the US.

One of the main features of this shift, also discernible in the Congress, is the distaste for anything that remotely smells of the ‘majority’. By association, it implies a preference for cosmopolitanism and minorities — both ethnic and sexual. This may well explain why there is no mention of what may loosely be called ‘Hindu’ interests in the Congress manifesto. There is, for example, complete silence on the ethnic cleansing of Hindus from Kashmir and of the disquiet in southern India over attempts to regulate customs of worship, as in, say, Sabarimala. The minority tilt expresses itself not merely in the Congress president’s choice of his second constituency in Kerala but also in the party’s expedient silence on matters such as the citizenship bill and Muslim personal law reforms.

What we are witnessing is actually a profound social makeover of the Congress under its new president. At the helm and occupying leadership positions — but not always at the state level where more traditional leaders remain in control — are the babalogs, invariably dynasts, who have come into politics through the principle of inheritance. The sheer number of Congress leaders and functionaries who are second or third generation politicians is quite astonishing. Apart from a feudal sense of inheritance, they bring to the table a more rarefied and privileged upbringing and a very fierce sense of entitlement.

Modi’s five-year rule has threatened this ecosystem and brought to the forefront an entire breed of functionaries whose social and political mentalities are more authentic and have not been reshaped by contemporary political fashion emanating from the West. In a recent book, The Twice-Born: Life and Death on the Ganges, the writer, Aatish Taseer, has vividly documented the impulses that distinguish those who see Modi as India’s saviour from those who are at ease with the social world of the Gandhis.

At the bottom of this ecosystem — but absolutely indispensable to its perpetuation and survival — are the minorities who turn in large numbers to vote for a party that is their shield against majoritarianism. Missing in action — or enjoying less strategic significance — are those who constitute Middle India. That they happen to be mainly Hindus and part of aspirational India is not an accident. The Congress system is ideologically progressive but socially wedded to a very deep sense of hierarchy.

This does not include the regional and caste parties that have their own dynamics and incorporate facets of the aspirational BJP and the entitled BJP.

The outcome of a general election is determined by many factors, not all of which are prone to sweeping generalizations. However, it is this underlying class war that is of parallel interest. The conflict may not shape the outcome but it will have an important bearing on what happens after the votes are counted.