Advertisement
Home / Opinion / A formula for resurgence in Bengal

A formula for resurgence in Bengal 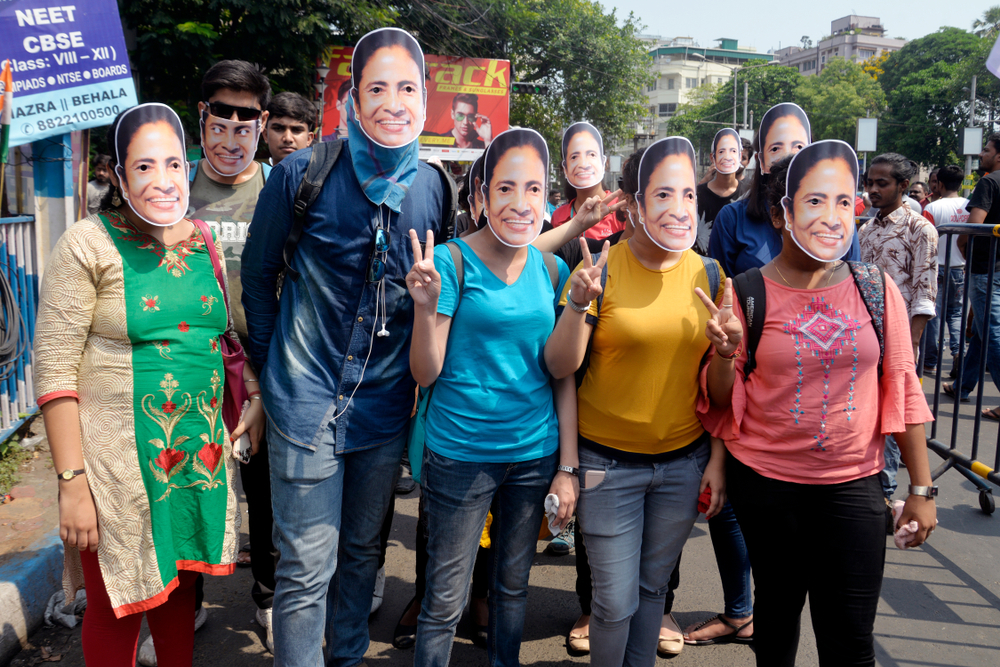 Students in masks of the West Bengal chief minister Mamata Banerjee at an election rally in Calcutta in April 2019. Banerjee's government must govern responsibly, handle law and order firmly, and crack down on corruption and nepotism.
(Shutterstock)
Subir Bhaumik   |     |   Published 17.07.19, 11:56 AM

It would be too simplistic to argue that Mamata Banerjee came to power because of the Singur-Nandigram agitation that was opposed to land acquisition. The turning point for the Left in West Bengal was not Singur, but its refusal to join the United Front at the Centre and allow Jyoti Basu to take over as prime minister. The alienation was further accentuated when the Left refused to join UPA-I in 2004, something that would have given it several key ministries. The Bengali middle class lost faith in the Left because it could not accept the strange contradiction of accepting power in the state but not at the Centre, as a result of which Bengal was losing out on actual influence in national politics.

Banerjee’s willingness to share power in Delhi, first with the Bharatiya Janata Party and then with the Congress, evoked positive vibes in a province that was desperate for stability and development after the violent decade of 1967-77.

The Left gave the province stability but not development. Basu’s possible elevation as prime minister was welcomed not only for emotional reasons but also because it promised the political attention needed for development. Buddhadeb Bhattacharjee provided a brief respite for the Left with his determined thrust for industries and his zeal to reverse the flight of capital. That explained the huge mandate for the Left Front in 2006, its last triumph before its ouster from power. Bengal was already feeling the need of a strong regional party. The Communist Party of India (Marxist)’s decision to oppose the Indo-US nuclear deal did not go down well with Bengal’s Left supporters because it put an end to their influence in Delhi and made the Congress turn to Banerjee. By then, Bengalis had had enough of politburos and wanted a strong regional party, which could deal with the powers in Delhi on its own terms.

Banerjee prioritized alliances with national parties in Delhi to oust the Left from Bengal. That helped her make a strong impact on the Bengali psyche. The tradition of revolt in the Bengal Congress has a long history, beginning with Chittaranjan Das and Subhas Chandra Bose and continuing with Pranab Mukherjee and Mamata Banerjee. But while the Swaraj Party sank without a trace and the All India Forward Bloc survived as a junior partner of the Left Front, Banerjee’s Trinamul Congress bested both the Congress and the Left.

In spite of the stunning surge of the BJP in the recent Lok Sabha polls, one cannot say for certain that Bengal has given up on its need for a strong regional party. The verdict is a stern warning for course correction for the TMC and a reminder to deliver on the pledge of development .

Bengal knows that it has fallen behind the rest of the country in industry, education, healthcare and so much else. It knows that a national party may have pressing priorities other than pushing for Bengal’s resurgence. The BJP has only promised for Bengal a repetition of the National Register of Citizens that has brought ruin to thousands of Bengalis — Hindu and Muslim — in Assam. We are yet to hear of a Bengal package from Narendra Modi.

A strong regional party but one that can both confront and collaborate with the Centre is the need of the hour in Bengal. Naveen Patnaik’s Biju Janata Dal is an example. Banerjee, too, needs ‘multi-alignment’ if she has to deliver for the state. She has to govern responsibly, handle law and order firmly, and crack down on corruption and nepotism.

When the final NRC list is out in Assam later this month, it might provide Banerjee with a huge issue to hit back at the BJP especially if the number of Bengali Hindus excluded is higher than that of Muslims. The BJP’s promise to save the excluded Hindus with the citizenship amendment bill may not work because it cannot ensure the passage of the bill till it has a majority in the Rajya Sabha. Moreover, the opposition to the bill is considerable in Assam. Even if it is made into a law, the amendment is unlikely to restore citizenship for all Bengali Hindus in Assam because it will not be easy to prove their persecution in Bangladesh. Since the BJP is committed to extend the NRC exercise to West Bengal, Banerjee will get an opportunity of political mobilization by projecting the measure as ‘anti-Bengali’.

The TMC can also initiate steps to sustain communal and ethnic harmony at the grass roots. This will help strengthen its dwindling support base. A move to showcase Bengal’s secular, intellectual and political tradition through cultural platforms would be an additional advantage.

What Banerjee’s government must do is get some big-ticket industries, create jobs by attracting investments, boost Bengal’s infrastructure as well as exploit the emerging geopolitics of Asia to develop strong trade links with the eastern neighbourhood. Bengal should play a role in India’s ‘Act East’ thrust. If Modi can get substantial Chinese investments for Gujarat, why can’t Mamata do the same for Bengal? But she has less than two years to accomplish all these for the state.