A forest is far more precious than any cathedral

The oak frame of Notre-Dame required more than 50 acres of forest to be cut down, including trees up to 400 years old 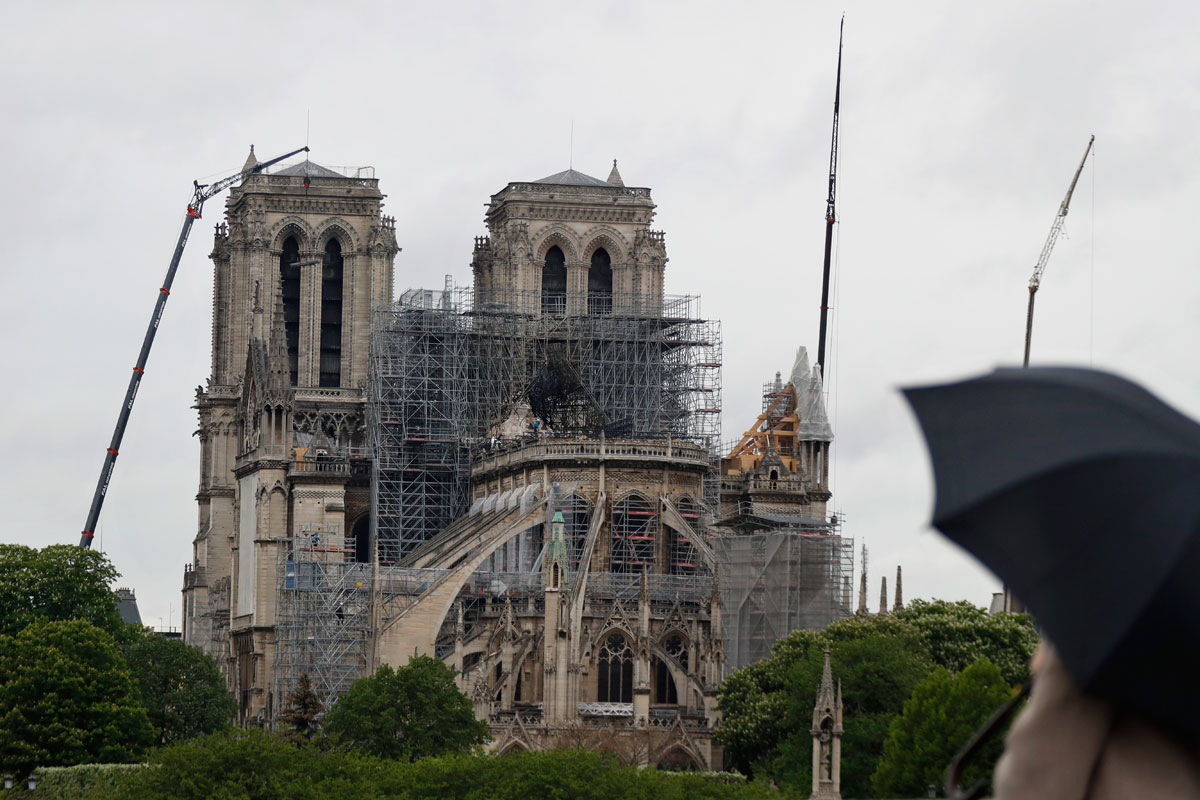 Sir — Parisians have sworn that Notre-Dame shall rise again. But will it ever be the same? No matter how true to the original the new structure is, the cathedral as it was has ceased to exist. As saddening as that may be, it is the way of all things in this world. Entire civilizations have fallen and their traces have been all but wiped out from the face of earth. How else would there be place for newer things?

While the heart may desire that the cathedral be restored to its original glory, practical considerations must be kept in mind. The famed oak frame of the cathedral required more than 50 acres of forest to be cut down, the trees used were 300 to 400 years old. Not only are such trees rarely available, it would also be criminal to sacrifice forests at the altar of architectural splendour. In fact, a forest is far more precious than any cathedral — no matter how beautiful or how big a part of history — can ever be.

Further, rebuilding the cathedral exactly the way it was would only make it vulnerable to fires once more. Perhaps a balance can be struck between the legacy of the past and the promise of a better future when time comes for the cathedral to rise from the ashes.

Sir — It is heartening to see the world come together to mourn the burning down of the cathedral in Notre-Dame. But were people all over the world — especially in the so-called enlightened West — as shocked, outraged and aggrieved when other great markers of civilization were destroyed? Think of the ravaging of Palmyra by the militants of the Islamic State. The Temple of Bel, the Temple of Baalshamin, the Arch of Triumph were all razed to the ground. While it was all extensively covered by the media, was there an outpouring of international wealth to restore these structures? To those who will argue that the place was a war zone, I would like to ask, has there been any offer of financial help since it was so ecstatically declared that the Islamic State has finally been vanquished? Same goes for the Bamiyan Buddhas which were desecrated by the Taliban.

More, what of the heritage sites at Babylon that were destroyed not by terrorists or accident but by the activities of the military forces of the United States of America? Europe is hardly the only site of cultural heritage. Weeping for the cathedral of Notre-Dame would be hypocritical if tears have not also been shed for the huge tracts of Iraq and Syria that now lie ravaged.

Instead of spending crores on advertisements, political parties should focus on graffiti to capture voters’ attention
Telegraph file picture

Sir — Social media, they say, can make or break fortunes during elections. But in India where large segments of the population still do not have access to the internet, it is the witty limericks and clever cartoons of poll graffiti that attract common people’s attention. Instead of spending crores on advertisements, political parties should focus on graffiti to capture the voters’ attention. Most people on social media just scroll past ads without reading them.