A flawed but pragmatic view

The judgment is pragmatic, timely and has touched upon a crucial aspect of governance of the Sundarbans 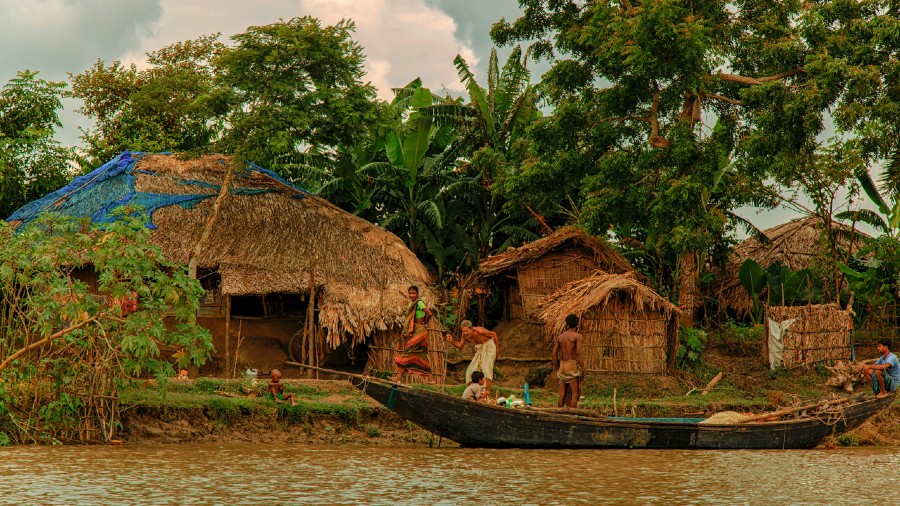 The court order, issued in good faith, is intended to provide as much protection as possible to the Sundarban natural area
Shutterstock
Anamitra Anurag Danda   |     |   Published 21.04.21, 12:57 AM

Last month, a bench of the Calcutta High Court ordered that “the Sundarban area cannot be utilized or permitted to be accessed except for its preservation, management, protection and custody by and under the control of its custodians in law; and, to extremely limited purpose to which human access could be permitted under controlled conditions that would be imposed by those in custody of that area”. The bench hearing WPA 8514 of 2020, directed that “there shall be no activity whatsoever by human intervention in any part of the three parcels, the Sundarban Biosphere Area, Tiger Reserve [STR] and the Reserve Forest... except to the extent such activity may be permitted by the Additional Principal Chief Conservator of Forests & Director, Sunderban Biosphere Reserve”.

The court order, issued in good faith, is intended to provide as much protection as possible to the Sundarban natural area. However, it is flawed, cannot be implemented, and has the potential to overwhelm the office of the SBR director and breed corruption.

It is flawed because the SBR (referred to as Sundarban Biosphere Area in the court order), the Tiger Reserve and the Reserve Forest are not three parcels of land. The SBR encompasses the STR, the Reserve Forest and the human-inhabited area with a current population of about five million. It is spread over an area of 9630 sq km and not 4,000 square kilometres as submitted by the ‘learned’ government advocate. The Sundarbans region, notified by the government of West Bengal through an administrative order (807/2C-6/73) dated March 1, 1973, and the natural area including the STR was declared a Biosphere Reserve on March 29, 1989. Neither the SBR website nor the Compendium on Indian Biosphere Reserves are difficult to find.

The implementation of “no activity whatsoever by human intervention” in the SBR is an impossibility since about 5,705 square kilometres are designated as the ‘transition area’, home to about five million people, practising agriculture, fishing and fishery in the main. Tourism and trade are also significant economic activities. The Calcutta High Court direction dated March 5, 2021, requiring that there be “absolutely no activity of converting any part of Sundarbans from its ‘as is where is’ condition, as obtained now” will come in the way of the socio-economic activities of the residents of the SBR. The livelihoods of such a large population cannot be wished away, particularly in the absence of any mechanism to settle the inhabitants away from the SBR and provide them with livelihoods.

The office of the SBR director within the Wildlife Wing of the forest directorate has limited resources for the protection of wildlife and the regulation of human activity and entry into natural areas. Even if the SBR director were to delegate the authority of issuing permission for human activity in the SBR to subordinate senior officials, it would be a humongous task since there are only five office-holders of the rank of divisional forest officer or above. Moreover, it is common knowledge that permit raj breeds corruption.

Mangroves undoubtedly need protection. From time to time, mangrove patches outside designated forest areas in the SBR come under assault in spite of being protected everywhere by the Supreme Court judgement of December 11, 1996. In the present case, it appears that the court has been given to understand that mangrove forest land is being converted into fisheries. This is apparent from the observations made by the bench on December 10, 2020: “[t]he writ petitioner complains of illegal activities undertaken to convert forest land into fisheries upon uprooting the mangrove trees”. This is not the case. Information provided to the court prior to or during the hearing on October 21, 2020 appears to be off the mark. Observations made by the bench on that day are thus: “This matter pertains to the pristine mangrove forests in the Sundarbans being destroyed by converting forest land into fisheries upon uprooting the plants.” To begin with, the mangrove forests of the Sundarbans are not pristine; systematic extraction of timber began at least 150 years ago. The first forest working plan was formulated in 1871 to regulate harvesting of sundari (Heritiera fomes). At that time, Richard Temple and Dr S. Schlich had noted that “due to unregulated felling no good quality forest remained”. Secondly, barring three instances since 1947, forest land in the Sundarbans has not been converted.

In spite of the flaws, the judgment is pragmatic in that it has put a system in operation for a period of six months, unless modified. It is also timely and has touched upon a crucial aspect of governance of the Sundarbans. It has asked the state government to examine “whether all the areas, to which reference is made in this order, could be brought under one umbrella...”; in effect, a Sundarbans district. This is long overdue and should be on the agenda of the incoming administration.

A sinking island of political pawns