Framing elder abuse as a cultural problem deflects us from the need of looking deeper and connecting the dots to casteism, patriarchy, and neoliberalization 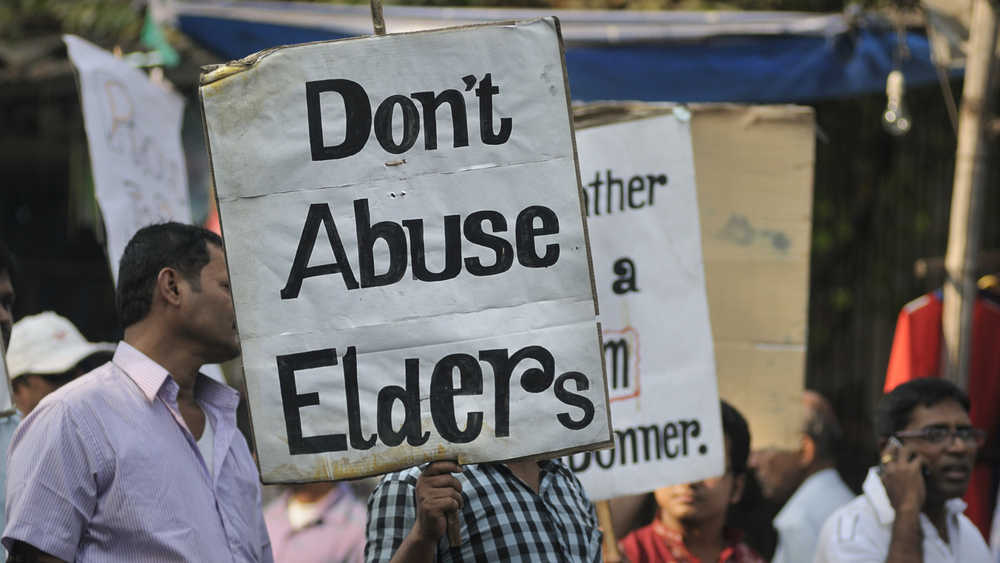 Aaji, 69 years old, leaned over my doctor’s desk to elaborate on why she visits the clinic alone. She had four sons, two daughters, and one goat. The sons would rotate her amongst themselves, irritated and unwilling to keep her. The daughters’ houses were forbidden territory. Therefore, she turned to the goat, sold it for Rs 6,000, paid Rs 5,000 as bribe at the tehsil office, and got a monthly pension of Rs 600 started. She now stays where her husband used to work as a labourer.

Aaji is not alone in her plight.

Evidence from India’s first aging survey says 5 out of every 100 older adults face abuse. With more than 100 million people above the age of 60, that is a staggering five million people. Elder abuse can be physical, psychological, emotional, sexual and financial or neglect. The statistics stand in sharp contrast to the great Indian tradition of respecting elders. In the pre-modern times, we had Ashrama dharma. Children cared for their parents when they were alive, observed shraadh in their memory when they passed away, got blessings, and escaped the cycle of birth-rebirth. The veneration of the elderly, however, stands in the same tradition as of Stree dharma, which is broadly anti-feminist and the dharma you adhere to by caste, which is anti-equality. The cultural failing of women and vulnerable groups has been a focus of the social policy of independent India. On a closer look, India’s culture may be failing its elderly too.

Our culture presumes that the welfare of the elderly follows virtuous individual children and their spouses. The unit of the practice of virtue is the family. The head of the family is the male earning member. In our patriarchal society, my neighbouring uncle’s constant cursing of his old mother can make me feel bad for her; but it is ill-mannered of me to interfere in ‘family matters’ and hold the head of the family accountable. There is no Adult Protection Service either. Women live longer than men. They enjoy lesser rights than men. Depending solely on the ‘virtuous child’ to fulfil their needs — food, clothing, shelter, medical, emotional — based on a cultural expectation overlooks the cumulative disadvantage women accrue until they reach old age.

The dharma narrative also limits the discourse to the Hindu family. It fails to look at Hindu society, a problem B.R. Ambedkar had highlighted with the early social reform movements in India. It ignores that women, historically marginalized in India, carry the burden of culture. It borders on blaming women joining the workforce for elder abuse. In doing so, it creates a homogenized, incomplete, and false narrative that fails to ensure the rights of the elderly.

The prominence to duty is also problematic as it is vague. How many of the needs of elderly parents is the child to fulfil as his duty? When a 65 year old needs an inhaler worth Rs 250 every month, is the 50 rupees the son gives enough proof of filial piety? Is staying in the side room and not being asked for food enough? What if I get fed intermittently? And if I receive my plate with taunts? Each of the above is an experience of abuse that has been shared by old patients over years of my medical practice. The practise of the duty of venerating the elderly is not free from the hierarchy of power, gender, class, and caste that have co-existed but rarely find a mention in elder abuse discourse in India.

The Indian State upholds the moral obligation of filial piety in law. The Maintenance and Welfare of Parents and Senior Citizens Act’s premise, like the National Policy for Older Persons, is that modernization is failing our elders. Courts have noted the apparent cultural dichotomy in multiple judgments under the Act. The same Indian culture poses a barrier to filing a complaint against your blood. If an older adult musters the courage to defy society, police stations that will not interfere in ‘family matters’ might turn them away. The cases reaching our esteemed courts are the tip of the iceberg. The legalization of the moral obligation to care by the MWPSC Act in 2007 and the refusal of universal pension for the elderly during the debate on the national food security bill in 2011 stand in sharp contrast. The MWPSC Act may well be an instance of the State’s abdication of the Directive Principles of State Policy. Social welfare, worldwide, stems from the State upholding the rights of citizens. The developed world has universal pensions for older adults. The Indian State hardly spends Rs 200 per person per year on pension. It covers less than 8 per cent of the elderly population in need of assistance.

More of us are living longer; more of us are vulnerable to elder abuse. Indian culture, although glorified, is a likely constraint to addressing the growing menace of elder abuse. Framing the existence of elder abuse as a cultural problem deflects us from the need of looking deeper and connecting the dots to casteism, patriarchy, neoliberalization, and the absence of welfare policies. Instead of being helpful to older adults, it seems to be hampering their autonomy.