A distressed India reposes its faith in Narendra Modi 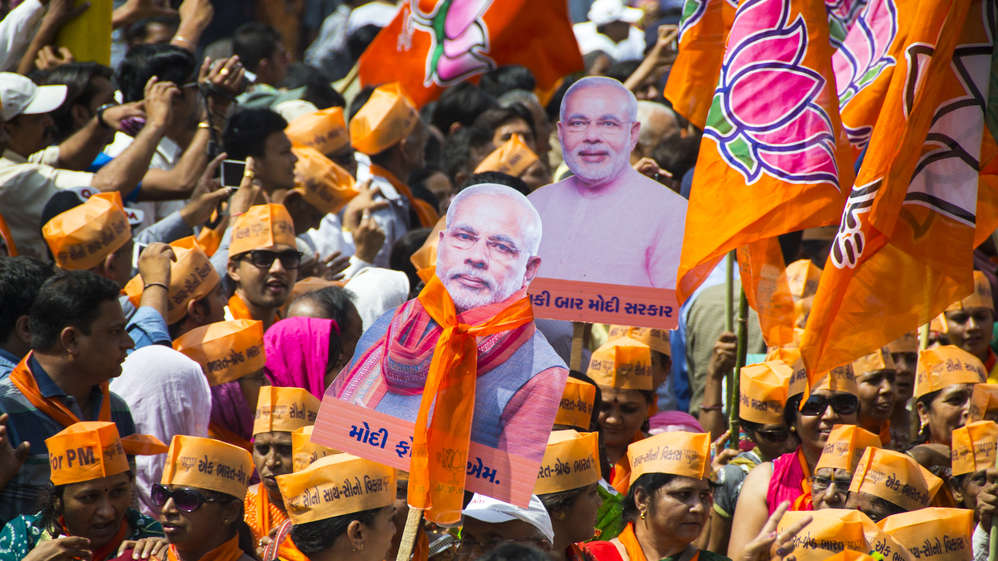 It is six months since the prime minister’s broadcast and the ‘Janata Curfew’ last March that signalled the end of normal life in India. Much has happened since that time when the number of people infected by the dreadful Covid-19 virus was only 130 — the health ministry’s estimate on March 18. On the morning of September 15, the official tally of the number of those who had tested positive at some point or other stood at nearly 48.50 lakh — active cases being 9.90 lakhs — and the death toll was 80,776.

Of course, this is significantly less than one alarmist estimate in March — gleefully publicized by a section of the anti-Narendra Modi media — of a so-called specialist based in the United States of America that — in the worst-case scenario — some 70 to 80 crore of Indians would be infected.

Last March, there was optimism that a determined, if painful, bout of personal hardship and temporary dislocation — such as a three-week lockdown — would suffice to beat off the challenge. The suspension of all normal life, including the suspension of travel, would be undeniably painful, but the unpalatable alternative was what had happened in Wuhan and northern Italy — the worst-affected areas at the time. There was even a belief that the ‘Wuhan virus’ thrived in a cold climate and that it would be worsted by the scorching summer sun of India.

There was also some vague controversy over the effectiveness of lockdowns. There were those who were spirited advocates of the Swedish model of life as usual with perhaps some nominal social distancing. This line of thinking found unlikely supporters among some political parties and state governments. In West Bengal, for example, wags often referred to a Rajabazar model that indicated a differentiated application of counter-Covid strategies. There were others who suggested that masks served no real purpose — a view that appealed to libertarians who resented any form of State intrusion in their private lives and those guided by literal interpretations of theology.

Six months later, the belief that Covid-19 can be defeated by a resolute show of human determination has eroded significantly. Throughout the world, including India, economies have suffered grievously. The belief that the future would witness an unending spiralling growth of the GDP has been punctured, as millions of people agonize over both their health and their livelihood. In particular, with State revenues shrinking along with the truncation of economic activity, the faith that concerted State intervention will provide a much-needed booster dose for economic growth and bring life back to the old, pre-Covid normal has also dimmed — although some economists still repose their faith in the unrestrained printing of currency notes.

These are legitimate concerns and it is striking that a great deal of hope is pinned on the rapid discovery and equally speedy dissemination of a vaccine that can either insulate people against the coronavirus or at least act as an antidote. Throughout the world, countries are in competition to ensure that they are the first to formulate a wonder drug that will put an end to the pandemic and rescue human civilization.

In political terms, the situation is tailor-made for Opposition politics. In a country where there is a tradition of looking up to the government of the day as the proverbial ma-baap, whatever a ruling dispensation does or does not is bound to be slightly or substantially below expectations. The limits of State power are often not acknowledged in the popular imagination and the deficits assume a disproportionate significance.

In India, the Opposition parties have naturally tried to take advantage of the widespread dislocations that have resulted from the pandemic. The three-week national lockdown, for example, was mocked by the Congress and its leadership for being an overreaction. The Opposition argued that Modi had put his image as a determined leader above concern for people’s livelihood. The much-publicized exodus of migrant labour from the cities was billed in the international media — always inclined to view Modi with a generous measure of distaste — as a ‘humanitarian disaster’ whose impact would resonate all through rural India. The intelligentsia on their part also heaped scorn on symbolic measures such as lighting diyas, blowing conch shells and putting off lights for nine minutes despite their wide appeal. And finally, the professional economists had nothing but scorn for the Rs 20,000 crore financial package that was unveiled by the finance minister, Nirmala Sitharaman, to provide some relief to both individuals and the affected sectors of the economy. It was presented as an elaborate eyewash, if not a hoax. There was also jubilation in some circles over the steep decline in the GDP growth figures and this provoked an Opposition MP to make a tasteless personal remark on the appearance of the finance minister.

That the Opposition would train its guns on the Modi government was only to be expected. Throughout the democratic world, the political leadership have been mercilessly attacked for their inability to live up to the expectations of the back-seat drivers. If Angela Merkel and Boris Johnson have been criticized for being excessively stringent in curbing personal freedoms, Donald Trump has been attacked for his nonchalance in the face of a pandemic.

What is significant about India is how little impact these assaults have had on Modi. The intelligentsia in particular have been both astonished and disgusted that the concerns over pandemic management and the economy have been overwhelmed — among the media consuming classes at least — by a salacious obsession over the personal lives of Bollywood stars. They have expressed their disgust at a section of the popular media persisting with an issue that is deemed frivolous but yet enjoys sustained viewership ratings.

A part of this apparent lack of obsessive concern with Covid-19 and the economy may be explained by the enormous popular trust in Modi. According to the bi-annual Mood of the Nation poll, the popular preference for Modi as the prime minister has risen from 53 per cent in January 2020 to 66 per cent in August 2020. In the same period, Rahul Gandhi’s ratings have dropped from 13 per cent to 8 per cent. The improved ratings at a time of intense national stress are obviously based on a belief that the country is in safe hands. Secondly, just as any country rallies round a leader in times of war, the faith in Modi could also be due to a perception that these are extraordinary times that warrant suspension of political partisanship. This would indicate that there is a direct correlation between the prime minister’s soaring graph and the extreme shrillness of his critics, particularly among intellectuals. Their fulminations against Modi seem more an expression of political frustration than an expression of public opinion.

However, there is another aspect of the national mood that is worth considering. Whether it is public policy to deal with the pandemic or strategies to cope with the economic downturn, there is no visible agreement among either scientists or economists. Whereas science was once marked by verifiable certitudes, the Covid-19 challenge has, so far, resulted in conflicting views that — to the lay person at least — seem like experts whistling in the dark. As for the economists, the outbursts of former economic advisers and Reserve Bank of India governors seem governed by profound expressions of aesthetic repugnance towards a leadership that is inclined to trust managers and politicians more than those who can teach economic theory. Modi may be an unintended beneficiary of this exasperation with experts who often seem to view India as a mere case study.