Advertisement
Home / Opinion / A common survival strategy for the Sunderbans

A common survival strategy for the Sunderbans

In view of the ongoing environmental change, large-scale climate change adaptation interventions in the Sunderban region are necessary 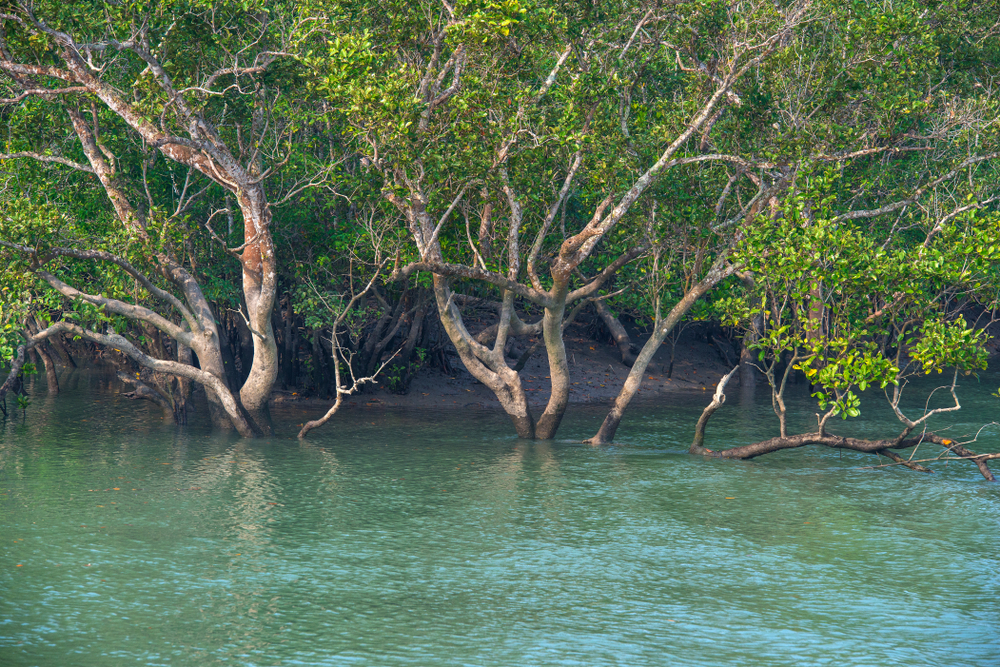 The prime minister of Bangladesh is likely to visit India in October. This will be her first visit here after assuming office for the third consecutive term. The prime minister of India is also well placed after the emphatic mandate. The external affairs minister will possibly visit Dhaka later this month to finalize the date and the agenda of the Bangladesh prime minister’s trip. There are numerous issues deserving attention at the highest political level. Here, I will only argue for adaptation to climate change in and around the Sunderban region. Besides the mangrove forest, the region hosts millions of marginal people. The exact demography will depend on how the two countries agree to define the region. A memorandum of understanding on conservation of the Sunderban is in place since September 2011; yet a common understanding of what constitutes the Sunderban is elusive. The MoU recognizes that the natural areas of the Sunderban are greatly influenced by human use and by the people living in tracts adjoining the forest. These tracts, cleared during colonial times, are now home to over 7.2 million people.

Till date, while the Joint Working Group constituted under the MoU has met only once, thousands of hectares of land have been lost due to accelerating sea level rise and erosion. Consequently, people are being displaced both physically and occupationally. The processes are also reducing forestlands that sustain the Royal Bengal tiger. The pace of environmental change and that of conventional bilateral diplomacy are asynchronous. This must be addressed at the highest level. Else, the responses to long-term, large-scale challenges in the form of joint action envisaged in the MoU cannot be formulated and implemented commensurate with the rate of environmental change. Disagreements or lack of agreement between neighbouring nations have costs that the citizens and shared ecosystems bear, but this is disproportionately higher at the margins of a mega-delta in a warming world. As it is, the Sunderban region suffers from severe development deficit in both countries.

In view of the ongoing environmental change, large-scale climate change adaptation interventions in the Sunderban region are necessary. These would involve, among others, a planned retreat from certain locations where maintaining habitation would be nearly impossible and exorbitant. Bangladesh is reportedly working on developing climate-resilient and migrant-friendly cities and towns to encourage migration away from densely-populated areas. India should consider helping Bangladesh in this endeavour and learn from the process as this would avoid jeopardizing regional environmental security by helping people to move away from harm’s way and by allowing mangroves to move inland apace with rising sea levels.

The sheer scale of interventions necessitates accessing technology and international climate finance. These can be fast-tracked through a binational mechanism that facilitates collaboration between the two countries. The JWG should be reconstituted for this purpose and meet frequently till it is able to deliver a bilateral mechanism for cooperation and coordination. The mechanism should be ecosystem focused, take an adaptive management approach, and ensure collaboration and participation. Such a mechanism can help define the region and the adaptation measures, draw up timelines, keep track of progress, and report back to the JWG.

The transboundary mechanism to address impacts of climate change and enhance regional environmental security should be multi-layered and participatory rather than procedural. Meaningful participation would mean bidirectional flow of information between those who decide and those who are affected by the decisions. The mechanism should go beyond Westphalia, the 19th and 20th century fixation on the concept of sovereignty, and decentralize decision-making at multiple levels, starting from the highest political level to the programme implementing level. For facilitating dialogue and better coordination between the two countries and among actors within each country, there should be a Common Sunderban Secretariat akin to the trinational Common Wadden Sea Secretariat. The Secretariat is not meant to infringe on jurisdictions but adapted to work with existing institutional structures. The CSS could be based in one of the countries but also registered as a legal entity in the other country to be able to ‘do business’ there. The Secretariat could be the vehicle for accessing technology and international climate finance, as well as serve as the Common Project Management Unit for large-scale adaptation interventions.

The rate of global warming and the trajectory of UN climate negotiations leave vulnerable nations little choice but to act decisively for securing the future for their people and the ecosystems that sustain them. The two prime ministers have the mandate and the will to be decisive; it is only a matter of the agenda. Would the external affairs minister oblige? For time is not an ally of the Sunderban and its people.

Sunderbans to Venice, saga of a sinking world