Politics and play: A brief history of cults of personality 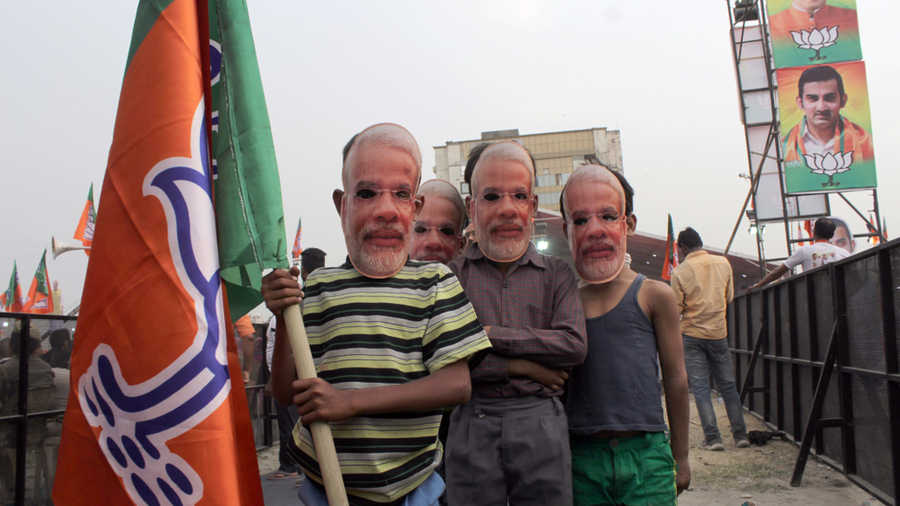 The term, ‘cult of personality’, is thought to have been first used with regard to the Soviet dictator, Josef Stalin. Stalin died in 1953, after more than two decades in power; three years later, in a speech to the 20th Congress of the Communist Party of the Soviet Union, his successor, Nikita Khrushchev, spoke of how the cult of personality built around Stalin had a damaging influence on the party and the country. It was, remarked Khrushchev, “impermissible and foreign to the spirit of Marxism-Leninism to elevate one person, to transform him into a superman possessing supernatural characteristics, akin to those of a god. Such a man supposedly knows everything, sees everything, thinks for everyone, can do anything, is infallible in his behavior”.

While the term may have entered the lexicon only in 1956, there were, of course, cults of personality before Stalin’s. They included those of Mussolini in Italy and Hitler in Germany, leaders who similarly used propaganda and the instruments of the State to elevate themselves to a god-like status, towering above their party colleagues and the public at large. Mussolini and Hitler also enjoyed limitless power, and they too demanded (and obtained) absolute submission to their whims.

The cults of personality before Stalin were mostly of right-wing dictators. The cults after him have been mostly (though not exclusively) of left-wing dictators. They have included the cult of Fidel Castro in Cuba, the cult of Ho Chi Minh in Vietnam, the cult of Hugo Chávez in Venezuela, and, above all, the cult of Mao Zedong in China. Mao’s was the most bloated of all personality cults, because of the size of his country. Hundreds of millions of Chinese were obliged to bow in reverence before Mao and treat every utterance of his as the Word of God. As Peking’s Liberation Army Daily proclaimed in its issue dated August 13, 1967: “Chairman Mao is the most outstanding, greatest genius in the world, and his thought is the summing up of the experience of the proletarian struggles in China and abroad and is the unbreakable truth. In implementing Chairman Mao’s directives, we must completely disregard the fact whether we understand them or not. The experience of revolutionary struggles tells us that we do not understand many directives of Chairman Mao thoroughly or partly at the beginning, but gradually understand them in the course of implementation, after implementation, or after several years. Therefore, we should implement resolutely Chairman Mao’s directives which we understand, as well as those which we temporarily do not understand.”

Seven years before Khrushchev spoke of the damage caused to Russia by the cult of Stalin, B.R. Ambedkar had warned that Indians were peculiarly susceptible to hero-worship. Recall his words, offered just as the Constitution of our democratic Republic was coming into operation: “Bhakti in religion may be a road to the salvation of the soul. But in politics, Bhakti or hero-worship is a sure road to degradation and to eventual dictatorship.”

By the 1970s, Indians had forgotten Ambedkar’s warnings. They laid their liberties at the feet of Prime Minister Indira Gandhi, trusting her with the powers to subvert their institutions. ‘Indira is India, and India is Indira’, said the sycophantic president of the Congress party, speaking here not merely for himself, but for millions of Indians too. As Ambedkar had predicted, the manifestation of bhakti in politics led inevitably to degradation and eventually to dictatorship.

Hitler, Mussolini, Stalin, Castro and Mao enjoyed absolute power until their deaths. This Indian dictator, however, after enjoying untrammelled power for close to two years, revoked the Emergency she had imposed, and called for fresh elections — which she and her party lost. In the decades that followed, the institutions she had subverted slowly recovered their liberties. The press became more free, the judiciary more independent, while civil society grew and thrived.

I began working on my book, India after Gandhi, some 20 years after the end of the Emergency. By the time it was published, in 2007, I thought it appropriate to term India a ‘50-50 democracy’. Seven years later, Narendra Modi became prime minister, and our democratic credibility began once more to wane. His regime sought to suppress and tame the press, emasculate the judiciary, and harass and intimidate independent civil society organizations. Public institutions that had previously been proudly autonomous, which even Indira Gandhi had not bent to her will — such as the army, the Election Commission and the Reserve Bank of India — were now increasingly being seen as instruments of the ruling party, and even of the prime minister.

The growing subversion of institutions was accompanied by a growing cult of personality. Since May 2014, the vast resources of the State have been devoted to making the prime minister the face of every programme, every advertisement, every poster. Modi is India, India is Modi, was the spoken or unspoken belief of everyone in the Bharatiya Janata Party, whether minister, MP or humble party worker. As in the case of Indira Gandhi, the so-called ‘national press’ eagerly contributed to this deification, with the bulk of the Indian media being pressurized or ‘persuaded’ to present the prime minister as all-knowing and infallible.

When Covid-19 struck India, this became a further opportunity for the enhancement of the cult of personality. His choreographed speeches were one manifestation — with the technically independent public broadcaster, Prasar Bharati, crudely boasting that more people had tuned in to the telecasts of the prime minister speaking than had watched the final of the Indian Premier League. A second and perhaps more dangerous manifestation was the creation of a new fund called PM-CARES. From 1948, there has been in existence a Prime Minister’s National Relief Fund, to which citizens can make donations for the alleviation of suffering caused by war, famine, earthquakes, cyclones and epidemics. The fund had some 8,000 crores to its credit at the time this new pandemic struck. There also exists a Chief Minister’s Relief Fund in each state, for precisely this purpose.

These funds have served previous prime ministers and chief ministers well. Nonetheless, Narendra Modi chose to create a new, personalized fund, with a diabolically well-crafted name — PM-CARES, the acronym standing for Citizen Assistance and Relief in Emergency Situations. His own photograph was prominently emblazoned on its website, and doubtless shall be on all the publicity collateral, advertising, and quite possibly on the packaging of the medical and other supplies that will be bought and distributed with it. A national tragedy thus became one more vehicle to enhance Brand Modi.

The cult of Narendra Modi resembles the cult of Stalin in its portrayal of the Leader as the embodiment of the Party, the People, and the Nation. It copies the cults of Hitler and Mussolini, particularly in the use of State media to promote the Leader’s infallibility and wisdom. When looking for predecessors, however, perhaps the cult of Modi most resembles the cult of Mao Zedong. In its wilful destruction of the economy, demonetization was akin to Mao’s order to melt all household iron objects in backyard furnaces during the disastrous Great Leap Forward. Like Mao, Modi leaps over the head of his party colleagues to directly address the jobless young men who are his most devoted followers. Like him, he uses the propaganda machine of the State and the party to portray himself as omniscient and infallible. As with Mao, citizens are asked to obediently follow Modi’s instructions even (or especially) if they don’t understand them.

Whether or not Khrushchev was correct in claiming that ascribing god-like status to an individual was antithetical to ‘the spirit of Marxism-Leninism’, such hero-worship is certainly contrary to the history of the Bharatiya Janata Party. The BJP had always opposed ‘vyakti-puja’, the worship of an individual. It had long charged the Congress with this practice, with subordinating the interests of their party and of the nation to the will and whim of, successively, Jawaharlal Nehru, Indira Gandhi, Rajiv Gandhi and Sonia Gandhi. As prime minister, Atal Bihari Vajpayee never remotely dominated his colleagues in the manner of Indira Gandhi. In the party’s view, he was one of a ‘Trimurti’, three main leaders, the others being Lal Krishna Advani and Murli Manohar Joshi. These three leaders worked at the Centre; meanwhile, the BJP had strong, independent-minded state chief ministers whom the Trimurti treated with respect. Now this has totally changed. Modi has become to the BJP and its government exactly what Stalin once was to the Communist Party of the Soviet Union and its politburo.

The cult of Modi the Superman, like the cult of Indira the Superwoman that preceded it, shows that Ambedkar was right to be deeply worried about the dangers to Indian democracy from the religious practice of bhakti, blind hero-worship. The ruling party’s portrait of Modi as a sort of Hindu Messiah-cum-Avenging Angel falls on fertile soil. One would not expect the population of a free country to be so cravenly worshipful of a living individual — but, tragically, they are.

The history of personality cults tells us that they are always disastrous for the country in which they flourish. Narendra Modi will one day no longer be prime minister, but god knows when — or if — India will ever recover from the damage the cult of Modi has done to its economy, its institutions, its social life and its moral fabric.