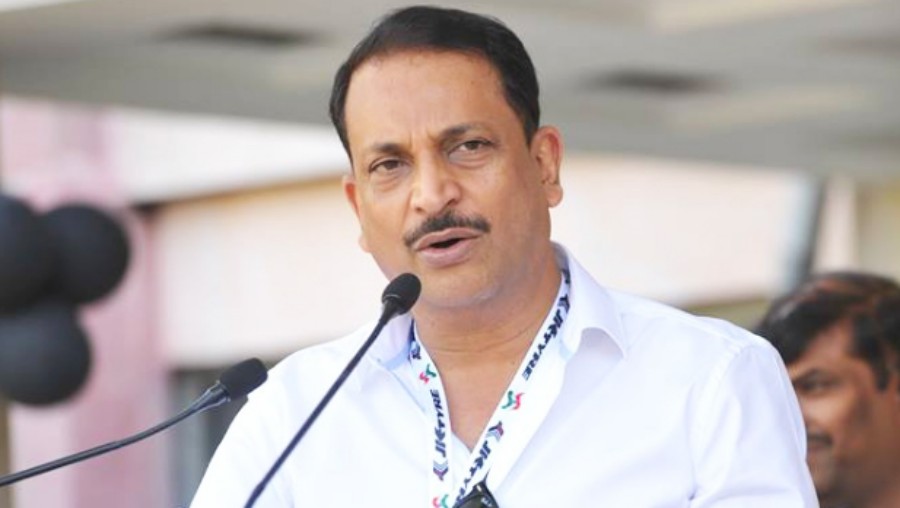 On the last day of Lok Sabha, the former Union minister, Rajiv Pratap Rudy, raised eyebrows after he spoke in the House. Rudy rose to speak during the time allotted for ‘matters of urgent importance’, but there was nothing urgent in what he said. The parliamentarian from Bihar started by showering praise on the Speaker, Om Birla, then on the prime minister, Narendra Modi, and finally on Bihar’s chief minister, Nitish Kumar. Rudy said he was sure that by the time the next session of the House would be held, “[their] government” would have been back in the state. According to Rudy, this would be the result of the Rs 1.70 lakh crore package allotted by the prime minister, out of which every penny, he claimed, had been spent on development, and the Bihar CM’s ‘untiring’ efforts to change the face of the state. This was clearly an election speech, and had even the members of the Bharatiya Janata Party guessing the motive behind this. Rudy had been a high-flying minister in the National Democratic Alliance government led by Atal Bihari Vajpayee as well as in the first term of the Modi government. He was, however, unceremoniously removed from the ministry in 2017. Since then, this politician-cum-commercial pilot, has been trying various methods to soar again. After his removal, he had said he lost because he failed to communicate his work. Now, Rudy seems to be trying alternative communication skills. By the way, he was the skill development minister in the first Modi government.

The hunt is on

The Congress is looking for a new media department head after Randeep Surjewala became general secretary in-charge of Karnataka. While there is no dearth of aspirants — even those who cannot do a decent job as spokesperson want to become the chairman — an interesting discourse is going on about the probable candidates. While the choice should have been limited to three obvious candidates who have been in the media department for long — Anand Sharma, Abhishek Singhvi and Manish Tewari — all of whom are competent and experienced, the leadership may be looking beyond them for extraneous reasons.

While Sharma and Tewari might have earned themselves some negative points by signing the infamous letter to Sonia Gandhi on the drift in the party, Singhvi is too busy a lawyer to spare time for this taxing 24x7 assignment. Some younger spokespersons, considered bright, lack the stature and experience to take up this responsibility. Another major issue is fluency in both Hindi and English, a factor that eliminates many able communicators. One name that reportedly cropped up was that of Sachin Pilot, who doubtless has the ability to handle this job, but giving the role of party chief spokesperson to a leader who was perceived to have rebelled so recently could be a problem. Another name that is said to be doing the rounds is that of Jairam Ramesh — who has experience, knowledge, skills and also enjoys the trust of the top leadership. There are, however, powerful forces inimical to him within the high command structure. The easiest option may be to continue with Surjewala but he is said to be reluctant after doing this difficult job for years. “Wait for a surprise,” quipped an insider while admitting that the choice was extremely difficult because some other competent persons do not have those critical attributes like familiarity with national media, friendly behaviour and round-the-clock accessibility.

The deputy CM of Delhi, Manish Sisodia — ailing with dengue and Covid-19 — has been shifted from the state-run Lok Nayak Jai Prakash Narayan Hospital to Saket’s Max Super Speciality Hospital, which is part of a private chain of commercial hospitals. In June, Delhi’s health minister, Satyendar Jain, was also shifted there from a government hospital, when he was infected by the virus. The ruling Aam Aadmi Party wears its improvements in healthcare and education on its sleeves, and often makes a public spectacle of prosecuting private hospitals for fleecing patients. Last month, when the Union home minister, Amit Shah, was admitted to Gurgaon’s Medanta, some AAP activists flooded social media with memes on how much better Delhi’s government hospitals are than those in other states, alleging that Shah had no faith in his government’s hospitals. With two of their ministers eventually going for premium private healthcare, the AAP’s social media activists are now silent.

Delhi’s government hospitals have seen remarkable improvement compared to those in neighbouring states since the AAP came to power in 2015. But despite vacant beds in these hospitals, Covid-19 patients have continued to flock to private hospitals, especially when their condition became critical.

The prime minister’s statement of ‘no intrusion’ by the Chinese with respect to the ongoing Galwan stand-off was subsequently changed by the Prime Minister’s Office to “attempted transgression”. But Tapir Gao, the BJP parliamentarian from the frontier state of Arunachal Pradesh, has stuck to his Chinese intrusion-occupation line both within and outside Parliament for some time now. In the recently held Parliament session, Gao once again raised the Chinese intrusion-occupation in Arunachal, claiming the People’s Liberation Army had entered 50-60 kilometres within Indian territory and kidnapped five youths from Upper Subansiri district on September 3. The PLA had claimed the youths had strayed into Chinese territory. Gao also informed the sadan, the Centre and the media there is “no LAC on the Arunachal-Tibet-China border” but only the McMahon Line, decided as the border in 1914 between British India and Tibet. China came into the picture only in 1950 when it occupied Tibet, Gao said. China, however, does not accept the McMahon Line and considers Arunachal Pradesh to be part of South Tibet. Gao also requested the Speaker to constitute a team to find how many square kilometres of Indian territory China’s PLA has captured since the 1962 Indo-China War, hoping that the Centre will act in time to prevent a Galwan in Arunachal Pradesh.

November 10, television channels are hoping, would improve their TRPs. That is because the final of the Indian Premier League and the Bihar election results are scheduled on this very day. The IPL final may grab its usual share of eyeballs but can the same be said about the Bihar polls? The Opposition is in tatters in the state and the word is Nitish Kumar is likely to be back on the kursi. The outcome of the political contest, unlike the cricketing one, is unlikely to raise eyebrows.