Politics and Play: How the ‘India Story’ ended 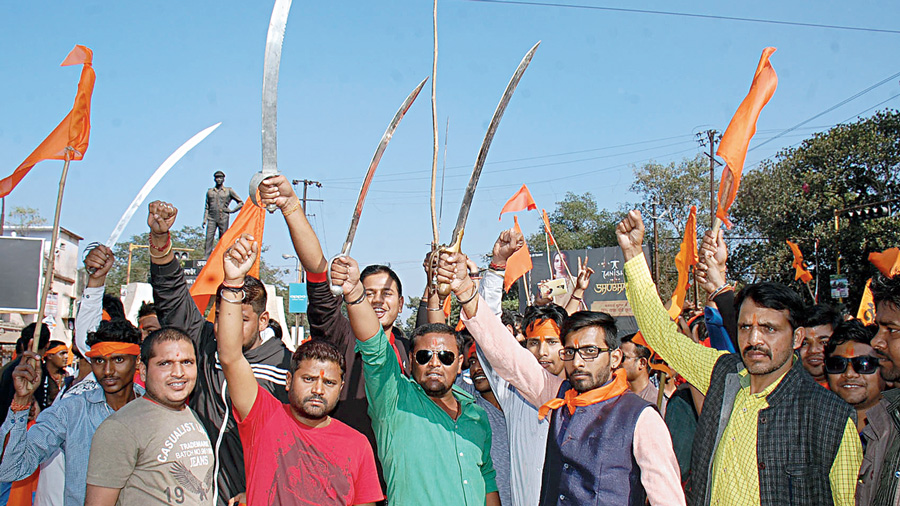 On the 15th of August 2007 — the sixtieth anniversary of Indian Independence — I published an article in the Hindustan Times about how our country was doing. At that stage, there was much talk about India being an emerging superpower. China had already made its mark on the international stage; and it was apparently now our turn. The 21st century was to be an Asian Century, where the rest of the world would watch with wonder and admiration while China and India dominated the spheres of economics and politics much as the United States of America had in the 20th century and Great Britain had in the 19th century.

These exultant anticipations of our imminent global greatness had two principal sets of cheerleaders: entrepreneurs in Mumbai and Bangalore and editors in New Delhi. The previous year, these groups had pooled their energies into hosting a splendid show at the World Economic Forum in Davos which boasted of India being the “World’s Fastest Growing Democracy”. The last word of this tagline was a sly dig at China; it signalled to American and European firms that their employees would find India a much more congenial place to live and work in while, at the same time, getting a handsome return on their investment as well.

Entrepreneurs are by temperament optimistic, even utopian. On the other hand, historians are by temperament sceptical, even cynical. Drawing on this professional DNA, my article in the Hindustan Times on 15th August 2007 argued that our ambitions to dominate the world were unrealistic. There remained deep fault lines of caste, class and religion; our institutions were not quite as robust as the framers of the Constitution had imagined them to be, while widespread environmental degradation posed serious questions about the sustainability of economic development. The tale being told at Davos and beyond did not really reflect these realities on the ground. Our country was not, I concluded, about to become a superpower; rather, India “would muddle along in the middle, as it always had”.

I knew that my entrepreneur friends would find my assessment dismayingly pessimistic. They did, at the time; but looking back at what I wrote thirteen years ago to the day, it seems I was, in fact, excessively optimistic. In the years prior to the 60th anniversary of Indian Independence, the economy was growing at a robust 8 per cent per annum. Before the pandemic began, it had already plummeted to 4 per cent per annum; and now it shall be resoundingly in the negative.

Whatever the truth of the claim made in 2006 and 2007, for some years now we have not been the ‘world’s fastest growing democracy’. Moreover, the last word in that tagline also looks increasingly suspect now. Our economy no longer grows fast; and one cannot really describe India as a functioning democracy any more. I have in earlier columns described the systematic capture of public institutions by the party in power. Our civil service, our investigative agencies, the army, the Reserve Bank of India, the Election Commission, even to some extent the judiciary, are increasingly seen as partisan, acting on orders from the politicians who control them. The secretive electoral bonds have further vitiated the integrity of the democratic process; as have the buying and selling of legislators in different state assemblies. Meanwhile, large sections of the media have capitulated to Narendra Modi and the Bharatiya Janata Party; the small part that remains brave and independent-minded is subject to intense harassment by the State.

I once poked fun at those who, back in 2007, spoke grandly of India’s superpower ambitions. Truth be told, at the time I was a cheerleader for India itself. Not for its economy, but for other things. I had praised India’s democracy, cautiously; and its cultural and religious pluralism, exuberantly. That India then had a Sikh prime minister who had been sworn in by a Muslim president, that our currency notes carried their denomination in seventeen different languages, indeed seventeen different scripts — all this seemed to me an emphatic vindication of the ideals of the founders of the Republic.

In retrospect, the electoral defeat of the BJP in 2004 and then again in 2009 made liberals like myself complacent about the future of Hindutva. For despite those defeats, Hindutva had not diminished either as a political force or as a powerful, and powerfully malign, idea. Powered by the charismatic personality of Modi, the BJP won a majority in the elections of 2014. Modi’s first term as prime minister will be chiefly remembered for the disastrous experiment with demonetization that set back the Indian economy by many years. The first year of his second term as prime minister will be remembered for the abolition of Article 370 and the Citizenship (Amendment) Act, which together delivered a body blow to Indian pluralism. What other havoc Modi and his government may cause to our economy and our society in the years to follow remains to be seen.

Back in August 2007, it was premature perhaps to speak of India as an emerging superpower. But there was nonetheless an ‘India Story’ of sorts; of a large, complex, heterogeneous territory that had somehow made itself into a single, unified nation-state; of a patriarchal and not-very-literate society that had somehow managed to successfully organize many iterations of the largest exercise of the democratic franchise in the history of the world; of a land scarred for centuries by famine and deprivation that had lifted hundreds of millions of people out of poverty while forging ahead in cutting-edge sectors such as information technology and biotechnology.

Back in August 2007, crude boosterism and anticipations of global greatness were unwarranted; but a quiet, understated pride in our not insubstantial achievements since Independence perhaps was not. Now, in August 2020, there is no ‘India Story’ of any sort any more. Even before Covid-19 hit our shores, our economy was in a shambles. Our democracy was widely seen as corrupt and corroded. Our minorities were frightened and insecure. Even the entrepreneurs I know, who were once so hopeful and optimistic, were pervaded by a sense of doom and gloom. And now the pandemic has come along to further intensify our economic woes, our social cleavages, and our democratic deficits. It will take years to set the economy back on track; and whether the institutional fabric of our democracy and the pluralistic ethos of our society can ever recover from the damage done to them since 2014 is an open question.

It is for future historians to fully and authoritatively document how our slide as a nation began, and to critically assess which individuals and institutions were responsible, and in what ways, for this decline. My own view is that the seeds of our fall were sown during the second term of Manmohan Singh, although the real damage has been done since Modi became prime minister. But what is not in dispute is this. On the sixtieth anniversary of Indian Independence, 15th August 2007, one could at least debate whether our country was a superpower in the making. Now, thirteen years later, such a debate would be farcical in the extreme.