Long shadow: a failure in Agra

A failure in Agra 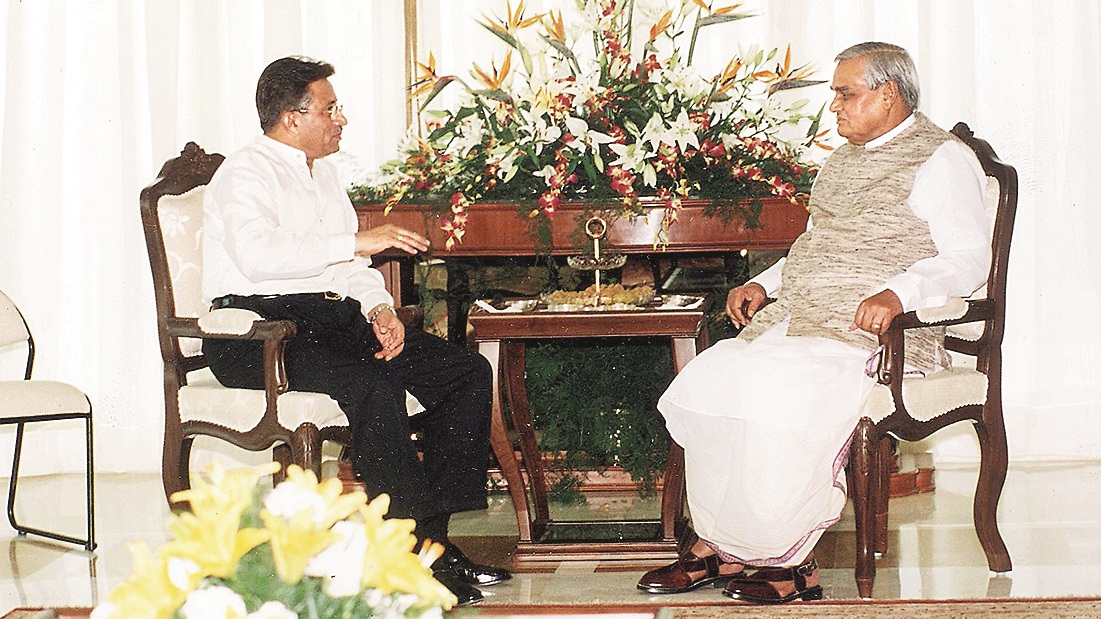 The 20th anniversary of the Agra summit, when General Pervez Musharraf was invited to India, will fall this coming July. As is well known, it was Musharraf’s outspoken comments early during the visit that started a downward trend, which finally led to the summit’s ultimate failure. As is often the case in such India-Pakistan events, there are conflicting accounts of the proceedings. For the then Pakistan foreign minister, Abdul Sattar, Musharraf was “persuasive” and the audience “spellbound” as he held forth his views on Kashmir. For Jaswant Singh, the then external affairs minister, Musharraf was “belligerent” and a “grand standing fever” led to much unrestrained comment. While views have differed on how much weightage should be given to the press interaction in tilting the summit towards failure, that it did begin things on a negative note is undeniable.

The invitation to Musharraf for the summit had itself come after a fraught time. The Kargil conflict in May-July 1999 had been followed by a coup as Musharraf ended another attempt at democracy in Pakistan. Barely had this drama ended when India went through in end December 1999 the trauma of the hijacking of IC 814 to Kandahar, and that ended only with the release of some terrorists in Indian custody. The released terrorists soon surfaced in Pakistan and the shadow of that event extends right up to the present. One of the terrorists released was Omar Sheikh who went on to kill the American journalist, Daniel Pearl, and, finally, surrendered himself to Ijaz Shah, an ISI officer, who joined politics subsequently and was, till recently, Pakistan’s interior minister. Omar Sheikh was awarded the death penalty but this was never carried out and after almost two decades in custody, his release was ordered recently and upheld by the Pakistan Supreme Court.

If 1999, because of Kargil and IC 814, will go down as a very bad year in India-Pakistan relations, 2000 was a year without major conflict but no real stability either. This no-war no-peace period ended in May 2001 with the invitation to General Musharraf to visit India for talks. The invite infuriated many in India who saw it as a hasty, even maverick, decision, taken possibly because of US pressure and from which no good would come. Others objected because they saw the invite as a retreat from a position of the principle that there could be no talks without cessation of support to terrorists. Whatever the merit and validity of these views, Prime Minister A.B. Vajpayee, perceived events from a different and wider prism and he wrote as 2000 came to an end, “A self-confident and resilient nation does not postpone the inconvenient issues of yesterday to a distant tomorrow”. Two other principal figures in his cabinet — the home minister, L.K. Advani, and the external affairs minister, Jaswant Singh — had been fully involved in the back room discussions with Pakistan before the invitation was extended.

The summit ended without an outcome — not surprising in itself given the gulf between the two sides on the issues of terrorism and Kashmir. The differences were well known and, to an extent, both sides had sought to prepare for this. Musharraf had also used the opportunity to declare himself president and was sworn in as such in June 2001. He would now visit India as president of Pakistan rather than as chief executive as he had styled himself post the coup. In any event, it was the peripheral issue of the press meeting and Musharraf’s immaturity and cockiness that played spoiler.

This was not the first time that a high-level meeting in fraught circumstances had failed at Agra. There had been a major missed opportunity a little under three and a half centuries earlier in the summer of 1666. Shivaji arrived in Agra on May 12 for an audience before Emperor Aurangzeb. Purists may well deny that this proposed meeting had the status of a summit. Aurangzeb was the Mughal emperor and Shivaji was then a rebel and a military headache but still eight years away from his coronation as king. Yet, he had established himself as a leader by defeating Mughal armies and raiding some of their major centres such as the port of Surat. His visit for an audience with the emperor was the outcome of both military pressure and patient diplomacy by the Rajput ruler of Amber, Jai Singh, who was the Mughal commander in the Deccan. Possibly the end result he and the emperor envisaged were of the Marathas joining the Mughals just as the Rajputs had three generations earlier. The differences between the Mughals and the Marathas were, of course, formidable and militate against this theory. Yet, the fact that the meeting was taking place at all suggests that possibilities always exist and even appear probable to actual participants. All this was not to be and the outcome of the audience was a well-known disaster. Shivaji felt that he was deliberately insulted, stormed out of the court, was imprisoned, but later escaped to make a separate history for himself and the Marathas.

Was this breakdown inevitable? The historian, Jadunath Sarkar, asked himself this question just over a century ago on the basis of new documents he had unearthed. The downward trend that ended with the disastrous scene in the Mughal court began, Sarkar found, with a “comedy of errors” on account of what we would today call protocol mix-ups and unintentional mistakes. For these, Sarkar placed the main responsibility on Jai Singh’s son and the representative in the Mughal court. “Ram Singh’s slothfulness and the incompetence of his officers” meant that Shivaji was not properly received at the end of a long journey and reached the court late. Consequently the intricacies of court protocol could not be properly explained to him beforehand, he felt slighted at the treatment he received and walked out. At this breach of court etiquette, a group we would term today as hardliners coalesced. These were in the main Mughal nobles who had been worsted in battle by the Marathas, Jai Singh’s own Rajput rivals as well as others whose financial interests had been hit by Maratha raids. At their clamour, Aurangzeb’s own sectarian impulses also asserted themselves. The edifice that Jai Singh had so painstakingly built with the emperor’s earlier consent came crumbling down. Whatever may be the differences in assessments about what was achievable from this initiative, what is clear is that a major opportunity had been missed by the Mughals.

In its immediate aftermath Agra — in 2001 at least — did not appear as a total write-off. Jaswant Singh said after the summit that “we will pick up the threads”; in the Pakistan readouts, the view was that the meeting was inconclusive, not a failure. Yet, over the forthcoming winter, the world changed as 9/11 meant that the global narrative on terrorism now would be decisively different. The terrorist attack on our Parliament in December 2001 heralded a fresh phase of India-Pakistan tensions. By January 2004, however, Vajpayee was in Pakistan and, by this time, the space for Musharraf’s grandstanding no longer existed.

The author is a retired diplomat and currently Director General, Indian Council of World Affairs