Water crisis in Barak, Internet off 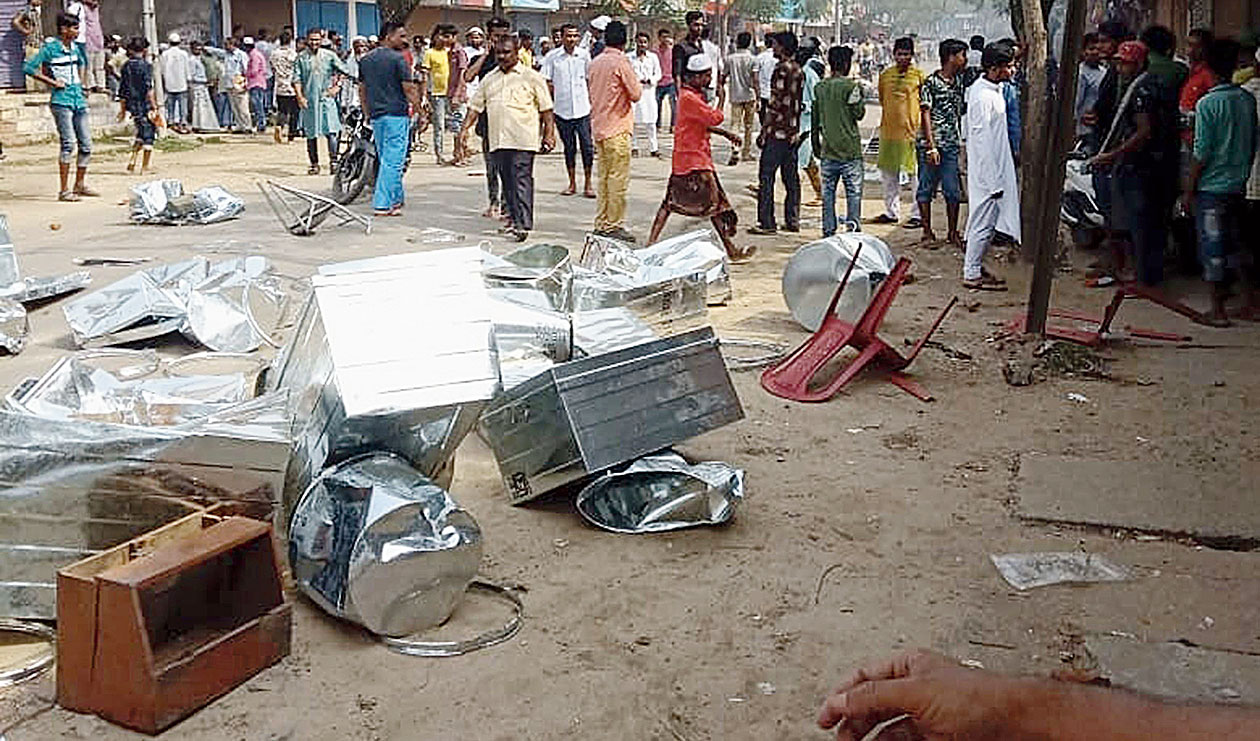 Residents of this town facing a drinking water crisis owing to damage of the main pipe after a clash over Friday prayers here which left a youth dead and led to clamping of indefinite curfew. Internet services have been also suspended in the three Barak Valley districts of Hailakandi, Cachar and Karimganj following the clash.

A Bharat Sanchar Nigam Limited official said Internet services had been suspended to prevent spread of rumours on social media with the administration closely monitoring social media posts after the clash.

The residents’ woes have been compounded by their inability to venture out to collect packaged drinking water owing to the curfew.

The public health engineering department has not been able to supply water to households because of damage to the connecting pipe at Ratanpur Road here.

The pipe links the Barak river with the treatment plant and was damaged during the clash on Friday.

“We have seven members and have been without drinking water since last night. We don’t even have enough water to drink and cook. We can’t even think of washing under the current circumstances. My brother tried to go out to buy some packaged water but found all shops closed due to the curfew,” said Joyati Sengupta, a housewife.

Sources said restoration work had been disrupted as labourers were not ready to report for work owing to the curfew. Sources said they were trying to make alternative arrangements for temporary relief of the people.

Hailakandi town, which has around 20,000 households, has 15,000 water connections and the average water requirement per family is 50 litres daily.

still in force as the situation remained tense on Saturday.

The clashes erupted over police caning a section of devotees who tried to offer Friday prayers on the road in front of a mosque on SS Road here owing to space constraints inside.

The clashes spread, leading to the death of one person and at least 15 people, including police personnel, sustained serious injuries.