Advertisement
Home / North-east / Tripura: Over 2,000 people shifted to relief camps due to floods

Tripura: Over 2,000 people shifted to relief camps due to floods

In view of the situation, the state government has already declared that schools and colleges will remain shut on Saturday 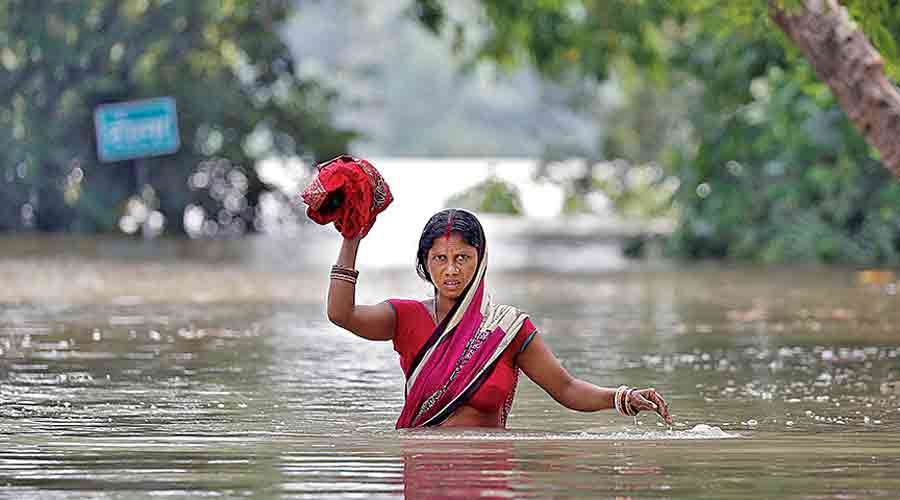 More than 2,000 people have been displaced due to flooding in Sadar subdivision of West Tripura district triggered by torrential rain, officials said on Saturday.

They have taken shelter in 20 relief camps. However, no fatality has been reported so far, they said.

West Tripura district has received 155 mm of rainfall in the last 24 hours, causing inundation of several low-lying areas on the banks of Howrah River.

Chief Minister Manik Saha visited the Integrated Command and Control Centre on Friday night and took stock of the situation. He asked officials to take all possible steps to handle the situation and assess the damage caused by the floods.

State Disaster Management Authority Project Officer Sarath Kumar Das said although rain has stopped since Friday midnight, Agartala may receive a heavy downpour around noon as predicted by the MeT Department, and an alert has been sounded.

"Water is flowing into Howrah River from Barmura Hill which is causing it to swell. We are keeping a close watch on the situation and taking necessary measures," he told PTI.

In view of the situation, the state government has already declared that schools and colleges will remain shut on Saturday.