Trio from Assam stay back in Italy for work 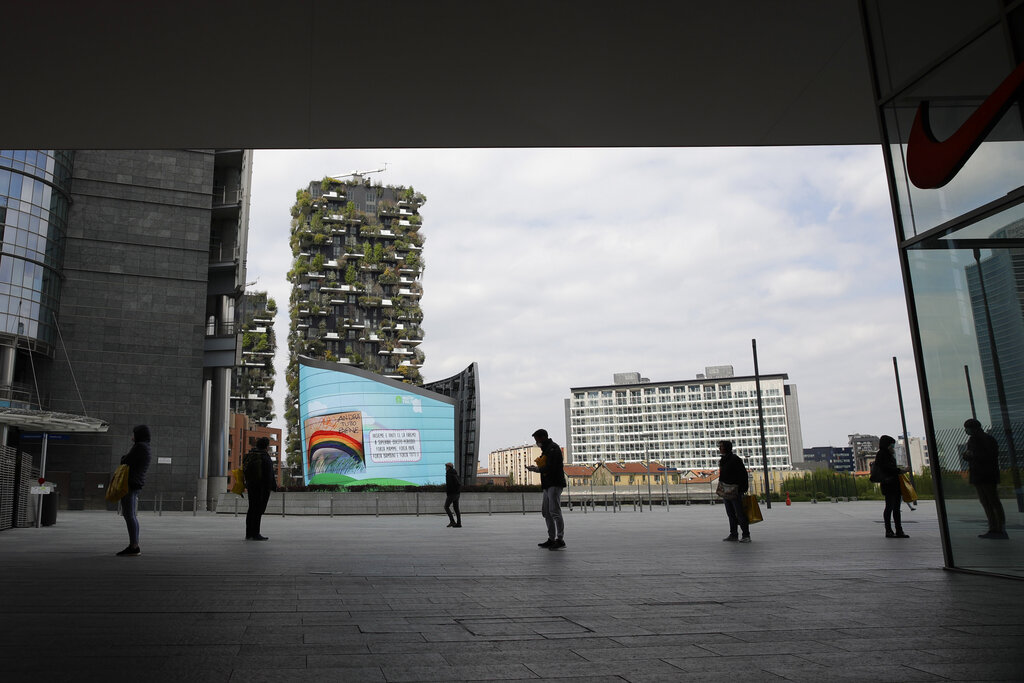 Three persons from Assam pursuing academic careers in Italy stayed back when Covid-19 was sweeping across the European nation — one to complete his doctorate, the second for coronavirus-related research and the third to see how the country with the world’s second-best healthcare facilities tackles the pandemic.

The three, who have been staying in Italy for nearly four years, are among the few Indians who did not return home when the Indian government made arrangements to bring them back from Italy, which is among the worst-affected with over 13,000 deaths and more than 1,10,000 cases.

On March 24, the day Prime Minister Narendra Modi announced a 21-day lockdown from midnight to curtail the spread of the virus, Prabin Upadhyaya was awarded his doctorate online. The biologist did his PhD in neurosciences and imaging from the Gabriele d'Annunzio University in Chieti city in central Italy’s Abruzzo region.

“I completed my doctorate, with an additional title of PhD Europeans and was given excellent grade. Currently, I am looking for a post-doctoral position for further research,” Upadhyaya said from Chieti.

“When the flights to India were arranged, there was some work left for my PhD degree. So I decided to stay back till I finished,” said Upadhyaya, who hails from Jagun in Assam’s Tinsukia district and has been under home quarantine for the past 20 days. Upadhyaya has no regrets, nor does Akash Deep Biswas, a PhD scholar of Scuola Normale Superiore di Pisa and a computational biologist.

Biswas from Tezpur is currently working on finding a molecule which can inhibit the CoV-2 main protease. “I had started working on the CoV-2 protease from mid-February and wasn’t interested in leaving this country under any circumstances because of my work demands,” he said from Pisa.

His research article on computational approach based on molecular dynamics simulation to study the dependence of the protein hydration-shell density on the size of the protein molecule, which includes 17 proteins besides CoV-2 main protease, was published on March 23 by the Royal Society of Chemistry’s Journal of Physical Chemistry Chemical Physics.

According to Biswas, the reason for the many positive cases and deaths in Italy is the high average age of 45.5 years. “A huge number of people are either very young or very old. These two groups of people are very vulnerable to Covid-19 as their immune system is low compared to others,” he said.

Italians, he said, are very sad but optimistic and positive. “They call the patients fighters. The dead are being buried with respect and dignity. They have this strong belief that we all will soon come out of this situation,” Biswas said.

Promit Choudhury from Silchar is doing his masters at Politecnico Di Milano in Italy’s worst hit Lombardy province. Before coming to Italy, he worked with Mahindra & Mahindra (R&D wing) for two years.

“Currently, I am also working with a Mexico-based company as a senior consultant and taking care of its operations in Europe. Now, with the shortage of ventilators and protective gear like masks, our company is working on low-cost solutions like reusable gear,” he said.

When Indians in Italy were leaving for home — when the pandemic was in the second stage in Italy — Choudhury chose to stay back after consulting his parents. “I wanted to see how Italy, being second best in the world in terms of healthcare facilities, tackles the situation and adopts counter-solution measures,” he said.