Strike in region over citizen bill 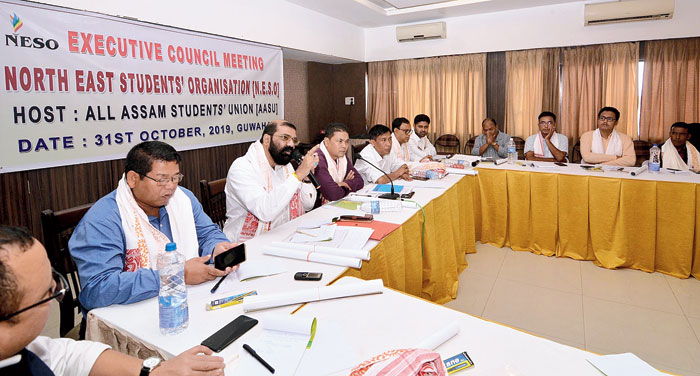 North East Students’ Organisation (Neso) on Thursday decided to renew its protest against the Citizenship (Amendment) Bill with a Northeast-wide protest on November 18.

The decision was taken at a daylong executive meeting of Neso where the student body also decided to launch coaching centres in all states of the region to help students prepare for competitive examinations and launch a “planned economic movement” after consultation with experts.

“We will organise a protest against the citizenship bill in front of the Raj Bhavans in every state on November 18. Then we will submit memoranda to the Prime Minister and home minister through the governors stating our opposition against the bill,” Neso chairman Samuel Jyrwa said.

Neso, which had spearheaded a protest against the bill last year, reiterated that the bill cannot be accepted because it is “unconstitutional, communal and against the interests of indigenous communities”.

There have been reports that the Centre is going to table the bill in Parliament next month.

Neso said the draft NEP is “not healthy” and cannot be accepted in its present form.

“The policy will divide the students in two categories — rich and poor. It is centrally controlled and not aimed at protecting the indigenous languages or dialects,” Neso adviser Samujjal Bhattacharjya said.

Jyrwa said instead of imposing Hindi through the NEP, the Centre should promote indigenous languages of the Northeast and lay more stress on English.

Neso demanded that the central government’s departments operating in the Northeast should have the policy of reserving jobs for eligible unemployed youths of the region.

The constituent organisations of Neso will visit the central government offices in their respective states to submit the demand.

Neso decided to hold its general conference in the last week of January in Tripura next year.