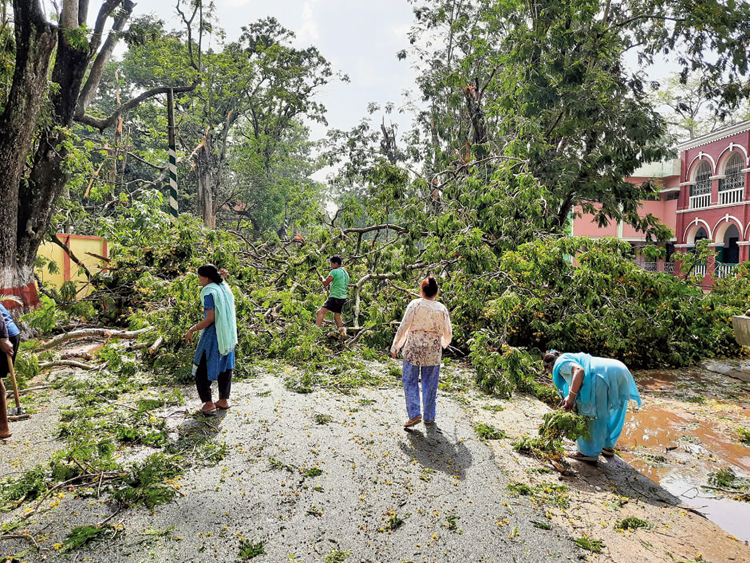 The storm hit the capital of the city and other parts of the state followed by a heavy shower.

The storm damaged several houses, roadside hoardings, uprooted electric poles and trees in many parts of the state and National Highway 8 was also blocked. However, it was cleared later.

A report from State Emergency Operation Centre said in West district 53 families affected and seven houses were severely damaged and 53 partly, in Sepahijala 16 villages were affected and five villages in Gomati.

In many places, power supply was disrupted but restoration work was on.