Spectre of citizenship bill hangs over R-Day functions in Northeast

A contingent of Assam Police at the Republic Day programme at the Veterinary College Playground, Khanapara, in Guwahati.
UB Photos
Our Special Correspondent   |   Guwahati   |   Published 26.01.19, 06:36 PM

Assam governor Jagdish Mukhi on Saturday said the government was committed to protecting the political rights of the indigenous people of the state.

After unfurling the Tricolour on the 70th Republic Day at Khanapara here, Mukhi said he was happy that Clause 6 of the 1985 Assam Accord was going to get constitutional status and that the Centre had decided to grant Scheduled Tribe (ST) status to six communities of the state.

On influx, he said the government was working for a permanent solution. “We are committed to build a new Assam. There is no place for any illegal immigrant here. People of the state have all the rights on its resources and it will always remain like that,” he said, adding the state government machinery was working with dedication to prepare an error-free National Register of Citizens (NRC).

“We will take all necessary steps to free Assam of illegal migrants,” Mukhi said.

The Republic Day was celebrated in the state amid a boycott call given by Ulfa (Independent). 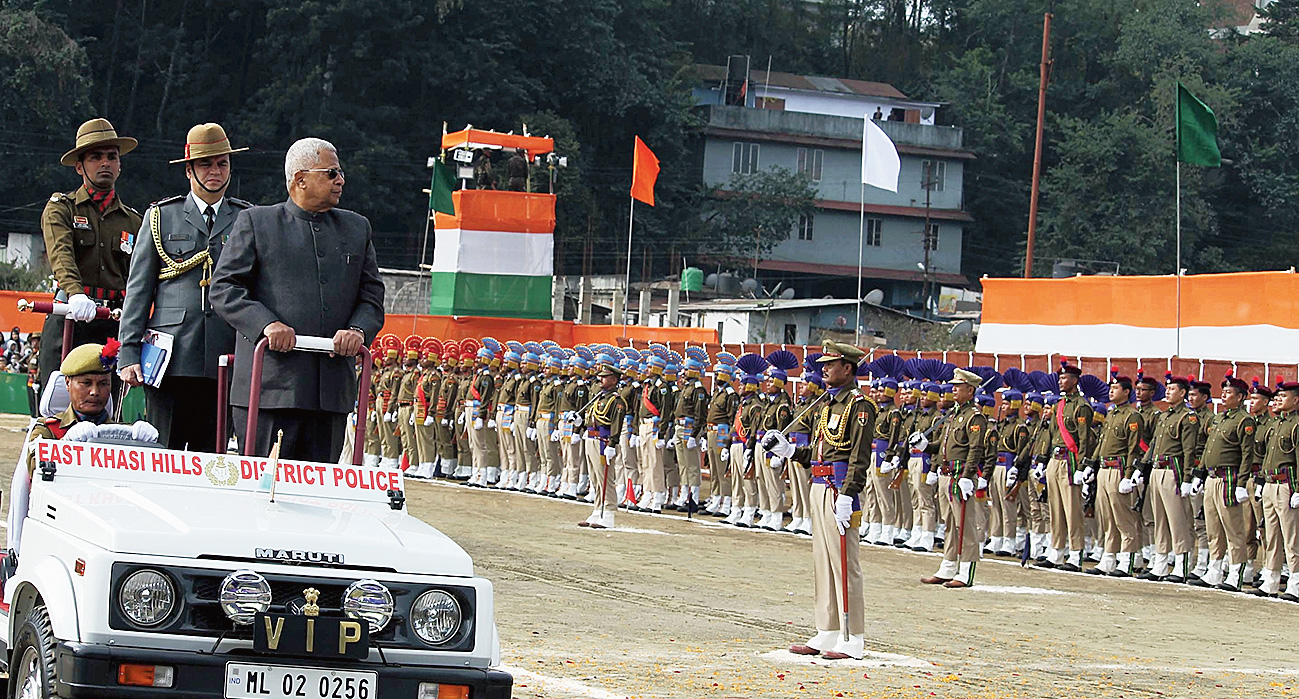 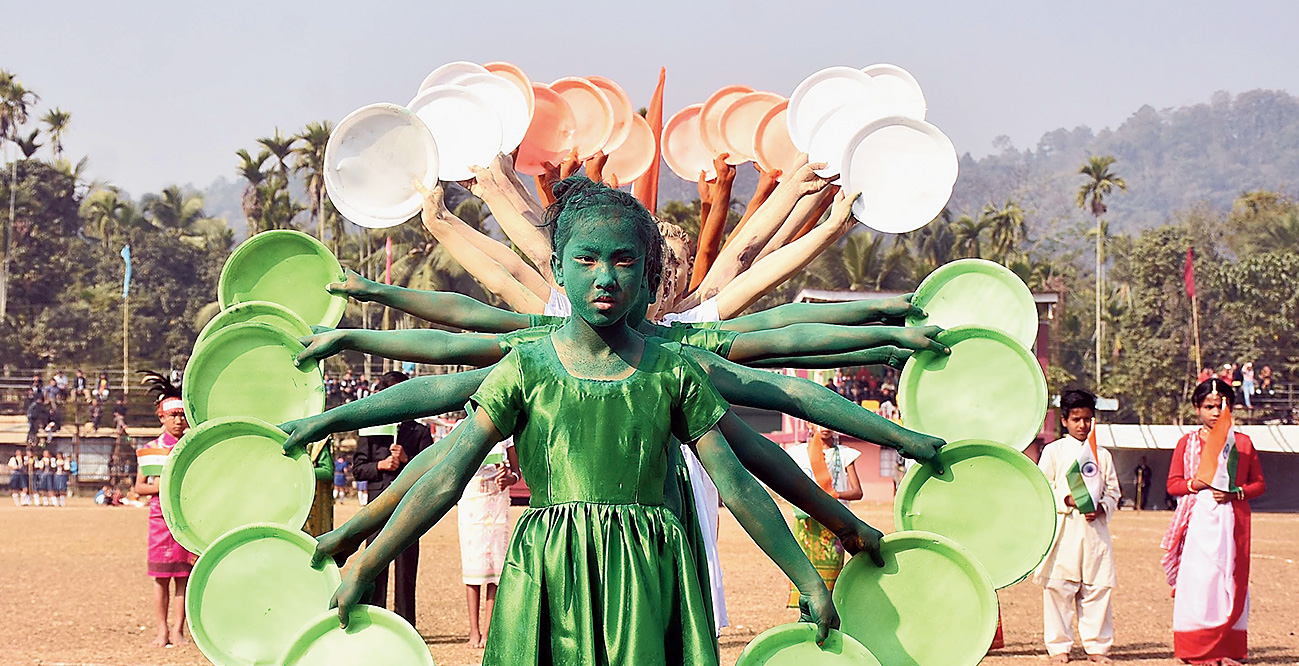 Chief minister N. Biren Singh assured the people that the state government stands for the protection, integrity and ethnic harmony of the people. He said the government would not remain silent if there is any element in the bill that would threaten the integrity of the indigenous people. He appealed to the people to be thoroughly familiar with the contents of the bill before resorting to protests. He urged them not to resort to bandhs, blockades and strikes as it would hamper economic development of the state.

Governor Najma Heptulla unfurled the Tricolour at the Republic Day function at the Kangla Fort.

Governor Tathagata Roy, unfurling the Tricolour at Polo Ground in Shillong, recalled the Republic Day celebrations in Shillong in 1951.

“I was six then and had come to see the celebrations with my mother and a cousin. We saw Assam governor Jairamdas Daulatram taking the salute and I pestered my mother with questions about the governor. I was impressed to see that the governor’s car had no number plate, just Assam. Little could I imagine that one day, nearly 70 years later, I will be standing here to take the salute,” he said.

Roy handed over U Tirot Sing Award for art and literature to Phervision Nongtdu and the U Kiang Nangbah Award for sports to Eugene K. Marak during the function.

Roy said the internal security situation had improved over the past one year.

On education, he said Ekalavya Residential Model Schools would be constructed in all the 11 districts, each at an approximate cost of Rs 24 crore, two new model degree colleges have been sanctioned at Patharkhmah and Rongjeng and two existing ones at Mawkyrwat and Nongtalang would be upgraded. A state-of-the-art diagnostic centre was being set up at the Pasteur Institute Shillong at Rs 20 crore and a tribal research institute was proposed to be set up in West Garo Hills district at a cost of Rs 40 crore.

He said Meghalaya was one of the top implementers of the Mahatma Gandhi National Rural Employment Scheme with a projected expenditure of Rs 1,000 crore in the current fiscal. On industries and commerce, he said a single window agency has cleared 59 proposals with proposed investment of Rs 2,830 crore.

IT dream for Tripura

The biggest information technology (IT) centre in the Northeast will be set up in Tripura, governor Kaptan Singh Solanki said on Saturday. Addressing the 70th Republic Day function at the Assam Rifles ground in Agartala, he said the new government was trying to make the state a model one. He said the waterway being set up between Bangladesh and Tripura would not only make the state a trade hub but also benefit other northeastern states.

He lauded the BJP-IPFT government for implementing the recommendations of the seventh Central Pay Commission for the employees of the state. “Crime against women has come down and the government is working hard to make the state drug-free,” Solanki added. Tripura chief minister Biplab Kumar Deb was present at the function.

Arunachal Pradesh Governor Brig B.D. Mishra (retired) called upon the people of the state to shed thoughts of individual benefits and work for the development of the state, says PTI.

Unfurling the Tricolour at the Indira Gandhi Park here on Republic Day, Mishra urged the people to cooperate with the state government in its agenda for all-round development. 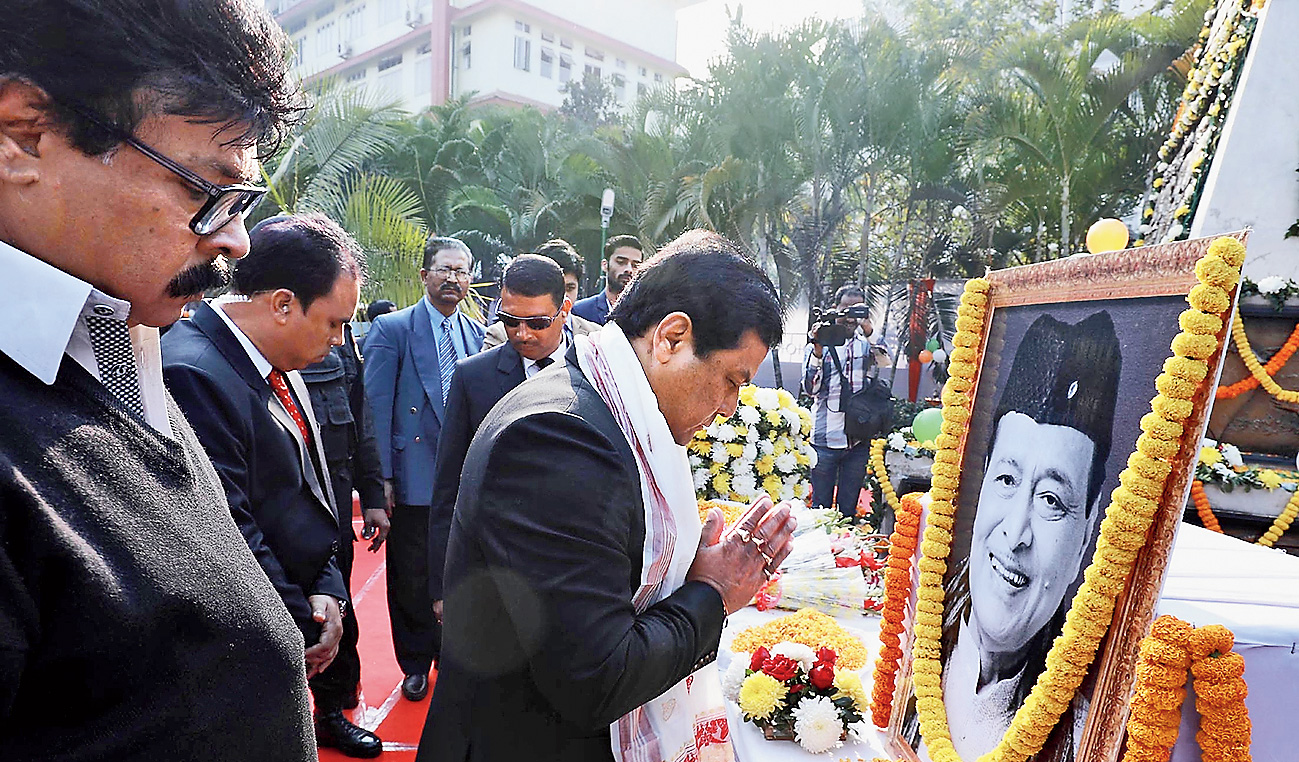