Snowy rendezvous with democracy at 13500 feet in Arunachal Pradesh 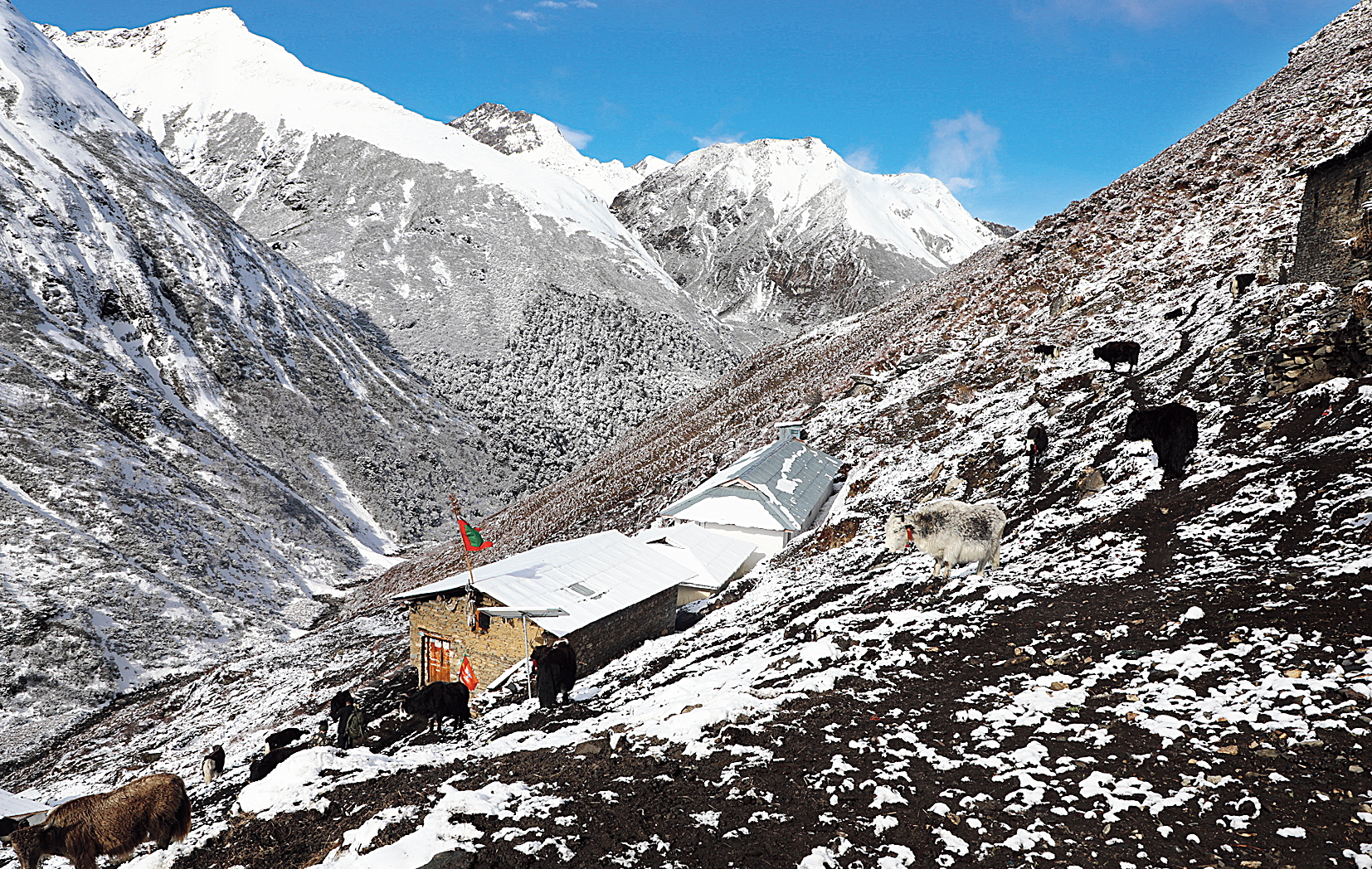 They walked for more than 10 hours at sub-zero temperatures to help 35 people cast their invaluable votes at 13,583 feet.

After completing the process at Luguthang polling station in Arunachal Pradesh’s Tawang district, the highest in the state, before 8.30am on Thursday, the 35 personnel, including 24 porters, reached Tawang on Friday.

Gepiam Mize, the sector officer for Luguthang polling station, told The Telegraph: “The road to Luguthang was a difficult one as we had to climb from 800 feet to 14,000 feet through tough terrain, crossing mountains. As the oxygen level goes down with altitude, one gets tired after walking for some time .”

The team left Tawang on April 9 at 4.50am and reached New Malling village, the last motorable point, at 7.30am. All the porters were waiting there and the poll materials were distributed among them, including electronic voting machines (EVMs), with utmost care.

“We encountered snow after crossing 11,000 feet. The route was quite slippery and it was difficult to move ahead,” Mize said. Mountains with spiky dwarf plants appeared at 12,000 feet and there were no trees, he added.

“Around 3.30pm, the weather changed and there was snowfall and high winds started lashing us.It was biting cold. Holding on to the umbrellas was becoming tough too,” he said.

The team walked through the icy conditions for 10-and-a-half hours to reach Luguthang. “We reached Luguthang in chilly conditions at 6.30pm on Wednesday,” Mize said.

The polling station is under Mukto (ST) Assembly constituency, which is represented by chief minister Pema Khandu, and falls under the Arunachal West parliamentary constituency.

On polling day, the weather was fine.

Mock polls for parliamentary and Assembly constituencies were conducted before 6.30am on Thursday and voting started on time at 7am.

“All the voters, comprising 19 men and 16 women, exercised their franchise before 8.30am,” Mize said.

“Luguthang is really a beautiful village. It is located where there is no vegetation. The way the villagers spend their time with yaks was interesting,” he added.

It is said that fortune favours the brave. The weather gods smiled on Friday and the polling personnel reached New Malling village in six-and-a-half hours from Luguthang.

Official spokesperson for the Election Commission Sheyphali Sharan tweeted on Saturday, “Polling parties in Arunachal Pradesh. 13583 feet altitude Luguthang — Mukto Assembly Constituency. Whatever the challenges — they do cross them all to reach the voters after all!”