The draft NRC was published on July 30 and included the names of 2.9 crore people out of 3.29 crore applications 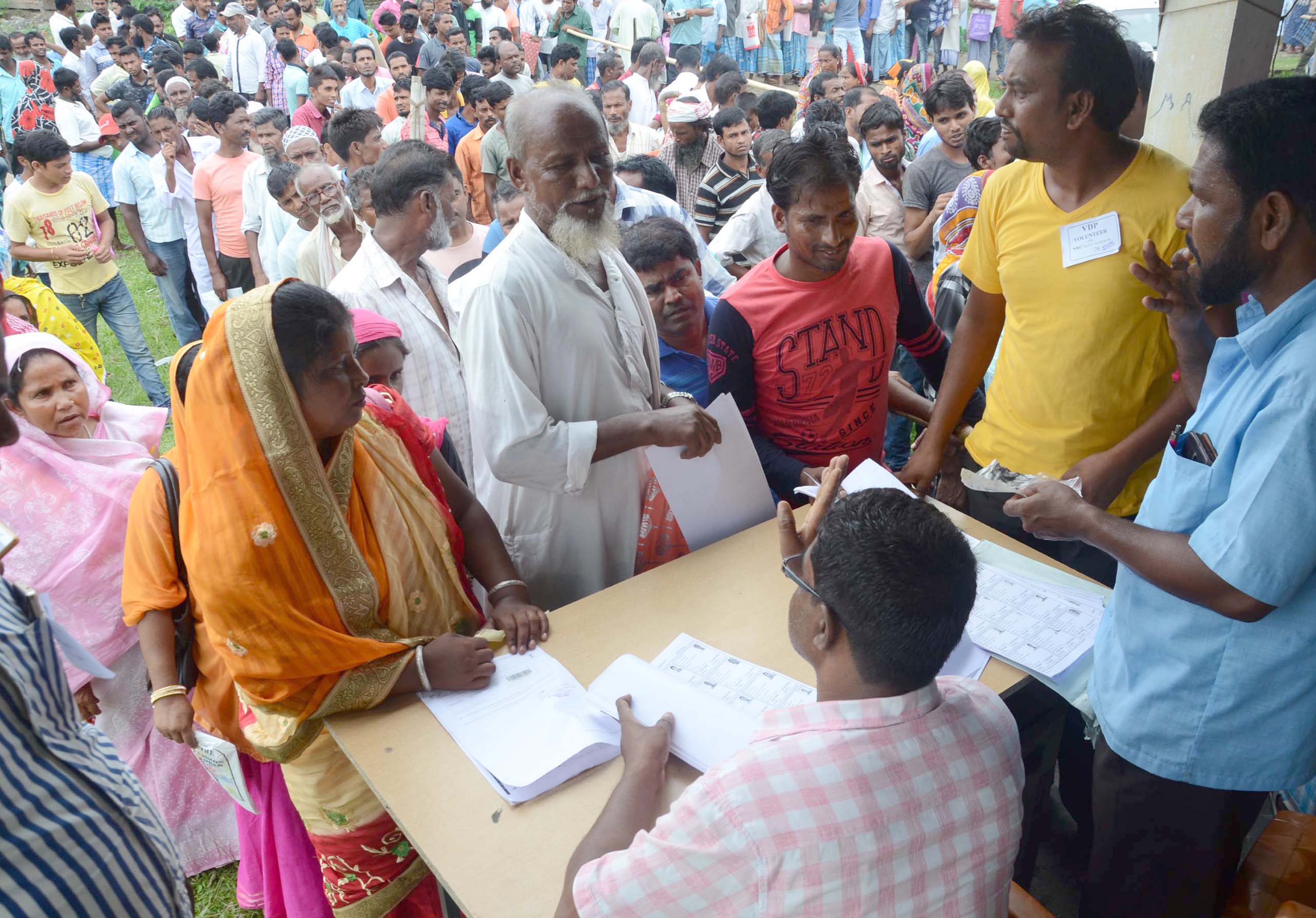 The Centre has said the ongoing exercise for updating the National Register of Citizens (NRC) in Assam should be completed by June 30.

In a notification, the Registrar General of India said the decision has been taken as the exercise to enumerate citizens in the NRC, a list of Assam's residents, could not be completed within the specified date of December 31, 2018.

'The central government has considered it necessary and expedient in the public interest to complete the said enumeration in connection with the updation of the National Register of Citizens, 1951, by the 30th day of June, 2019,' the notification, issued by Registrar General of India, Sailesh, said.

On December 6, 2013, the government had issued the first notification setting a deadline of three years for completion of the entire NRC process. However, since then, five extensions have been given by the government at regular intervals as the exercise is not yet over.

The draft NRC was published on July 30 and included the names of 2.9 crore people out of the total 3.29 crore applications. There has been a huge controversy over the exclusion of 40 lakh people from the draft NRC.

The current process of claims and objections to the draft NRC will come to an end on December 31, and after that the final list is expected to be published.

For the claims and objections process, forms are available in 2,500 Seva Kendras in Assam, where people can file their appeal in their respective areas. People can file corrections to their names that are in the draft and also raise objections against suspected foreigners.

The Supreme Court-monitored NRC exercise, aimed at identifying illegal immigrants in the state that borders Bangladesh, was carried out only in Assam, which has faced influx of people from Bangladesh since the early 20th century.

When the NRC was first prepared in Assam way back in 1951, the state had 80 lakh citizens.

According to the 2011 census, Assam's total population is over 3.11 crore. The process of identification of illegal immigrants in the state has been widely debated and has become a contentious issue in state politics.

A six-year agitation demanding identification and deportation of illegal immigrants was launched by the All Assam Students Union in 1979. It culminated with the signing of the Assam Accord on August 15, 1985, in presence of then Prime Minister Rajiv Gandhi.

Wife not in Assam NRC, man dies of stress