Shillong nine-year-old among lucky 12 to US 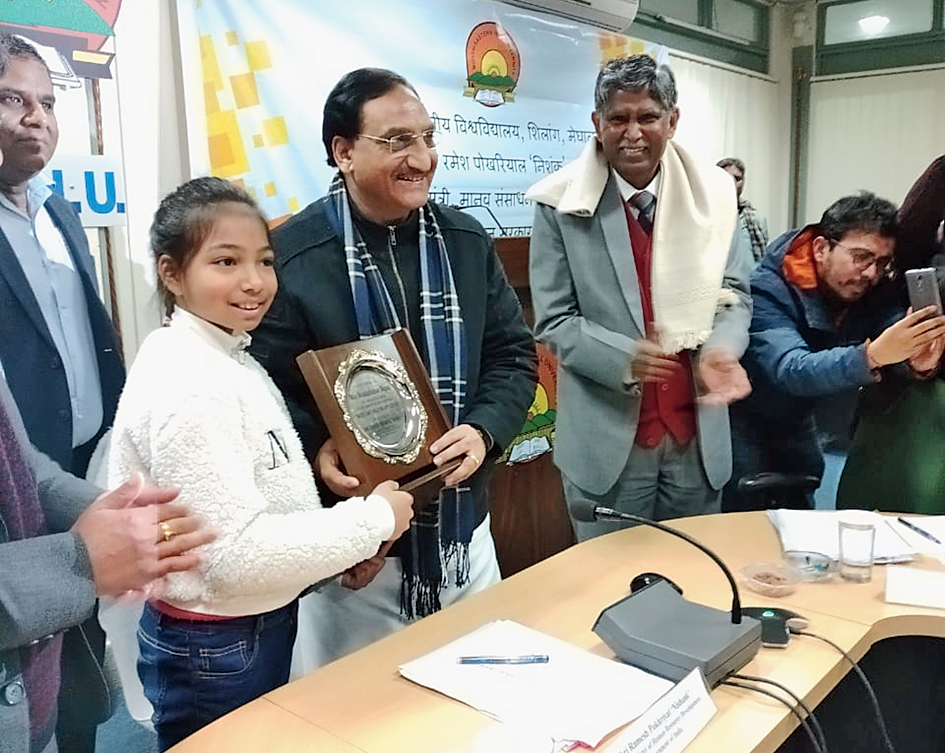 This nine-year-old refused to be bullied or let others be hounded in school.

Meaidaibahun Majaw, a student of class IV here, has been chosen to take part in a Silicon Valley meet where scientists, engineers, venture capitalists and entrepreneurs will assemble to witness her anti-bullying app.

Making the announcement, White Hat Junior on Wednesday took to Twitter to say, “Kudos Mae Mae, who is one of our winners of the 12 chosen ones! Mae Mae will soon be flying to #SiliconValley to meet #Google Scientists, Waymo Engineers, VC’s from Nexus Ventures and Entrepreneurs from Owl Ventures.”

White Hat Junior is an online portal where children can learn the fundamentals of coding — logic, structure, sequence and algorithmic thinking — to generate animations and apps.

The trip to California will be made in May, and Meaidaibahun will present her app before the audience.

She came up with an application to report against bullies to school principals, teachers, parents and even friends anonymously. She had the idea of the app after experiencing bullying ever since she first stepped into her school, from nursery till class II.

She enrolled with White Hat Junior in September last year. By December 2019, Meaidaibahun was able to develop the anti-bullying app, which is the first of its kind. The app outperformed on each and every parameter, which included uniqueness of the idea, core functionality, user interface, and world impact.

The app has also been graded as an industry app, and if approved, will be included in Playstore from where users can download and install it on their phones.

“Ecstatic to learn that Meaidaibahun Majaw #Meghalaya’s 9nine-year-old genius who created an anti-bullying app to help victims report cases of #bullying anonymously to parents and teachers, is among the 12 chosen ones to go to #SiliconValley. A dream come true for Meai. So proud of her,” Sangma said on Wednesday.

Meaidaibahun said the app can be used not only by children to report against bullies but even by college students or those who encounter cyber bullies.

Cyber-bullying or cyber harassment is predominant in the virtual world.

Meaidaibahun had also developed various other apps, including one where customers in cafes can place their order for eatables without human interface.

The girl dreams of building her own company to develop apps, games, websites, and even robots.