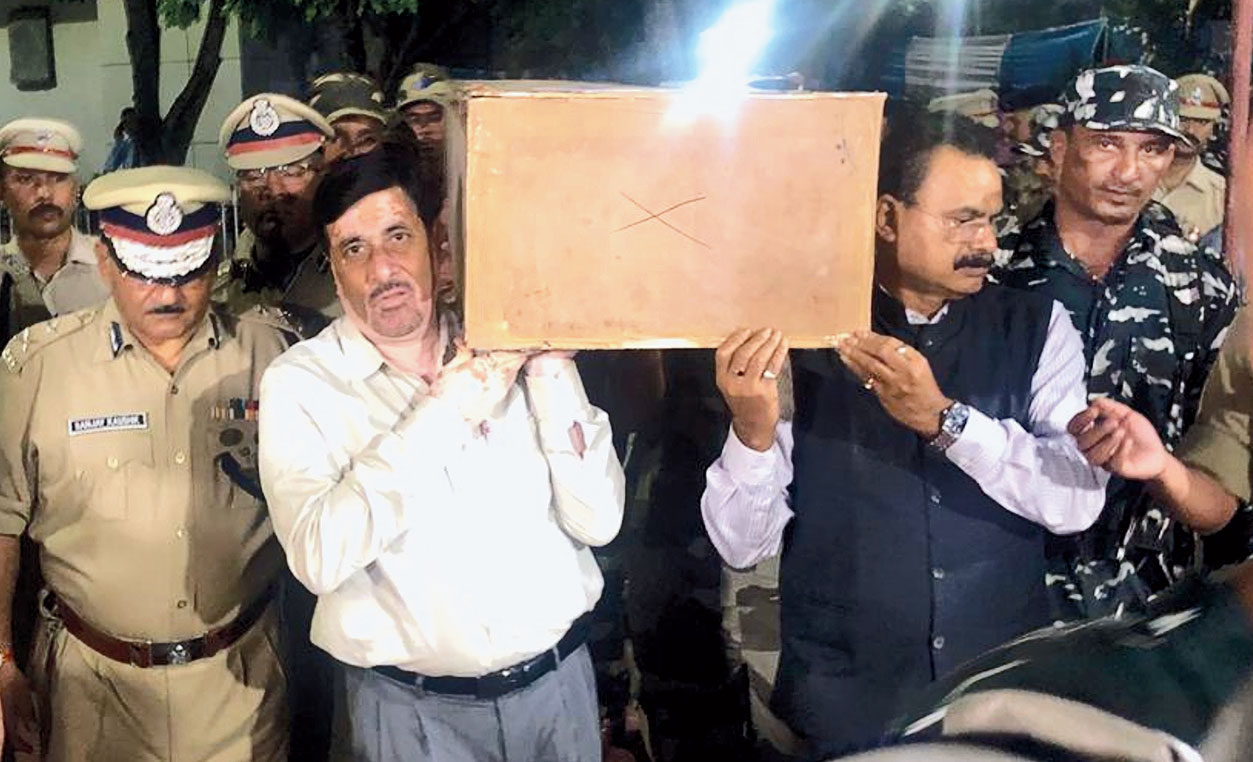 CRPF jawan Nirod Sarma, 47, from Assam’s Nalbari district, was supposed to come home on Saturday and take his daughters to school on his bike. Instead, it was his body that came home in a coffin on Thursday.

Sarma and four other CRPF jawans were killed when motorcycle-borne assailants sprayed bullets on them while they were on duty in south Kashmir’s Anantnag town on Wednesday.

Sarma is survived by his wife, Jonali Devi, whom he married in 2004, and two daughters, Dikhita and Himangi, students of classes IX and VI respectively.

Sarma’s body reached Lokpriya Gopinath Bordoloi International Airport here on a special flight on Thursday evening. From there, the body was taken to his home at Dahkaunia village at Barama in Nalbari district in a vehicle decorated with flowers, and cremated in the presence of hundreds of locals.

Assam cabinet minister Chandra Mohan Patowary and the chief minister’s press adviser, Rrishikesh Goswami, were present at the airport on behalf of the government.

“When he (Sarma) came home last time, he asked me to study hard so I can perform well in the matric examination,” said Dikhita.

Sarma had joined the CRPF in 1991 and was posted in Jammu and Kashmir for the past 10 years. He was serving as an assistant sub-inspector of the 116 Bravo Company.

As soon as the news of Sarma’s death spread in Barama, villagers rushed to console his grief-stricken family. They stayed the night with the victim’s family and prepared a pyre on Thursday to cremate the soldier who had always taken active part in various activities of the village.

When the villagers learnt that pro-Pakistan terrorist group Al-Umar Mujahideen had taken responsibility of the attack, they shouted “Pakistan murdabad” and urged the government to take more steps for the security of the jawans.

The Assam government has announced Rs 20 lakh for Sarma’s family.