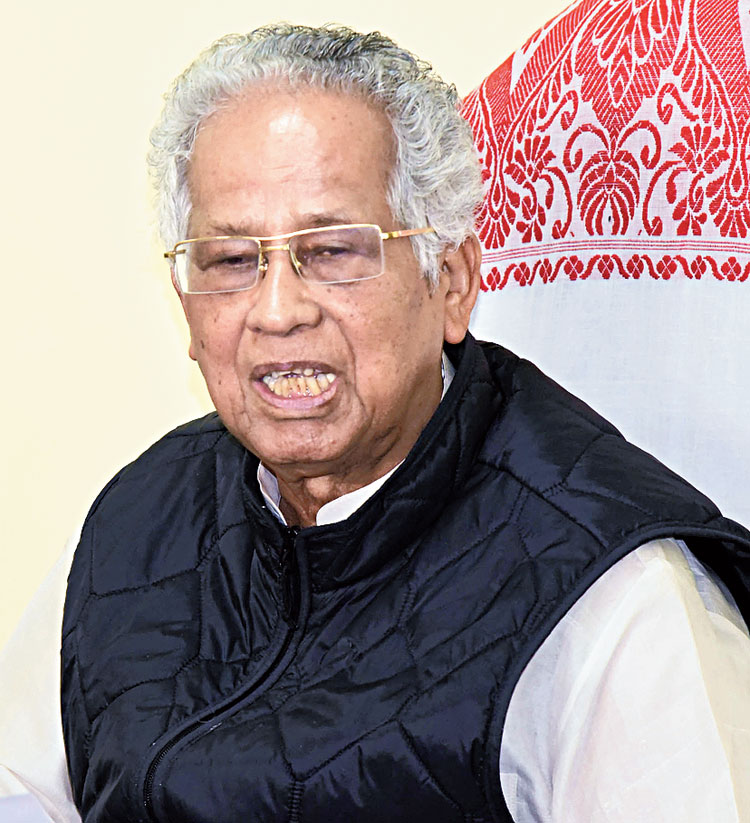 Former chief minister Tarun Gogoi on Wednesday accused the ruling BJP of “profiting” from the sacrifices of the CRPF jawans who were killed in the Pulwama attack on February 14.

“We are all deeply saddened by the death of the jawans, but the BJP is using that sentiment and the soldier’s sacrifices by talking about it in every election campaign and public meetings to profit in the Lok Sabha elections. In truth, the party is trying to divert people’s attention from the various flaws in terms of delivering development and fulfilling other promises it had made in 2014 elections. It can’t claim credit for the air strikes as the country’s safety is in the hands of the armed forces,” said Gogoi, in a media interaction in his quarters at Dispur on Wednesday afternoon.

Gogoi had also asked the BJP government to come up with a definite headcount of the terrorists killed in the Balakot air strike on February 26.

“Different persons are giving different figures. On the other hand, international media are saying that not a single terrorist was killed in the attack. The government should come up with a definite figure with proof and silence the voices that are questioning its authenticity. Otherwise, a sorry picture of the country will be painted in front of the entire world,” Gogoi said.

He held the conference to point out the sectors where the BJP-led government, both at the Centre and state, has failed in meeting the issues pertaining to corruption, job creation and inflation during its five-year rule. Gogoi said the BJP has failed to live up to its promises and maintain peace in Assam.

“The BJP is now fencing the Assam borders and updating the National Register of Citizens (NRC) in order to identify and stop infiltration of Bangladesh migrants, but they are also pushing for the Citizenship (Amendment) Bill, 2019, which will give citizenship to those migrants. If that is the plan, then border fencing is unnecessary. They can simply throw the NRC into the Brahmaputra. All the exercises are useless,” Gogoi said.