Despite his ties with the BJP, Meghalaya's chief minister has been at the forefront in opposing the citizen bill 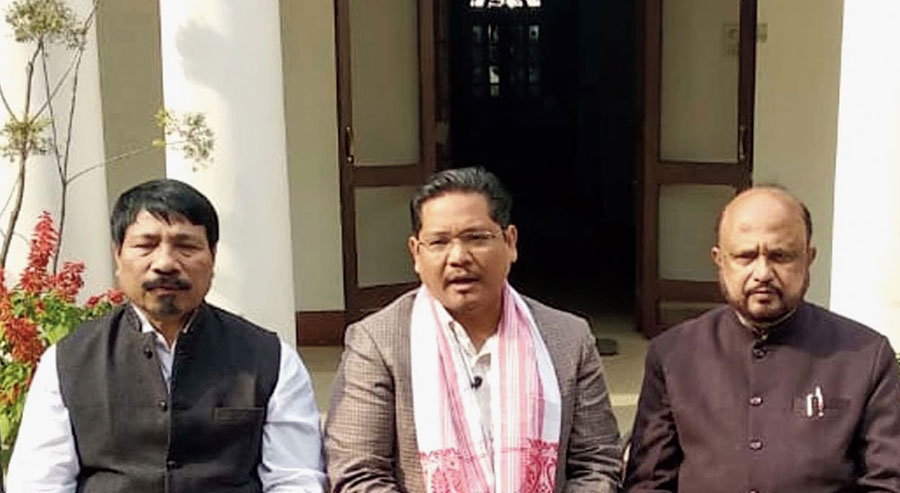 Meghalaya chief minister Conrad K. Sangma on Wednesday rejoiced as amendments to the Citizenship Act did not see the light of day.

Despite his ties with the BJP, Conrad has been at the forefront in opposing the Citizenship (Amendment) Bill, 2019. His government had last year passed a cabinet resolution to oppose the bill.

But passing a resolution was not enough. Conrad had to work with other parties like the Asom Gana Parishad to raise a strong pitch against the bill. Along with the National People’s Party and other leaders of the region, Conrad met Union home minister Rajnath Singh twice to highlight their reservation about the bill.

As the BJP remained adamant about placing the bill in the Rajya Sabha, Conrad threatened to pull out of the National Democratic Alliance (NDA). He also met leaders of various political parties in Delhi to prevail upon them not to support the bill.

But on Wednesday, after the Rajya Sabha was adjourned sine die, a jubilant Conrad, flanked by AGP leaders at his Delhi residence, announced that the Centre’s inability to pass the bill in the Upper House was an “emotional moment” for the people of the Northeast. He said the “voice of the people” had prevailed. “It is indeed a great moment. It is an emotional moment for all the citizens of the Northeast. Even at the political and social platforms, we have all been standing together to oppose the bill. Today, the sentiments of the people have prevailed, the voice of the people has prevailed,” the chief minister said. He also thanked leaders of political parties, civil society groups, students’ bodies, and the media for playing a critical role.

NPP praise: The Nagaland unit of NPP lauded Conrad for his tireless efforts in maintaining a clear stand and taking up the mantle to oppose the bill. “As a political party belonging to the Northeast we shall always stand by our land and its people against any atrocities that will negatively affect the security and stability of the region,” the state NPP said in a release on Wednesday. “This is the victory for the Northeast and democracy,” it said.