Minister Lahkmen Rymbui meets members of inter-faith group, curfew on in some areas 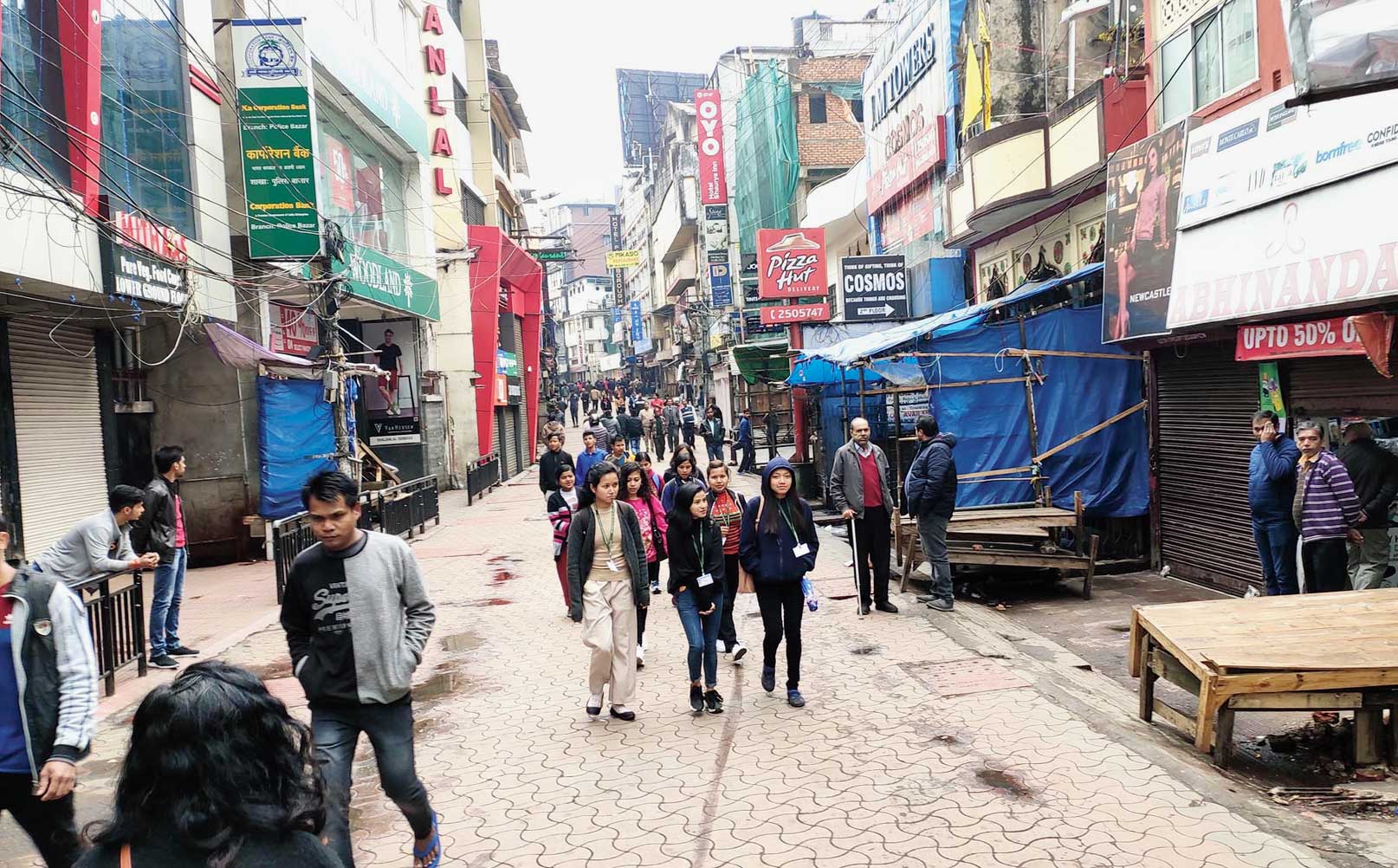 Meghalaya home minister Lahkmen Rymbui on Tuesday discussed with representatives of various religious and social organisations ways and means to restore normalcy and peace in the state capital and in the Sohra area which have been hit by violence over the past few days.

The meeting was chaired by Rymbui and attended by East Khasi Hills deputy commissioner Matsiewdor War Nongbri and other district and police officials.

Shillong witnessed violence after Khasi Students’ Union members were attacked at Ichamati village in East Khasi Hills on February 28, resulting in the death of KSU member Lurshai Hynñiewta. Several stabbing incidents were also reported here in which a trader died and many were injured.

Rymbui later told reporters that the meeting discussed how to restore normalcy and peace in the state, that the government should pursue the Assembly resolution on inner-line permit (ILP), as demanded by the people, with the Centre and implement the system in the state and strengthen other existing laws that can protect the residents.

The participants also agreed that the on-going examinations should not be disturbed, “In the meeting, I said that the next three months are crucial for our students and youth. The HSSLC exams started on Monday, the SSLC exams will commence from Wednesday, the state police recruitment process will begin on March 17 and continue till May, the JEE entrance test will be held in April and the NEET exams in May-June,” Rymbui later said.

He said they resolved to convene such meetings frequently for public feedback on various issues, to ensure timely government response to public grievances and to ensure communal and legal equality. He warned people against taking the law in their own hands and said the government was looking into the issue of valid documents, as per the law, for those who do not possess the same.

The home minister appealed to all citizens of the state to restrain from violence.

Curfew was re-imposed in Shillong from 9pm on Tuesday, a home department official said. Mobile Internet services in the six districts were suspended on Friday night after clashes broke out at Ichamati.

In two orders issued on Tuesday, the East Khasi Hills administration said curfew in Shillong agglomeration and its adjoining areas had been promulgated from 9pm on Tuesday till 6am on Wednesday, and had been re-imposed in the entire Khyndailad and Anjalee Cinema areas, bordering Iew Mawlong, from 3pm on Tuesday after being relaxed for three hours from noon.

Assistant inspector-general of police G.K. Ïangrai said that curfew in Sohra and Shella areas has been reimposed from 6pm on Tuesday till 8am on Wednesday. Additional personnel of Rapid Action Force (RAF) are expected to arrive in the city on Tuesday night, he added. No untoward incidents were reported in Meghalaya on Tuesday.

Barak reaction: There have been strong reactions in the Barak Valley to the “warning” issued by Hynniewtrep National Liberation Council (HNLC) to Bengali Hindus to leave the Ichamati and Majai areas within a month.

Issuing the warning in a statement on Sunday, HNLC general secretary-cum-publicity secretary Sainkupar Nongtraw said: “If they fail to do so, we shall not be responsible for any untoward incident.”

Reacting to the “warning”, the secretary of the Assam unit of Amora Bangalee, Sadhan Purkayastha, said on Tuesday, “They (HNLC) should not dare to think that they will terrify Bengalis through warnings.” He said Bengalis have been living in Meghalaya (erstwhile Assam) for decades and were indigenous people of the state.

The founder-president of All Cachar Karimganj Hailakandi Students’ Association and a former BJP member, Pradip Dutta Roy, said Bengalis have been living in Shillong since it was the capital of Assam and had contributed immensely to the state’s development.

The president of the All Assam Bengali Hindu Association, Basudeb Sharma, said, “Bengalis have been targeted in the neighbouring state from time to time over the years. The Centre must intervene and ensure their safety .”

Additional reporting by Andrew W. Lyngdoh in Shillong and Swapnaneel Bhattacharjee in Silchar