Advertisement
Home / North-east / Peace, not strife, on our mind for Christmas

Peace, not strife, on our mind for Christmas 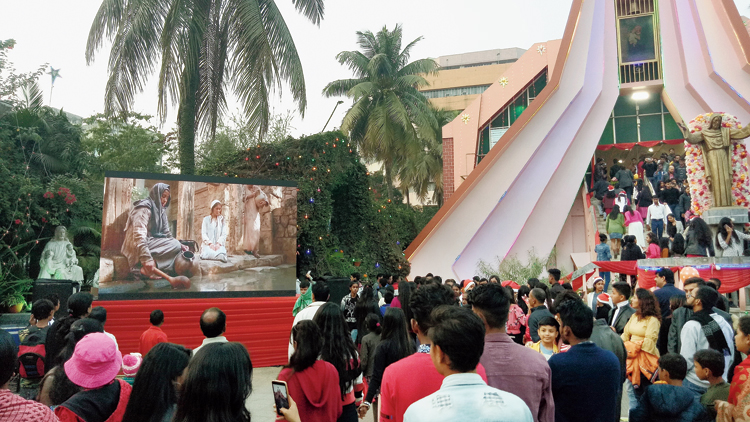 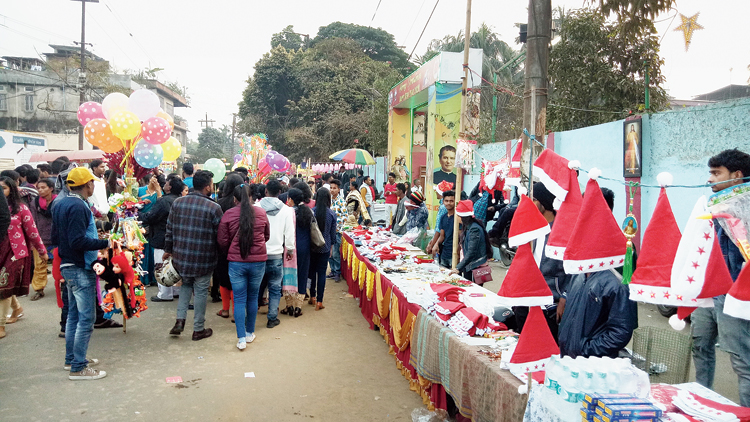 situation in the country and state.

A Christmas message from the Assam Christian Forum said it all: “We humbly pray that peace returns to our land, and every tear is wiped from the eyes of everyone who has suffered or lost their dear ones, and may the ruling dispensation understand the pain and anxieties of its citizens before trying to impose laws that is (are) bent to divide us.”

The Forum had earlier expressed its concern in the interior areas of the state, where the bulk of Christians reside, heading to churches in groups for the midnight mass on Christmas Eve.

Spokesperson for the Forum, Allen Brookes, put to rest the apprehensions on Christmas day when he said, “Reports from different places were positive. There were no untoward incidents and everything went off peacefully. Police pickets had been posted. Anyway, we advanced the prayer service in Upper Assam due to the situation and the cold wave”.

On the Christmas spirit, Brookes said, “The faith part of Christmas went off as usual but the larger celebrations were toned down more in solidarity with what was happening in the country. As a community, we are also part of society, which is facing an onslaught at the moment. The festive spirit was subdued. We would have gone a little further but there were apprehensions.”

In the city, however, things looked to be almost normal as the services in different churches went on till midnight and the day service also passed off normally. People started to come out since late morning and the crowds swelled as the day progressed. By early evening, the areas near churches were chock-a-block with people from different communities and age groups.

Families and youths came out in large numbers to celebrate the festive season that starts with Christmas and continues past New Year’s Day till Bihu in the middle of January.

A carnival atmosphere prevailed in Panbazar, the location of St Joseph’s and Christ Church, with makeshift stalls selling the ubiquitous Christmas caps, candles, food and other bells and whistles. The illuminations in the churches and the roads leading to them added to the distinctly festive atmosphere.

Groups of youth attired in the hippest winter clothes to ward off the chill that has gripped the city, and the state in general, headed to the two churches — particularly St Joseph’s near Don Bosco school -— to imbibe the Christmas spirit and click photographs.

Keeping up with the times, a special addition this time was an audio-visual display put up at St Joseph’s showing choirs singing hymns and Christmas songs, documentaries on the life of Jesus Christ and other religious videos.

Muslim Santa message: Sarifuddin Ahmed, 50, of Santipur in Nalbari dressed himself in a red Santa Claus outfit on Wednesday to spread the spirit of unity and harmony that the Northeast is famous for, to mark the festival of peace, Christmas.

Ahmed, who has been performing the annual ritual for the delight of the Christian community in the lower Assam town for a decade, drew the attention and appreciation of many this time in particular in view of the prevailing situation in the country.

Ahmed, who claims to be the first Muslim Santa Claus in Assam, roamed around the town wishing people and distributing sweets and chocolates.