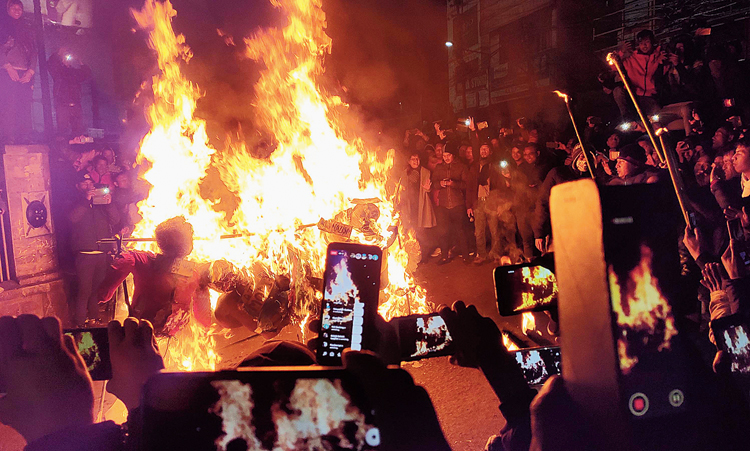 Hundreds of people turned up at Motphran here on Tuesday evening where an effigy of Tura MP Agatha K. Sangma was burnt while slogans were raised against the National People’s Party (NPP).

Agatha and her party NPP have faced the brunt of people’s outrage whether in the Meghalaya capital or in Garo hills after she supported the Citizenship (Amendment) Bill, which was passed in the Lok Sabha early on Tuesday.

In the Garo hills, which she represents, effigies of Agatha were burnt while there were also demands that she step down as MP.

While the Confederation of Meghalaya Social Organisations (CoMSO) organised the protest at Motphran, the popular landmark witnessed the gathering of hundreds of people who undertook a procession from Madan Iewrynghep.

Speakers at the gathering lambasted Agatha for supporting the bill while castigating chief minister Conrad K. Sangma and the NPP accusing them of “doublespeak” and “backstabbing” on the legislation.

This marked the first massive public protest against Conrad and the ruling NPP since it came to power in March 2018.

However, the Legal Rights Observatory, a pro-Hindu group, took to Facebook to praise Agatha.

It said her support “exposed” all “hypocrites” from the Northeast.