The company has requested engagement of local fishermen to 'identify oil spill, if any' in the affected Baghjan area 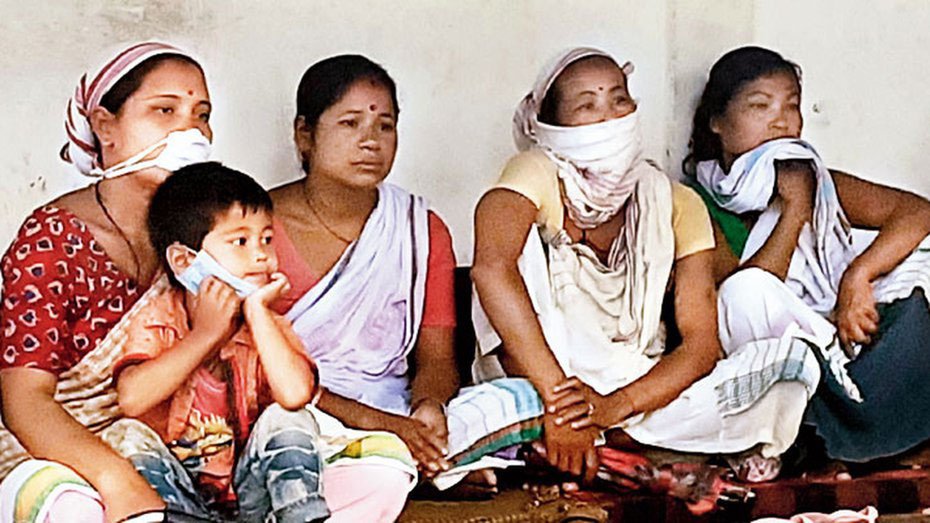 Oil India Ltd on Saturday appealed to the Tinsukia administration to probe the reported death of four persons from a nearby village allegedly because of pollution caused by the May 27 oil well blowout.

Oil India has also requested the administration to engage 20 local fishermen to “identify oil spill, if any” in the affected Baghjan area so that immediate action can be taken.

The company took the steps on a day the affected people organised a four-hour dharna from 11am seeking immediate implementation of their demands, including capping of the oil well that is oozing natural gas and condensate, and disbursal of emergency cash relief to tide over their losses.

OIL India had on Friday announced a compensation of Rs 30,000 for each affected family after the district administration submits a list of such people. The decision was taken at a tripartite meeting involving the local deputy commissioner and representatives of the affected people. The list is likely to be ready by Monday.

Earlier, the company had said that based on figures provided by the district authorities, 1,610 families had been evacuated to four relief camps.

A senior Oil India official told The Telegraph that they were having to contend with inclement weather and unsubstantiated reports about death and destruction. It has been raining in the area for the past three days.

“We don’t want to join issue with anyone because it will be our word against theirs. We are focused on capping the gas leak and compensating those who have suffered due to the blowout. We have urged a neutral person (deputy commissioner) to verify the cause of the deaths and also submit the headcount of the affected so that we can extend emergency relief,” the official said.

A situational report issued subsequently by Oil India said gas and condensates continued to flow uncontrollably from the well but that “utmost care has been taken to arrest condensate spillage to surrounding areas” and that a “bund has been created around the well site to prevent the contaminated water runoff to surrounding and nearby water body”.

Oil India also said that “poor” weather was hampering activities related to movement of men and machines and development of an approach road for removing equipment from the site.

The company has engaged local fishermen with boats to identify oil spill, if any, at Maguri Matapung Beel (a lake) so that immediate remedial action can be taken. A Guwahati-based firm has been engaged for bio-remediation of the oil spill, the Oil India statement said.

On moving the district administration for a neutral probe, the statement said the step was taken to ascertain the real cause of the deaths following local media reports “ that four persons have died in Natun Gaon (a nearby village) possibly due to pollution from the blowout”.

Several affected people had told this newspaper that the “condensate” or chemical spray from the blowout had adversely affected nearby water bodies, tea gardens, betel groves, crop fields and livestock, apart from birds, in the eco-sensitive area.

The continuous, ear-splitting noise — like that of an airplane taking off — and the air pollution that caused breathing difficulties have forced the evacuation of the villagers.Oil India has asserted that no human life has been lost due to the release of natural gas, crude oil spillage or condensate because of the company’s operations over the years.

The Oil India official said around 250 of its employees, including those on contract, were working at the site and nobody had complained of any serious health issues except itching in the eyes at the site. He said that at the most, people living within 1.5km of the site would be affected to some extent by the blowout.

Hemanta Moran, who participated in Saturday’s dharna, said nobody had died in Baghjan and that Natun Gaon was about 2.5km from the site of the blowout. “We are also hearing about the deaths and that they had health issues. The overall situation remain unchanged,” he said. He said a dharna would be held every day at the relief camp till their demands were met.