Advertisement
Home / North-east / NPP will never compromise on the aspirations of the people in the northeast: Conrad Sangma

NPP will never compromise on the aspirations of the people in the northeast: Conrad Sangma

The NPP, a BJP ally, is the first in the northeast to have earned the tag of a national party 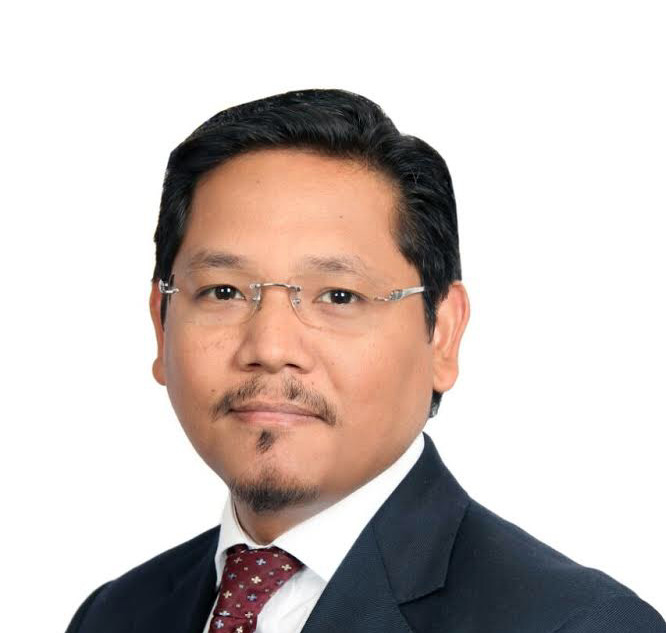 Meghalaya chief minister Conrad K. Sangma has said that his party would urge the Centre to hold parleys with all stakeholders on the Citizenship (Amendment) Bill, and to build confidence among people before making a move. The bill has led to massive protests in the northeast.
(Image: Wikipedia)
PTI   |   Shillong   |   Published 09.06.19, 08:28 AM

A day after the Election Commission (EC) granted the National People’s Party (NPP) the status of a national party, its president and Meghalaya Chief Minister Conrad K. Sangma has asserted that his party would never compromise on the aspirations of northeast people, while trying to expand its base beyond the region.

Addressing the party's first northeast co-ordination committee meeting here on Saturday, Sangma said the National People's Party (NPP) aims to take part in the country's policy-making decisions and work for the voiceless and the marginalized sections.

”Our motto and mission to serve the people of the northeast will always be of supreme importance, as we begin a fresh chapter to expand our footprint in new regions and strengthen our organization in the states where we already have a presence,” he said.

An ally of the BJP in Meghalaya, the Sangma-led party on Friday became the first political outfit in the northeast to have earned the tag of a national party.

It has been recognised as a state party by the EC in four states Arunachal Pradesh, Manipur, Meghalaya and Nagaland.

”The recognition of NPP as a national party is a great achievement for the people of northeast. I take this opportunity to congratulate each member of the party, who has worked tirelessly in different states.

”It is a moment for all of us to remember the ideals of our late leader (party's founder) Purno Sangma, whose contributions have made this possible. Though he is not among us today, his ideals will live forever,” the Chief Minister said.

Talking about the Citizenship (Amendment) Bill, which the BJP has promised to bring into force despite massive protests in the region, Sangma said his party would urge the Centre to hold parleys with all stakeholders and build confidence among people before making a move.

”We will never compromise on the regional aspirations of the people of northeast and engage in consultations to protect and safeguard the interest of the indigenous communities,” he said.

The 'national party' tag is a “testimony of how every member has worked for it, brick by brick”, the NPP leader said.

”It is the because of collective contribution of all states, including candidates who contested and lost the polls and MLAs who won, that the party was accorded the status.

”The NPP is not just a party from the northeast, but a party purely created by the northeast to fulfil the aspirations of our people,” Sangma added.

The NPP has 21 MLAs in the 60-member Meghalaya House, four in the Manipur House and five MLAs in Arunachal Pradesh. It had two MLAs in Nagaland until they merged with the ruling Nationalist Democratic Progressive Party earlier this year.

Veteran leader and former chief minister D. D. Lapang, who was also present at the meeting, said the party will prepare a road map to take its ideologies and vision to every nook and corner of the northeast.

”It is our responsibility to carry forward the onus of representing the regional aspirations at the national level. The NPP has remained committed and it will continue to fulfil its agenda,” Lapang said.

Among others who were present at Saturday's meet were Manipur Deputy Chief Minister Joykumar Singh and legislative party leader of Arunachal Pradesh Mutchu Mithi.