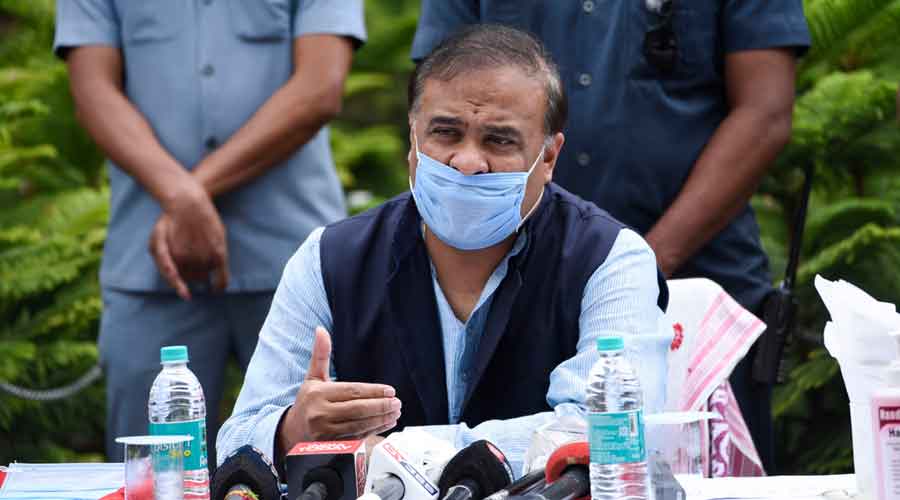 Assam chief minister Himanta Biswa Sarma had revealed during his recent visit to Delhi that the government was on the verge of signing a peace pact with six militant outfits from Karbi Anglong and West Karbi Anglong districts
Shutterstock
Umanand Jaiswal   |   Guwahati   |   Published 15.06.21, 12:42 AM

At least nine non-tribal organisations from the undivided Karbi Anglong district of Assam have moved President Ram Nath Kovind, Prime Minister Narendra Modi and Union home minister Amit Shah to “ensure” the rights of their people when the government signs a proposed peace deal with six militant outfits from the region.

Before the Karbi Anglong-based groups, several Naga organisations had also expressed reservations over the proposed deal after Assam chief minister Himanta Biswa Sarma had revealed during his recent visit to Delhi that the government was on the verge of signing a peace pact with six militant outfits from Karbi Anglong and West Karbi Anglong districts.

These outfits had joined the mainstream in February this year.

Though the details of the deal have not yet been made public, Anil Toppo, chief adviser, All Adivasi Students’ Association of Assam (AASAA), Karbi Anglong district committee, told

The Telegraph they have articulated their concerns to the government over the proposed peace agreement.

“We just want the government to ensure that the rights of the non-tribal communities living in Karbi Anglong are not diluted in any way. Our land rights and our voting rights should be ensured like before.

“We also want that at least 12 seats in the Karbi Anglong Autonomous Council are open for even the non-tribals to contest,” Toppo said.

The Adivasi leader said non-tribals constitute over 60 per cent of the undivided district’s over 10 lakh population and they could contest in all the 26 seats of the existing council during polls.

KAAC is one of the three autonomous councils in Assam under the Sixth Schedule which provides for protection of the rights of tribal people.

The other two councils are the Bodoland Territorial Council and the North Cachar Hills Autonomous Council (NCHAC).

The Naga Students’ Federation and the NSCN (IM) too have reservations over the proposed pact with the NSF claiming the Naga populace of the district were not consulted, while the NSCN (I-M) said the proposed Karbi Anglong Autonomous Territorial Council should not “override” the interests of Rengma Nagas living there.

The NSCN (I-M) upped the ante on Monday by asserting the “present Karbi Anglong areas” were officially declared Rengma Naga Hills in 1841 under the British rule.

“The Karbis who are immigrants from different places like Sivasagar, Nagaon, Cachar, Tezpur, Lakhimpur, Silchar and Khasi and Jaintia Hills during the British rule cannot claim themselves the status of original inhabitants,” an NSCN (I-M) statement said.

After the proposed peace deal is signed, it will be the second pact inked by the central government since January 2020. The first peace deal was signed with all the National Democratic Front of Boroland factions which saw the Bodoland Territorial Area Districts (BTAD) being renamed as the Bodoland

Territorial Region (BTR) and vested with more powers, among others.

The NSCN (IM) on Monday claimed that security forces  gunned down “eight” cadres of  the DNLA on May 23 in a “fake encounter” at Dugudisha in Assam’s Karbi Anglong district.

“The security forces should not drag NSCN’s name to save its face...,” the Naga organisation said while denying allegation of using the  Dimasa National Liberation Army (DNLA) for extortion in Assam. Officially, six DNLA cadres were killed in the encounter bordering Dimapur district of Nagaland.

An intervention application has been filed in the Supreme Court  in WP (C) 620 of 2021 on behalf of students of Assam,  seeking cancellation  of Class X and Class XII board examinations in the state.

The application contends that it will be just , reasonable and equitable that the examinations are cancelled to ensure the mental health of students as well as equality among students of various boards.

The government has asserted it will hold the examinations before Between July-August.