No to BJP, says Mizoram CM

Zoramthanga said his party had never supported the BJP 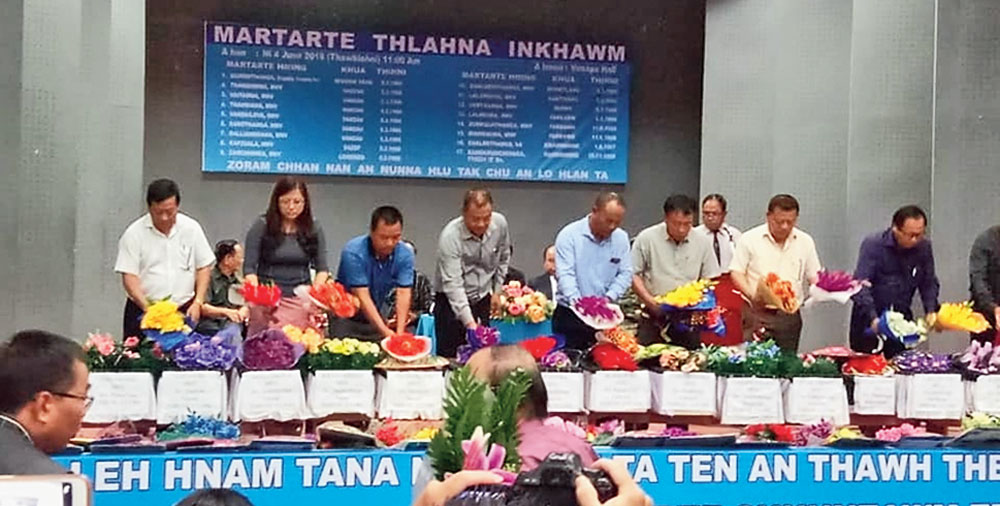 He said the MNF had come under severe attacks by rival parties during almost 60 years of its existence.

Founded by former chief minister Laldenga in 1961, the MNF, which spearheaded a secessionist movement for 20 years, later turned into a political party after signing the historic Mizo Peace Accord in 1986. The party will turn 58 in October this year.

At an event to pay tribute to 17 Mizo martyrs — who had laid down their lives during insurgency — at Vanapa Hall here on Tuesday, Zoramthanga said: “Our rivals attack us and make baseless allegations, but the MNF has never supported or become part of the saffron party.”

He said the MNF draws inspiration not from Laldenga or other leaders but from “Almighty God”.

Zoramthanga said: “We completely rely on our motto ‘For God and our nation.’ The Almighty has saved us despite violence unleashed by rival political parties who tried to destroy us. Unlike other political parties, the MNF has never changed its name and will never do that in future.”

The former rebel leader-turned-politician claimed that the MNF cadres did not surrender to India and they shunned violence for betterment of Mizo people.

He said: “We pay tributes to the martyrs today because they had sacrificed their lives for the state of Mizoram which was most valuable and the greatest treasure they had. Martyrdom is the highest qualification and no other qualification can match it.

“The Mizo heroes had laid down their lives for Mizo people and Mizoram will serve as a sources of inspiration for future Mizo politicians.”

The skeletal remains of the 17 martyrs will be buried at the martyrs’ cemetery at Luangmual on the outskirts of Aizawl, said former Mizo National Army president Rochungnunga.

The martyrs who died during insurgency are buried in the state and other countries.