No let-up in NRC re-verification woes 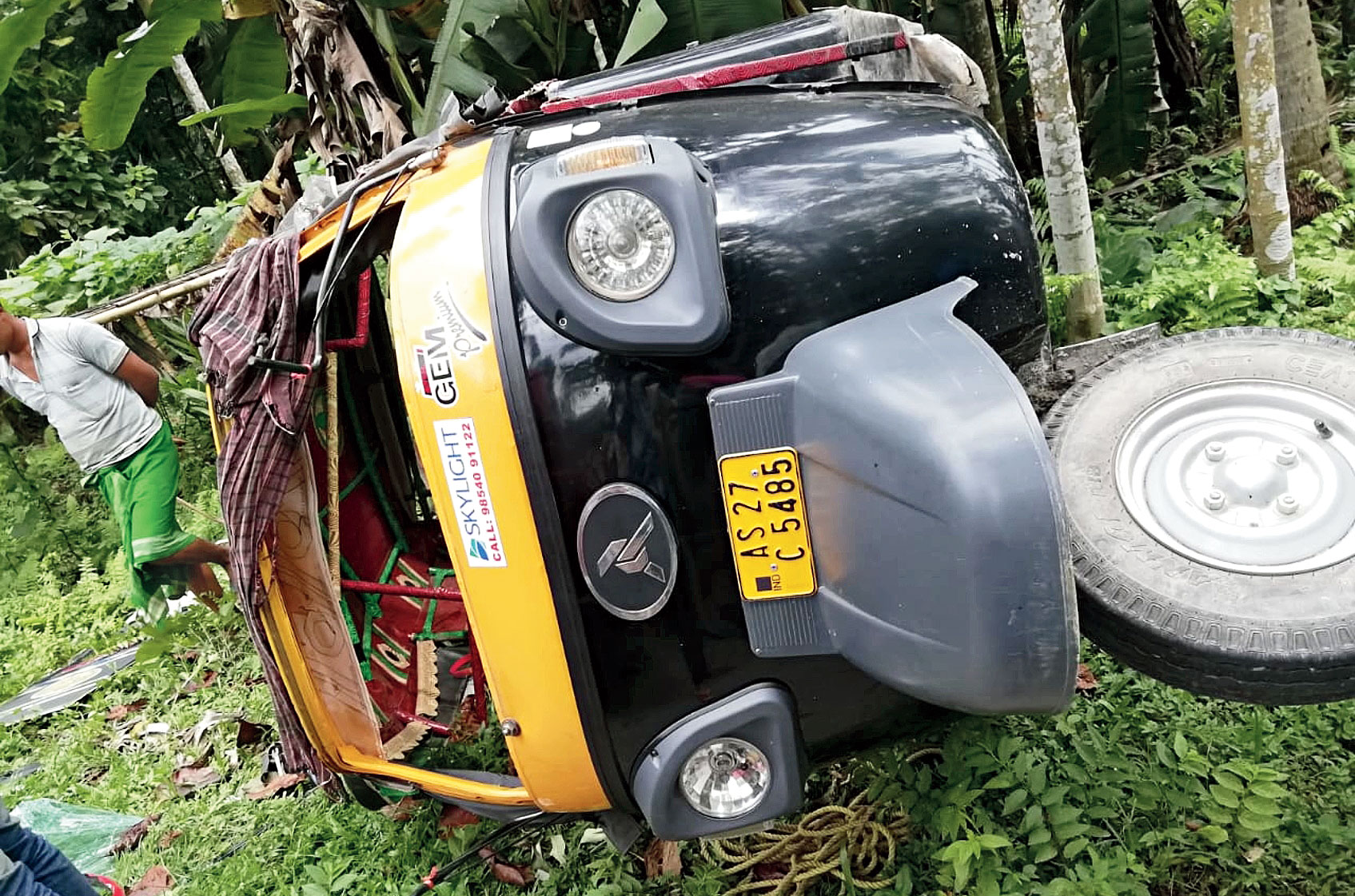 Twelve NRC applicants were injured, two of them critically, when an auto rickshaw carrying them and their family members to a hearing centre met with an accident at Ekrabari under Rowta police station in Udalguri district of Assam on Thursday morning.

This is the fourth incident involving NRC applicants, in as many days since Sunday night, leaving four dead and 82 injured.

The 12 passengers, including six children, were going from their village Sidhakhowa in Udalguri, to the district deputy commissioner’s office, a distance of 15km, to attend a hearing for re-verification of their NRC documents. They had received the notice on Wednesday to attend the hearing on Thursday.

Near Ekrabari bazar, about 120km from here, the speeding driver lost control of the vehicle at a turning and the auto turned turtle. 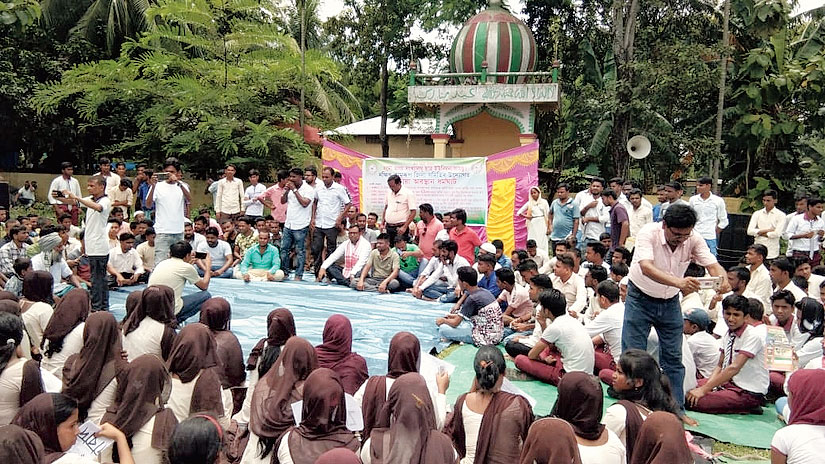 The protest in Goroimara on Thursday.

Mohoruddin Ali, Kurban Ali, Abeda Khatun, Siraj Ali, Monowara Begum, Sukkur Ali and the children were injured. All of them were admitted to Mangaldai civil hospital.

Azad Ali, relative of Mohoruddin, 40, who was not able to speak, said, “The driver, who was speeding, lost control. The auto veered across the road and overturned. We had got a notice on Wednesday to attend a hearing for re-verification of NRC documents the next day.”

On Sunday night, two bikers had died and 10 bus passengers were critically injured when the bus, carrying 52 people from Kamrup to Golaghat district for NRC re-verification, collided with a dumper at Khanapara, on the city’s outskirts. The bikers and all the bus passengers suffered burn injuries when hot bitumen being carried by the dumper for road construction fell on them. Two persons also died and nine were injured when a bus carrying NRC applicants and their family members met with an accident at Bamunigaon in Kamrup district of Assam late on Tuesday night.

Bus mishaps also occurred on Monday and Wednesday nights. While several passengers were injured, no death was reported. 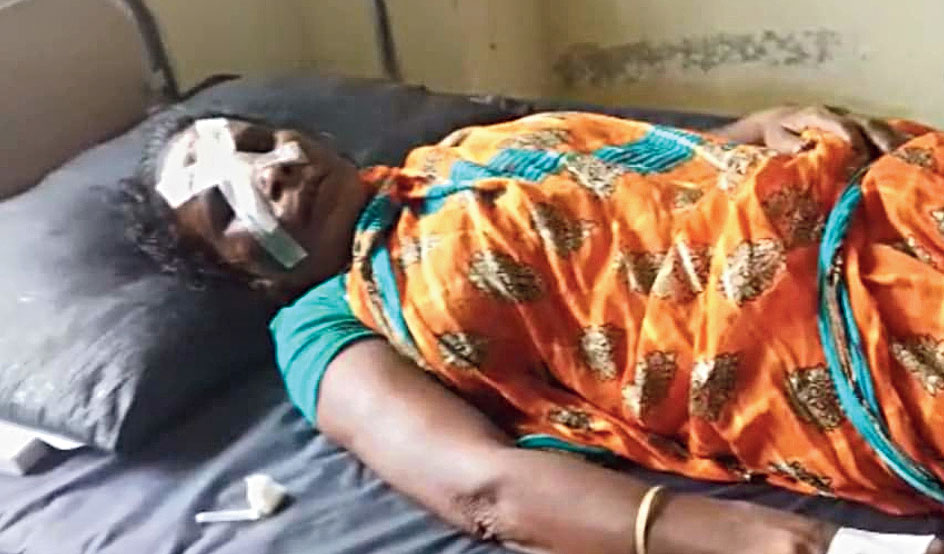 One of the injured passengers

The All Assam Minority Students’ Union, students and locals staged a protest for more than two hours at Goroimari under Chaygaon constituency in Assam’s Kamrup district on Thursday against the NRC re-verification hearings.

The protesters alleged that people are having to travel 300km to 500km for the hearings at very short notices.

AAMSU state president Rejaul Karim Sarkar accused Hajela of harassing minorities in the name of NRC verification. He said the fresh move had resulted in mishaps, injuries and deaths.

He requested the state government and Hajela to put an end to the harassment and stop trying to label Indian minorities as Bangladeshis.

He said his organisation would stage demonstrations across Assam if this harassment did not stop.