The bill creates hatred among us, says Aribam Syam Sharma 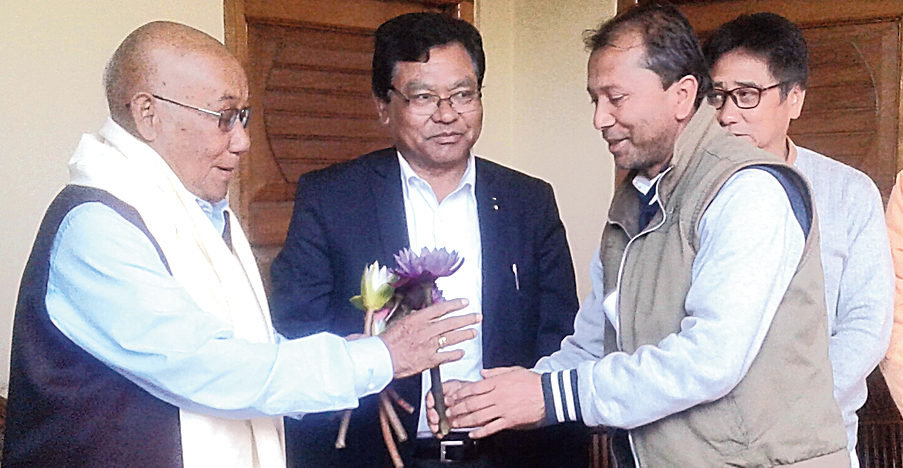 The film fraternity of the region backed the decision of Manipur filmmaker Aribam Syam Sharma to return his Padma Shri in protest against the Citizenship (Amendment) Bill, 2019.

Haobam Paban Kumar, a multiple National Award-winning filmmaker of international repute from Manipur, termed it painful. “I support his cause. Every northeasterner should. For the other parts of the country, it’s fine. But for the Northeast, it’s an absolute no,” Haobam, who is working on a documentary on Sharma, told The Telegraph.

On Sunday, Sharma, one of the living legends of cinema in the region, had announced that he was returning the Padma Shri.

Deep Choudhury, the winner of the Indira Gandhi Award for best debut film of a director for Alifa and the secretary of North East Filmmakers Forum (NEFF), said, “It’s sad for an artiste to refuse the recognition for his lifelong contribution to society…but for one’s motherland, it can be done again and again. Salute to you Aribam Shyam Sharma! I hope your sacrifice will not go in vain.”

Film researcher Parthajit Baruah, the author of Face to Face – The Cinemas of Adoor Gopalakrishnan, said, “Sharma is a very down to earth person and a politically conscious filmmaker. He is not against any government but what compelled him to do so is the prevailing scenario. This indicates his angst. He has done what he felt and wants to live in a peaceful environment.”

Dominic Sangma, one of the most promising filmmakers of the region from Meghalaya, said: “It is unfortunate that Aribam Syam Sharma had to take this step. We all know if the bill is passed we will be an endangered species in our own home. If our so-called representatives or political leaders take a moment’s pause from their pursuit of power and think beyond their personal gain, then Aribam Sir will do what he does best — making films.”

Members of the Manipur People Against Citizenship Amendment Bill 2016, a core committee of 72 civil society organisations of the state, on Monday hailed Sharma’s decision.

Expressing gratitude for the “inspiring step”, members of the committee presented flowers and a shawl at his residence at Thangmeiband Lourung Purel Leikai in Imphal. “This bill creates hatred among us. The whole of India should stand against this dangerous consequence,” Syam Sharma said.

“People in the Northeast are insecure when the voices of the comparatively few MPs in Parliament are not listened to, as if to dilute the small indigenous groups along with its identity and culture. I fear that there is no future of Manipur and Northeast. We cannot remain silent when the President says to pass the bill dishonouring the voice of the people of the region,” he said.

He appealed to the senior citizens of the state “to play a role in opposing the bill at this crucial juncture”.Ningthouja Lancha, a cultural activist and member of the core committee said, “We regard this as a symbolic step to inspire national awardees in different fields to show resentment against the bill.”

Disowning the award served as an inspiration to the movement against the bill, Amu Kamei, another member of the core committee, said.

“Despite differences among every community in the state, let’s move forward together to protect the future of Manipur,” he said.

People continue to stage rallies in Imphal and elsewhere opposing the bill.