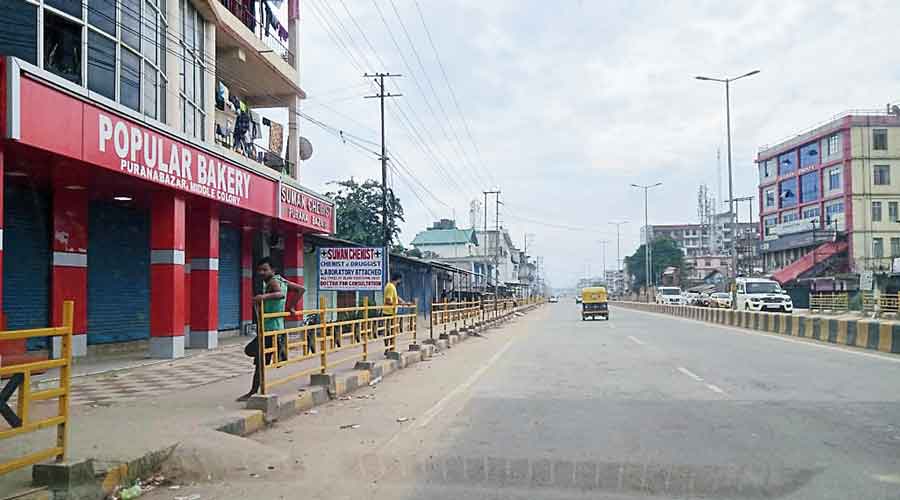 Nagaland’s business community on Thursday protested against “multiple taxation” by the Naga political groups (NPGs) and government agencies by observing a 12-hour bandh despite the state government urging the trade bodies to call it off.

The bandh, which was successful and peaceful across the 12 districts of Nagaland, was necessitated by the fact that the business community was finding it increasingly difficult to operate under the prevailing circumstances, the Confederation of Nagaland Chamber of Commerce and Industry (CNCCI) president Khekugha Muru told The Telegraph.

Those who had called the bandh used the term NPGs to refer to the National Socialist Council of Nagalim (I-M) and all its factions. Barring NSCN-K, all factions are engaged in the ongoing peace process with the Centre to resolve one of the longest-running insurgencies in Asia.

Those familiar with Nagaland said businessmen and traders not only have to pay “taxes” to the NPGs but also to government agencies. These taxes either force traders to hike the prices of goods or sell them at little profit or no profit.

Muru said the bandh was called in protest against the state’s “unsatisfactory response” to their demands placed before the chief secretary on September 9. The CNCCI’s demands included a solution to multiple taxation by the NPGs and civic bodies on commodities that are covered by the goods and services tax (GST) and inclusion of representatives from the business community in the decision-making process of civic bodies among others.

The Nationalist Democratic Progressive Party-BJP government is in power in Nagaland.

“Multiple taxation leads to rise in prices of non-GST items by at least 10-15 per cent above market price. For GST items, we have very little profit or no profit. It has become very difficult for us to conduct business,” Muru said.

The Dimapur Chamber of Commerce and Industry (DCCI) imposed the bandh in the district, considered the commercial hub of the state.

Former Nagaland governor R.N. Ravi had in June raised the “taxation issue” following a claim by a “Naga armed organisation” engaged in the peace process that it had a right to collect “tax” from the people and this right had been “recognised” by the government’s representative negotiating with them.

The NSCN (I-M), which had made the claim on June 19, responded by hitting out at Ravi for questioning the “taxation right” of the organisation while asserting that the “nominal taxations” it collected would continue.

“The Naga nation does not require permission from the government of India for taxation. The matter remains loud and clear that at no point of time the Nagas became Indians either by conquest or consent. Thus, it is too far-fetched for the governor of Nagaland state to issue such an outrageous statement on taxation,” the NSCN (I-M) had said.

The Centre “opposing taxations” by the outfit “violates” the Framework Agreement signed in 2015 wherein the “two entities have agreed to coexist peacefully as two different entities sharing sovereign power”, the outfit added.

The peace process between the NSCN (I-M) and the Centre, which began in 1997, seems to have got stalled because of “differences” between Ravi and the outfit. Those in the know view Ravi’s transfer to Tamil Nadu as an attempt by the Centre to put the talks back on track.