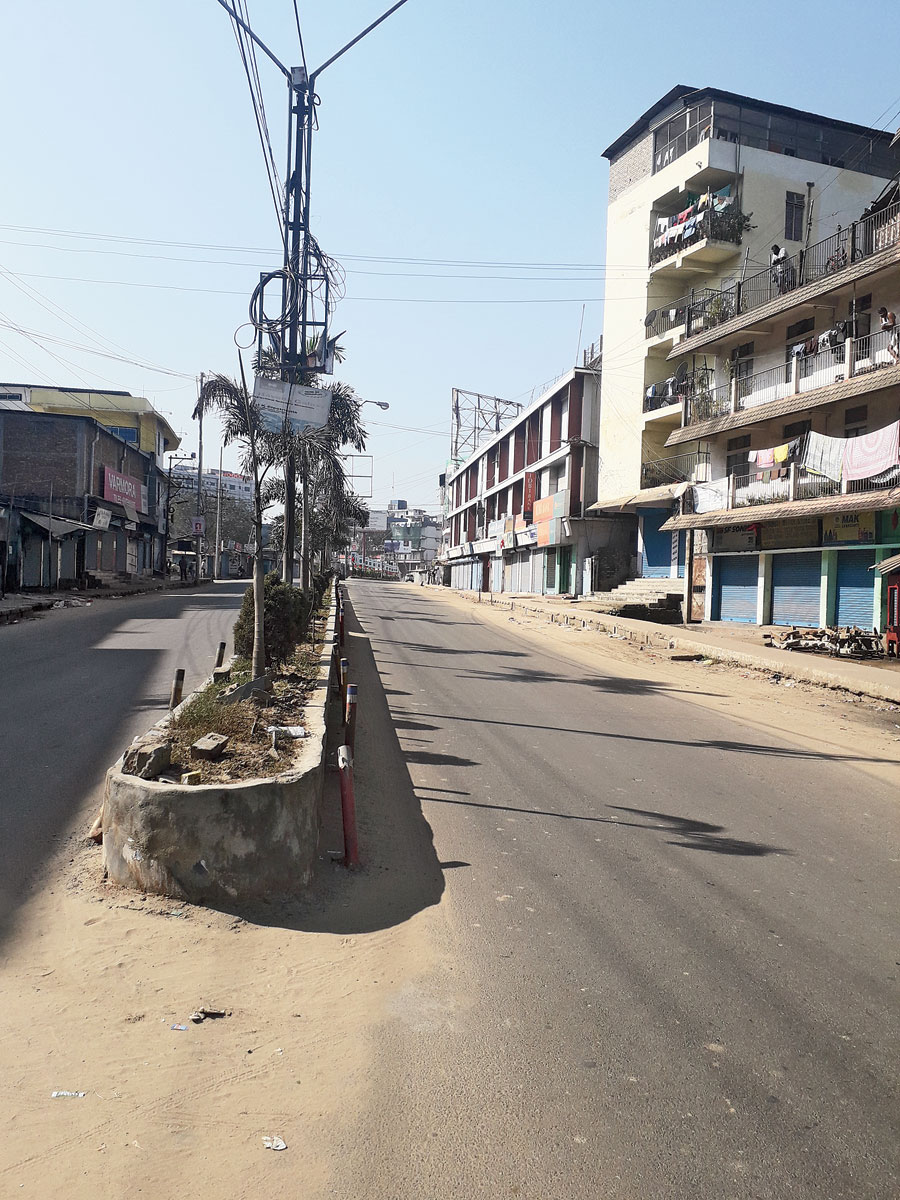 A six-hour bandh called by the Naga Students Federation (NSF) from 6am in all the Naga-inhabited areas against the Citizenship (Amendment) Act passed off peacefully on Saturday.

All offices remained closed and vehicles remained off the roads. Exams were exempted from the bandh. No untoward incident was reported.

NSF vice-president Dievi Yano and general secretary Liremo R. Kikon said the decision was taken as the bill was passed in Parliament against the interests and sentiments of the indigenous people.

They expressed displeasure at Nagaland Lok Sabha MP Tokheho Yepthomi (Nationalist Democratic Progressive Party) and Rajya Sabha MP K.G. Kenye (Naga People’s Front) and Manipur Lok Sabha MP Lorhe S. Pfoze (NPF) for voting in favour of the bill “without considering the threat and the consequences” it posed to the indigenous inhabitants of Northeast. The NSF demanded a public clarification from the MPs on how the act will not affect the people they represent.

Nagaland Joint Christian Forum president Rev. Zelhou Keyho said the inner-line permit alone does not make Nagaland safe from the citizenship law. He said since the northeastern states are interconnected, none of the states in the region are safe.

Nagaland deputy chief minister Y. Patton, who met non-Naga communities of Dimapur on Friday following extension of ILP to Dimapur district, said Indian citizens would not be harassed because of ILP.