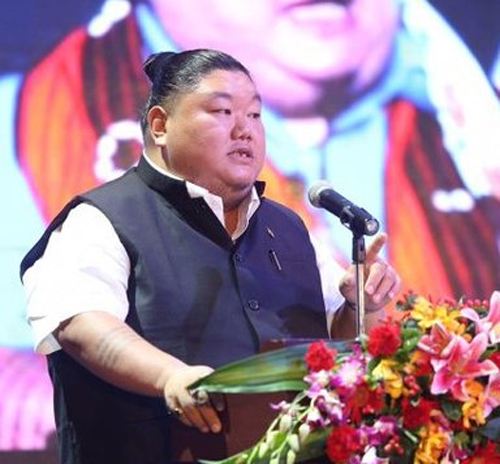 The Naga Students’ Federation (NSF) on Monday criticised the Nagaland unit of the BJP for launching the missed-call campaign in support of the Citizenship Amendment Act (CAA).

State BJP president and minister Temjen Imna Along launched the campaign in the state on Saturday.

In a statement on Monday, NSF president Ninoto Awomi said the state BJP president have kept in mind the sentiments of the Nagas who have been hurt by the passage of the Citizenship (Amendment) Bill though he may have followed the directive of the central BJP while launching the CAA missed-call campaign.

Awomi said the missed call initiatives was like provoking the general public. “As a Naga leader, he should choose to rather respect the sentiments and wishes of the people,” the NSF president said.

“What was the necessity to impose this ‘most unwanted law’ when the state has been declared peaceful,” the apex body of tribal organisations said.

In a release, Hoho general secretary K. Elu Ndang said the army act is only a means to terrorise and create fear among innocent people.

“The draconian law is not to maintain law and order in the region but to act and suppress the people,” Ndang said. “The imposition only proved the iron hand of India and militarisation against the Nagas,” he said.

The apex body maintained that the past decades had proved beyond doubt that through this “demonic law” many human rights have been violated and fundamental rights of citizens violated by the armed forces.

Saying that this “inhuman law” has lost its relevance in a civilised society and its applicability had no place in the modern world, the group demanded that the AFSPA must be repealed if the Centre truly honoured the Naga peace process.

The apex body was also of the view that the Nagas cannot fully blame the government of India for imposition/extension of AFSPA, saying the Centre alone might not have acted upon without the consent or recommendation from the state government.

It urged the state government to take an initiative to remove “this draconian law from our land”.