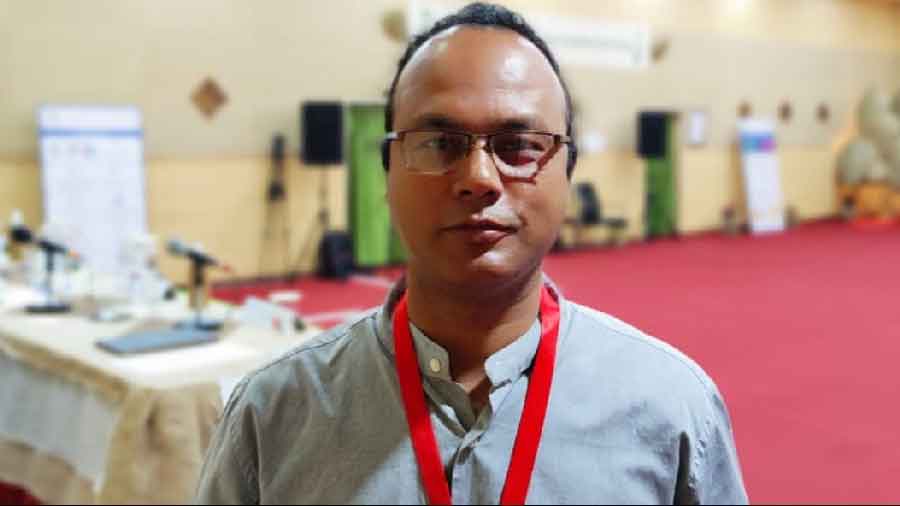 Meghalaya state BJP vice-president Bernard N. Marak, who was arrested in Uttar Pradesh on Tuesday in connection with his alleged involvement in an immoral trafficking case, is in for more trouble with police registering two more cases against him.

The West Garo Hills police have lodged the fresh cases under the Protection of Children from Sexual Offences (POCSO) Act and the Explosives Substances Act. The POCSO case is based on the medical records of one of the six children rescued from Marak’s farmhouse — Rimpu Bagan — during a police raid on July 22 while the recovery of explosive substances at his farmhouse on Thursday led to the FIR under the Explosives Substances Act, 1908, the police said on Friday.

Altogether six minors were rescued and 73 persons arrested from the farmhouse, which was allegedly used as a brothel by Marak and his accomplices, the police claimed after the raid.

Marak was on the run since the raid before his arrest in Uttar Pradesh.

He reached Tura, the district headquarters, around 2.30pm on Thursday after a Uttar Pradesh court gave two days’ transit remand to the Meghalya police on Wednesday.

West Garo Hills SP V.S. Rathore told The Telegraph that a team of the district child protection unit and Meghalaya police went to Rimpu Bagan on Thursday to collect the clothes and books of the rescued children.

The team found one small door-like structure. “When this door was broke open, 35 gelatin sticks (explosive substance), 100 detonators, four crossbows and 15 arrows were found. All the items were seized in presence of independent witnesses and shall be produced in court soon,” he said.

Rathore added: “As per medical reports of one of the rescued children, it has been found that the child has been sexually assaulted. Accordingly, a fresh FIR has been registered under POCSO Act and another under the Explosive Substances Act against the accused. There are three cases against him. More charges will be added depending on further revelations.”

Marak has been remanded in police custody for eight days.

The POCSO Act was enacted in 2012 to protect children from sexual offences and is gender neutral.

On Wednesday, the West Garo Hills district administration in Meghalaya had ordered a magisterial inquiry into the alleged irregularities at the farmhouse where the police raid took place on Saturday and submit the findings within 15 days. Police have claimed Marak’s farmhouse was allegedly used as brothel.

A local court had on Monday issued a non-bailable arrest warrant against Marak in connection with the Tura Women Police Station Case No.105(07)2022 u/s 3/4/5/6/7 of Immoral Trafficking (Prevention) Act,1956.

Hours before his arrest in BJP-ruled Uttar Pradesh, the state CID had issued a look out notice for Marak to all police stations, outposts and beat offices in Meghalaya and to police chiefs of all states and Union Territories, among others in connection with the case registered under multiple sections of the immoral trafficking act. Look out notice is usually issued to prevent those wanted by law from leaving the country.

The magisterial probe into issues related to the farmhouse will find out, among others, whether Marak is the actual legal owner of Rimpu Bagan; whether requisite permission was obtained for running such an establishment, whether any licence was issued against the owner of the premises for selling liquor and for running canteen and whether permission was obtained for keeping minors in the premises as they were allegedly being used as child labour.

Marak had refuted the charges of “absconding or evading arrest” and said that his “life is under threat from the goons in the police department”.

Even the state BJP threw its weight behind Marak with party chief Ernest Mawrie issuing a statement on Sunday about the accused being “unjustly framed and maligned” and that he was “victim of a political vendetta against him”.

The BJP is a constituent of the ruling coalition government headed by the National People’s Party (NPP) which is led by Conrad Sangma, the incumbent chief minister. Sangma and deputy chief minister Prestone Tynsong have asserted everything was being done in accordance with the law.